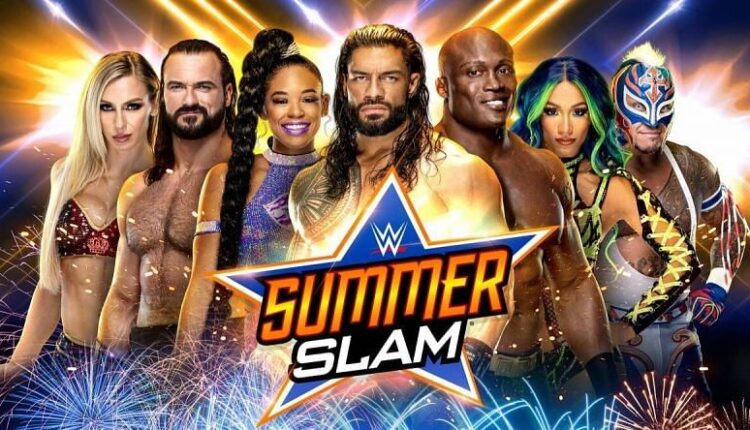 It may be the biggest WWE party of the summer, but it doesn’t sound like celebrities are attending.

WWE intended for Cardi B to host this year’s SummerSlam, but her pregnancy threw those plans out the window. As a result, the pay-per-view event went without a host.

It was reported this morning that WWE failed to get Mike Tyson to voice over for the opening of SummerSlam this weekend. But now it seems like WWE missed a lot more than just Iron Mike.

Fightful Select’s Sean Ross Sapp reports that WWE had plans to include Megan Thee Stallion in a spot starring SmackDown Women’s Champion Bianca Belair this Saturday, which the company believed was complete. But this agreement allegedly failed.

WWE SummerSlam won’t have a Cardi B, Mike Tyson, or Megan Thee Stallion

Sapp says WWE was informed last weekend that Megan Thee Stallion would not appear at SummerSlam. The reasons for the failure of the deal are currently unknown.

WWE has a long history of celebrity engagement over the past several decades with its largest pay-per-view events. It’s a bit of a surprise to kick off with three celebrities for what is arguably their biggest show of the year.

On the bright side, WWE SummerSlam will depend entirely on the company’s active line-up to deliver the most remarkable show possible. As a result, the wrestlers have a chance to prove that they can cause a stir themselves without celebrity involvement.

Are you surprised that there is apparently no celebrity engagement at SummerSlam on Saturday? Is that even important to you at the end of the day? Let us know your thoughts by sounding in the comment section below.

Seth Rollins is here speaking to Sportskeeda about that ‘Dean Ambrose’ comment. Listen!

New sports club for 35 and older adults opens in Toledo