Did you see Throwing Celebrities off a Bridge into a Ravine? It reminds me of my childhood 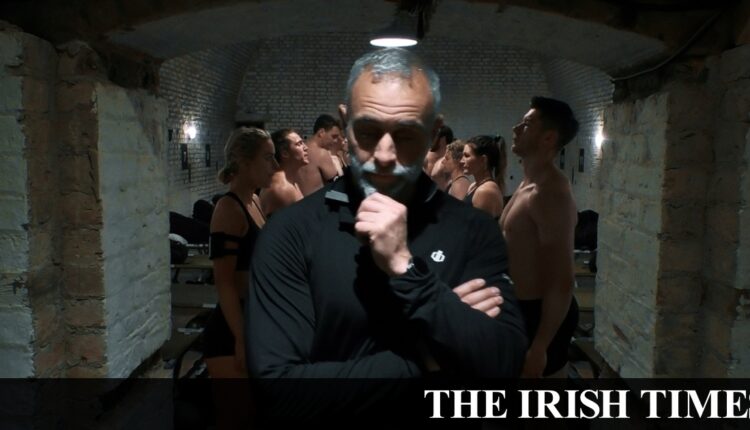 When I wrote about Channel 4’s Celebrity SAS a few weeks ago, I suggested that Britain’s new foreign policy under Boris Johnson Fire the UK’s excess celebrities at their enemies with a big catapult. In doing so, I may have become a little suspicious of the urgent militarism in this country because it invades everyone all the time. I mean there is a reason I don’t have a poppy in my byline image even though it is company policy.

I have a completely different attitude Special Forces: Ultimate Hell Week – The Professionals (Wednesday, RTÉ One) because the special forces in question are those of our own army, who are rarely at war with anyone except maybe the Curragh golf course or the guards. I’m an army brat too, so I have a lot of insight into their rare world that I’ll share with you in a few paragraphs.

Of course, these latter titles are perfectly good descriptions of the poor celebrities. “Celebrity” is a pretty loose term in this country, which is hardly an upgrade from “my favorite bar man” or actually “beloved local eccentric”. Many of the celebrities on this show are athletes. They play all the popular sports: lacrosse, rollerball, golf, Quidditch, breakdance, darts, and nationalistic ball sports (I can’t remember the names of all the sports), so they’re all pretty fit and healthy. For example, none of them is a busy television writer whose first reaction to the slightest danger is to lie flat on your back and cry and yell, “Carry me!” And “Bring me nice cheese!”

As of this week’s episode, the original 18 celebrities appear to have been reduced to 14. I don’t know how the four missing celebrities died (I missed the last two episodes but I assume they died) but I think they left this earth falling off a plane or burning while they were at the same time sign a discharge form that was recovered from her charred or falling corpse.

The gist of this program is that the various celebrities face the intense physical challenges and hardships that a typical Army Ranger must go through when training for action or, more likely, appearing on a show like this one. I know all about it. In my golden youth, I lived on a military base for a while. I remember the way the Irish Army prepared for the conflict by taking half a day on Wednesdays (and Fridays too if they were on the golf team) wearing ties and growing flamboyant mustaches and smoking a pipe in front of the subsidized bars. I may remember it wrongly. I also remember being loved by the whole camp.

In any case, after a few days’ absence, my militarist father turned up at home regularly in a fancy costume and with a camouflaged face. At first I just assumed it was some kind of newfangled lifestyle (I was a baby of the world) but it turned out that he was in charge of the Army Ranger Wing (I’m serious).

Dad made the army look like a great crack. He used to enjoy abseiling down building walls and jumping out of helicopters into the sea and complaining about how many shots the A-Team had fired without reloading

He made the army look like a big crack. He used to abseil down building walls with relish and jump out of helicopters into the sea and kill wild animals (mobile food) with his bare hands and complain about how many shots the A-Team had fired without reloading. When I was about 10, he even tried me with a machine gun, which you can’t do today because of stupid “laws”. I think I still have it somewhere.

It doesn’t look like fun being in the army in Special Forces: Ultimate Hell Week – The Professionals. In fact, another name for this program might be tossing celebrities off a bridge into a ravine, as this is the first activity of this episode. The celebrities who fall from the bridge are tied to springy ropes because of the “laws” mentioned above, but that doesn’t take away the horror of their experience. Could you actually use a lot of the footage here for a quiz show segment called Shivering with Cold or Shaking with Fear? Usually the answer in this program is “both”.

During the course of the program, the absolutely likeable celebrities are dangling from ropes of helicopters and swinging around Mizen Head like large human pendulums and have to storm into burning buildings to save heavy mannequins from the fire despite a lack of gratitude or sensitivity (the mannequins, not the Celebrities). Every now and then someone has a hood thrown over his head before he is pulled out of the group and interrogated by sinister authorities. (I know of such things from internal reviews of the Irish Times.)

Then, at the end of the show, when they are finally allowed to sleep, they are woken up in the middle of the night, forced to strip down to their underwear, immersed in the ice-cold water and forced to carry large logs. Now that’s a very specific fear of mine that I’ve never had. It is possibly a measure of how alienated modern life has become that this type of pointless leisure emergency is increasingly viewed as being filled with purpose. Don’t worry: climate change and the destruction of our supply chains will put an end to this.

Meanwhile on Ireland’s most exclusive homes for sale (Monday, RTÉ One), in the midst of a housing crisis, real estate agents in a silky voice offer us the hard sale of multi-million dollar hunting lodges, Georgian getaways and modernist mansions. This program is not going in the direction I expected.

At no point in their talk about these huge houses do the real estate agents talk about safe rooms, escape tunnels, arms stores, canned food stocks, and urban unrest. And at no point does Dermot Whelan, his lively narrator, say: “And now the angry villagers are building something … It looks like a wooden frame!”

In fact, there is absolutely nothing in this program about property theft and the historical inevitability of revolution, which to me comes down to like a blatant disregard for RTÉ’s famous “balance”. Still, this program will be a useful document as we seek places for the various soviets, collectives, and death cults in the not too distant future. Hell week indeed.