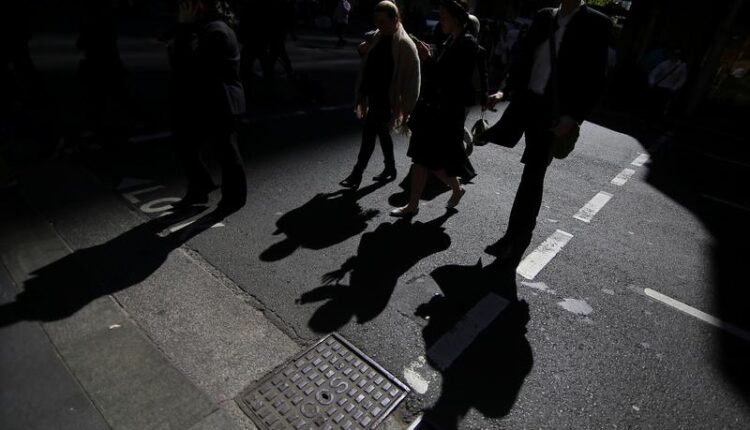 SYDNEY (Reuters) – Australia’s economy was already slowing in the June quarter before widespread coronavirus lockdowns reversed everything and left the country in a desperate vaccination race in hopes of opening up to recovery by Christmas.

Statistics released on Wednesday by the Australian Bureau of Statistics showed that gross domestic product (GDP) rose 0.7% in the June quarter. That was a decrease from 1.9% in the March quarter, but it beat the forecast of 0.5% and avoided analysts worst fears of a negative result.

Annual growth was the fastest in recent history at 9.6%, but only because the pandemic caused a sharp drop in the June quarter of last year that fell off the calculation.

That painful pattern replayed as the strict home-stay rules in Sydney, Melbourne and Canberra will shrink the economy 2-3% or more this quarter.

Prime Minister Scott Morrison’s Conservative government is pinning its hopes on a vaccination campaign that is picking up momentum after a weak start.

Current projections suggest the country could reach 70% of vaccinated adults sometime in October, which would allow the rules to be relaxed. Bulk bans could be abandoned altogether at 80%, which is slated for November.

“Assuming vaccination rollout continues at its current pace, the eastern states are likely to reopen in the December quarter and this will allow the economy to recover,” said Sarah Hunter, chief Australia Economist at BIS Oxford Economics.

“But the transition to a new COVID normal where there are persistent cases in the community will make some people wary and the recovery will extend to 2022 this time around.”

The Reserve Bank of Australia (RBA) expects a quick rebound once restrictions ease, although the proliferation of the Delta variant makes their latest growth forecasts optimistic.

The central bank is now under pressure to postpone the tapering of its bond-buying program planned for this month and is unlikely to hike rates from a record low of 0.1% until at least 2023.

June quarter numbers showed strength in consumer and government spending, housing and corporate investment, although much of this was offset by pressures from net exports and inventory levels.

This outperformance was largely due to the super-high prices for many of the country’s commodity exports, which increased its terms of trade by a massive 7.0% in the quarter and 24% over the year.

The household saving rate eased somewhat to 9.7%, but purchasing power was supported by a boom in property prices, which even appears to be impervious to the spread of Delta.