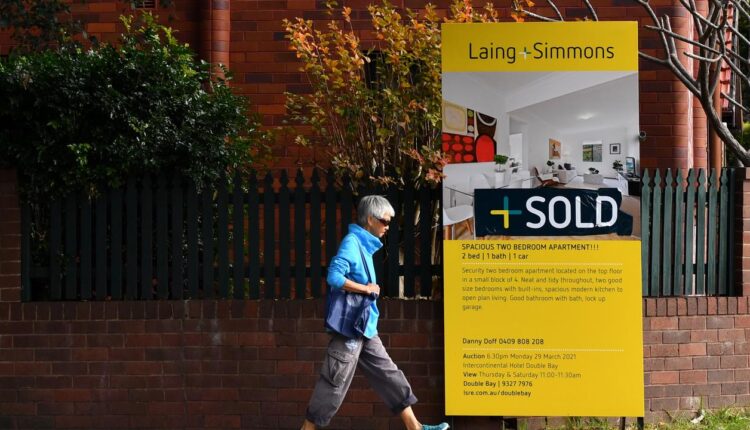 When we ponder interest rates in our collective consciousness, they are generally perceived as something that is changing extremely slowly. Like a giant supertanker that takes miles to change direction, once a course is set in the direction of the rates, there is great inertia propelling them in the same direction for years to come.

This was very true of Australia’s own reserve bank.

After the last rate hike in November 2010, interest rates have inevitably been on a downward trend for almost a decade.

However, since the RBA’s cash rate is close to 0 percent, there will come a time when a rate in the opposite direction must finally be considered.

So far, Reserve Bank Governor Philip Lowe has been pursuing a supertanker-like course that will see rates rise in about three years from mid-2024.

Despite mounting inflationary pressures in the United States and elsewhere, which is putting pressure on central banks to change course, Lowe seems steadfast so far in his determination to keep rates where they are.

On the other side of Tasman, the Reserve Bank of New Zealand (RBNZ) appears to be taking a very different course. An approach more like the agility of a fast moving motorboat than the supertanker style adopted by the RBA.

Earlier this year, a poll of Bloomberg economists expected the RBNZ to cut rates even further and sit at 0 percent by the end of 2021.

At the end of May, the RBNZ forecast that interest rates would remain unchanged until at least September 2022. RBNZ Governor Adrian Orr emphasized that the forecasts are “very dependent” on the kiwi economy recovering as expected.

“We’re talking about the second half of next year. Who knows where we’ll be by then, ”he said.

In mid-June, in view of the strong GDP growth, ANZ brought forward its projection of the first RBNZ rate hike until February 2022.

Investors and financial markets are now pricing in a 90 percent chance of a rate hike by the RBNZ at their next meeting in August.

Although the RBNZ predicts it will take 16 months for rates to rise, higher inflation and market expectations of a rate hike could spike it within a few weeks.

But the rate hikes should not stop there.

Westpac economists have forecast interest rates to rise in August, October and November. This would raise the RBNZ cash rate 0.75 percent from its current record low of 0.25 percent to 1 percent.

In just over six weeks after the RBNZ cautiously confirmed no rate hikes until September 2022, the RBNZ’s rate of interest changed completely.

When that happens, New Zealand will become a test case for rising interest rates across the western world.

What all of this means for house prices

While the strong economic recovery New Zealand has seen so far is likely to continue, longer term concerns exist that rising interest rates could weigh significantly on the kiwi economy.

But maybe it will be the biggest test of the real estate market.

According to an analysis by Interest.co.nz journalist David Hargreaves, the monthly repayment amount for the average first homebuyer mortgage would be around 17.5. rise if ANZ’s forecasts of 1.5 percent interest rate hikes by November 2022 are met. Over the life of a 30 year loan, including the expected interest cost and fees, this is an increase of up to 78.9 percent over what you are currently paying.

Despite their similarities, the RBA has a very different view of interest rates than the RBNZ, especially after the recent changes by the New Zealand government to include house prices in its mandate.

The fact remains, however, that conditions are changing rapidly and this could cause the RBA to raise rates years earlier than expected.

Before the lockdowns in South Australia, NSW and Victoria, that was exactly what was priced into the interest rate futures markets.

Of course, if the RBA raises rates, the lockdowns and growing uncertainty about the future of the economy will have an impact.

But if inflation continues to rise rapidly and stay outside the RBA’s 2-3 percent target range for an extended period of time, the RBA could be pushed out of its supertanker style onto a course similar to its more agile Tasmanian sister.

Because while the world continues to grapple with the pandemic, government incentives and their repercussions, all plausible results are on the table.

Tarric Brooker is a freelance journalist and social commentator | @AvidCommentator

HomeCo is targeting $ 600 million on a 4.5 percent return on HealthCo’s IPO