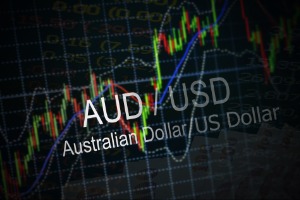 The rebound in AUDUSD has taken a step back this week.

While the RBA meeting initially seemed restrictive due to continued tapering, its decision to postpone the next taper decision will actually increase purchases over a 6 month period.

The markets are starting the Friday session slowly but bullishly. China did particularly well overnight, with Hang Seng up nearly 2% after a rare phone call between Xi Jinping and Joe Biden. This was an attempt to thaw the icy ties between the two nations, which have barely improved since Trump’s presidency. European stocks and US futures markets follow China’s lead with moderate price gains, while the US dollar is weaker against the majority of the G10. AUDUSD and NZDUSD lead the rally with gains of 0.43% and 0.56% respectively. Even so, AUDUSD will close lower for the week and the recovery rally from the August low has cracked. This despite an apparently restrictive RBA and bullish forecasts for the economy.

RBA meeting – something for the hawks and pigeons

AUDUSD appears to have been careful to take counterintuitive moves over the past few weeks. The August low of 0.71 came during the ongoing lockdown and a series of economic downgrades. Thereafter, a strong rebound earlier this week encountered resistance below 0.75 just as the RBA made what appeared to be a restrictive move. This is not unlike the movements in the euro this week, when the single currency underperformed just as the ECB cut its bond purchases in an initial restrictive move for the bank.

Some analysts expected the RBA to reverse its tapering plans this week due to the economic slowdown and prolonged lockdowns, but the bank kept pushing, cutting its bond purchases by an additional $ 1 billion per month, as well as bullish forecasts for that Economy as it recovers after reopening. While this looked restrictive at first, the RBA actually announced a delay in their next taper decision, which means the amount of QE will actually increase on balance over the next 6 months. As a result, the meeting could be negative for the Ozzie. Here is Westpac’s explanation.

“… the RBA decided to proceed with the immediate reduction from $ 5 billion to $ 4 billion this month, but then postpone the next review to February 2022 (before November). Keeping purchases at $ 4 billion a week from November to February instead of slowing the pace to $ 3 billion results in additional purchases of around $ 13 billion, tapering to zero $ 2 billion. “

This week’s AUDUSD low was around 0.735 so the dip has been fairly flat so far, with the relatively strong session on Friday bringing the pair back to 0.74. The recovery has slowed but not derailed. Optimism for the reopening remains high as previous reopenings have seen activity come back sharply. In fact, Westpac’s bullish forecasts for GDP are now being replicated by the RBA.

“Our growth forecast for 2022 is 7.4% and it appears that given this outlook, the board now agrees.

The RBA predicts that in the second half of 2022 the economy will regain the “pre-delta” path. This is priced in well upfront by the Ozzie and assuming this dip remains bullish the next upside target is 0.76 with AUDUSD hitting its 200 dma. A break above 0.76 would reverse the bullish trend and the pair could head for new highs in 2021.

Is the economy back to normal?