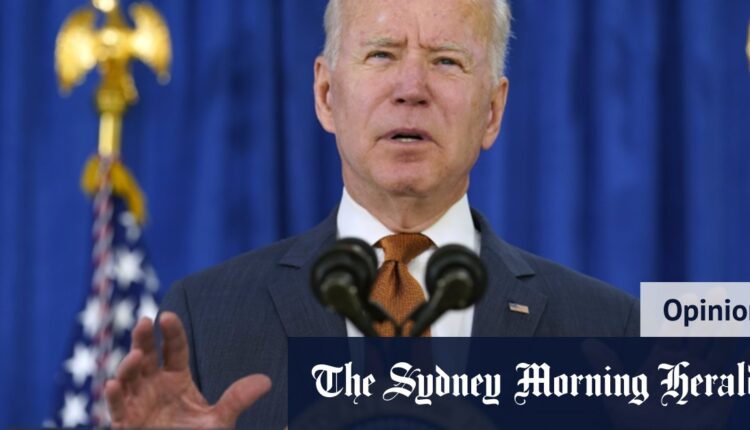 While the Biden government has an ambitious spending agenda – it has its own $ 1.9 trillion pandemic relief program in place, has a $ 1 trillion infrastructure program ahead of Congress and has a budget of $ 1 trillion on its own $ 3.5 trillion (albeit largely funded by tax hikes). ) – a large part of the expenditure is still pending.

The Treasury Department’s initial response to the debt limit being reached was to run down its cash reserves to avoid issuing new debt, sell some investments, and stop contributing to some state pension funds.

Given that the U.S. bond market, and especially its short end, are the main benchmarks for global debt, the impact of the shutdown and how and when it might or might not be resolved will have global implications.

The decision to reduce its cash reserves from $ 1.6 trillion earlier this year to about $ 450 billion now – along with the cessation of new government bond issues and an extension of the maturity profile of its bonds – was cited as a factor in the massive injections of liquidity into the US financial system that resulted in a lack of Treasury bills and pushed short-term US Treasury bond yields to near zero this year despite historically high inflation figures.

This cash and liquidity flowed through the government into the US economy and banking system and was parked overnight at record levels with the US Federal Reserve due to the excess liquidity in the system.

This could have affected the US stock market as well, as the ongoing decline in yields has further reduced the alternatives for even barely positive returns.

Janet Yellen has warned that failure to raise the debt ceiling could have “utterly catastrophic economic consequences” and trigger a financial crisis.Credit:AP

Treasury Secretary Janet Yellen has suspended new debt issuance Monday through at least the end of September. The Congressional Budget Office estimates that despite the extraordinary cash-saving measures, the government will run out of cash in October or November at the latest.

If so, the US would be unable to pay the interest on its debt – which currently stands at around $ 300 billion a year – and would be in a technical default.

That is unlikely, even though there are some Republicans who claim to be unimpressed by the prospect and Trump himself, citing his personal experience with debt, once suggested that he would continue borrowing as president knowing that When the economy collapses, you “make a deal” with creditors to buy back US bonds at a discount.

A resolution that raises the debt ceiling is likely, either through political maneuvers by Democrats who could use the budget reconciliation process to pass it by simple majority, or through democratic concessions on social spending. But it is likely that the Republicans’ aggressively partisan and uncooperative stance in response to the Democratic election victory will drag the process to hour 11.

That would not be good for the financial markets. Past closings have hurt the economy and financial markets, and the closer Congress gets to “X-Date” – the moment when there would be a default – the more volatile markets are likely to become.

Given that the U.S. bond market, and especially its short end, are the main benchmarks for global debt, the impact of the shutdown and how and when it might or might not be resolved will have global implications.

In previous shutdowns, paradoxically, there has been a flood of cash into short-term government debt in a rather peculiar version of a “flight to safety”.

Another phenomenon of past closings has been the avoidance of government bonds that expired during the closure period, resulting in divergent trading in the bond market.

Of course, if investors took the risk of default seriously, they would expect yields to rise – and the US stock market to fall – as people cashed out of the market to avoid losses. The resulting waves would be substantial and would flow across international markets and financial systems.

Given the new threats to the world’s largest economy from the spread of the Delta version of the coronavirus, US “domestic” politicians are now occurring at a fragile moment for the US and global economies. Signs are that developed countries are past the peak of recovery from the economic impact of the pandemic.

Yellen said failing to raise the debt ceiling would have “utterly catastrophic economic consequences” and could spark a financial crisis.

Hopefully common sense will prevail – but in the Trump era of US politics and with a Republican party very different from its predecessors, nothing can be taken for granted.