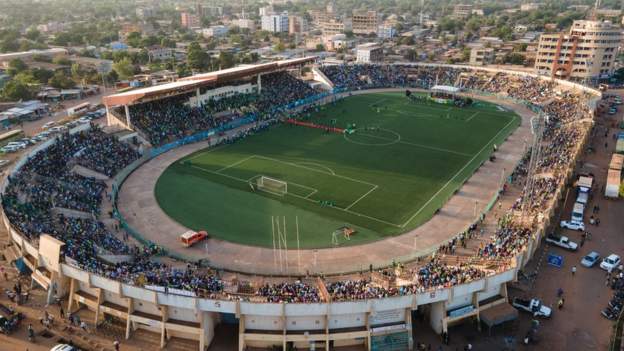 The reigning African champion will play against Burkina Faso on Tuesday, but in the Moroccan city of Marrakech and not in the stallions’ home stadium in Ouagadougou.

This came after Caf ruled under new President Patrice Motsepe that Burkina Faso was one of eight countries whose stadiums were not considered hospitable international games.

“It’s a radical decision and it shouldn’t be an eternal one. We need to upgrade stadiums across the continent. I’m delighted that Motsepe has placed a lot of emphasis on the stadiums we play in since he took office.” ”

The seven countries excluded from participating in this month’s World Cup qualifiers at home, along with Burkina Faso, are Central African Republic, Djibouti, Guinea-Bissau, Malawi, Mali, Namibia and Niger.

After an extensive review of stadiums and playing areas across Africa last year, the venues in the eight countries failed due to inspections by a team from Caf in August.

Morocco has won four of the nine games played on neutral ground, with Niger and Mali hosting games in the country alongside Burkinabe.

The Mauritanian capital Nouakchott was also the venue for the West African derby between Guinea-Bissau and Guinea.

Belmadi described infrastructure and refereeing as two major problems in African football and did not hesitate to criticize the condition of the field in the Algerian city of Blida, where his team is located beat Djibouti 8-0 last week.

“The pitch is the most important thing for us. We should have asked to move our game abroad as it doesn’t make sense to play at home.

“I feel like I’ve been talking about this issue since I arrived in July 2018,” said the coach who was appointed to his role earlier this month.

“Not much has changed, and if so, only for one game. There is no constant maintenance that a national stadium needs.”

Under Belmadi, Algeria are currently in Africa’s record unbeaten streak – with the defeat to Djibouti they have now been unbeaten in 28 games.

The world record is 36, with Italy recently joining Brazil to achieve the feat.