After the slump last year, the Turkish economy experienced a strong recovery in the second quarter 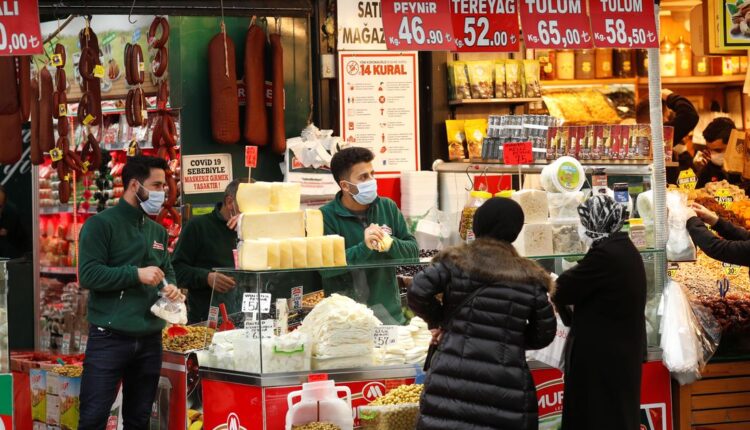 ANKARA, Sept. 1 (Reuters) – The Turkish economy grew a massive 21.7% year over year as expected in the second quarter, official data showed on Wednesday, and rebounded from a sharp slowdown the year before due to COVID -19 restrictions strong.

On a seasonally and calendar-adjusted basis, it increased by 0.9% compared to the previous quarter, as data from the Turkish statistical institute showed. The lira firmed down to 8.29 by the numbers from a closing price of 8.32.

However, the boom in economic activity is leading to double-digit inflation – and is being consumed by it. On Friday, August inflation is expected to stay close to the 18.95% recorded in July. Continue reading

Year-over-year economic growth was exactly the same as a Reuters poll for the second quarter. The survey also forecast 7.95% growth for the full year, but the latest data was seen as a cause for some upward revision.

“The leading indicators for July and August showed that economic activity maintained its momentum in the third quarter,” said Haluk Burumcekci of Burumcekci Consulting, who raised the growth forecast for the full year from 7.7% to 9.3%.

The $ 720 billion economy grew 1.8% last year, despite a 10.4% plunge in the second quarter, one of the few in the world to avoid an annual decline amid the first pandemic fallouts.

Growth in the second quarter was led by services, which rebounded 45.8% annually, followed by industry growth of 40.5% and information and communications sector growth of 25.3%.

The real estate sector recorded slower growth with an increase of 3.7%, the construction sector with 3.1% and agriculture with 2.3%.

Turkey has again imposed curfews, weekend bans and restaurant closings this year, including a tougher but brief lockdown in April and May due to rising COVID-19 cases. Manufacturing and the general economy were largely unaffected by the measures that were lifted in June.

The government officially forecasts 5.8% growth for this year, although Treasury Secretary Lutfi Elvan said it could top 8% annually with a strong performance in the second quarter.

The Turkish economy, which has grown by an average of 5% over the past two decades, has contracted well below this level in recent years.

Reporting by Nevzat Devranoglu in Ankara and Daren Butler and Ezgi Erkoyun in Istanbul; Editing by Jonathan Spicer, Dominic Evans, and Gareth Jones

Democrats Say Abortion Is on the Line in Recall Election. But Rolling Back Rights Wouldn’t Be Easy.