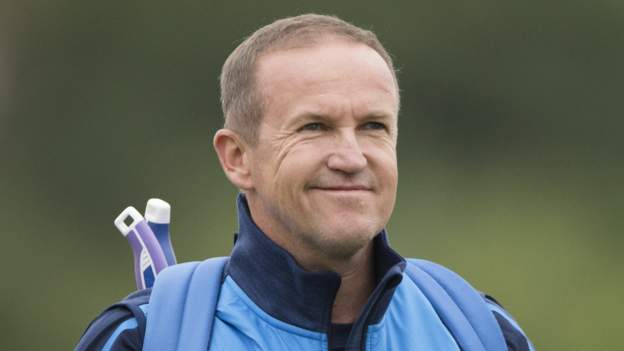 Andy Flower averaged 51.54 in 63 tests as a batsman for Zimbabwe

Former England head coach Andy Flower has been appointed as an adviser to Afghanistan for the T20 World Cup.

“We are delighted that Andy has joined. The team will benefit from his experience,” said Azizullah Fazl, chairman of the Afghanistan Cricket Board (ACB).

The tournament, which runs for a month from October 17th, will be held in the United Arab Emirates and Oman.

Flower, 53, left the England and Wales Cricket Board in October 2019 after 12 years in various coaching roles.

England won three Ashes series and the T20 World Cup during his tenure as head coach, and in 2011 reached number one in the test standings.

He was also Peter Moores’ assistant for two years and England Lions coach for five years.

Flower, who played 63 Tests and 213 ODIs for Zimbabwe between 1992 and 2003, held T20 franchise coaching positions, including in the Indian Premier League,

Afghanistan is in a group with Pakistan, India and New Zealand and two of the four teams that emerge from the pre-tournament qualifying round.

Afghanistan’s participation in the T20 World Cup had questioned after concerns, the Taliban would ban their women’s side.