Afghanistan and the dangers of a “bird’s eye view” 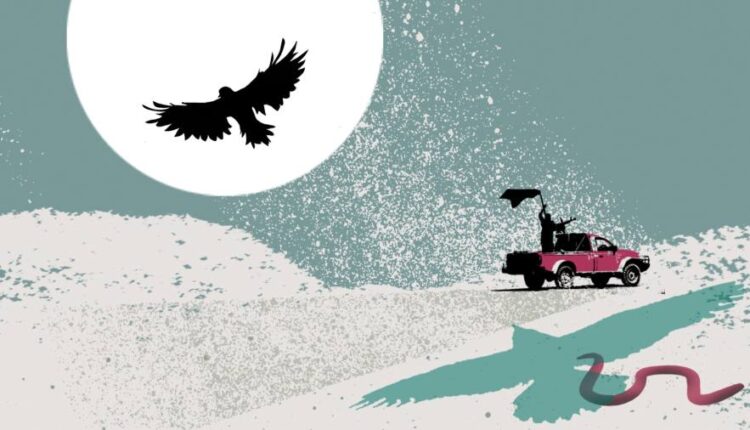 Subscribe to myFT Daily Digest to be the first to know about geopolitical news.

Three decades ago I learned in a personal and painful way how easy it is to go wrong in the Hindu Kush. It was 1990 and I had traveled to what was then the Soviet Republic of Tajikistan, near the border with Afghanistan, to do cultural anthropological research.

Before I arrived in the region, I was sure that I knew what to study: the “struggle” between Islam and communism. From the safety of a distant university library in Cambridge, it seemed clear to me in the late 1980s that a clash was bound to occur in the region as the Soviet army fought Islamist rebels in nearby Afghanistan. Western diplomats, on the other hand, viewed radical Islam as such a threat at the time that the CIA viewed places in Central Asia such as Tajikistan as the “soft dark side” of the Soviet Union because they seemed rebellious.

But when I actually got to the Hindu Kush and saw these mountains from a “worm’s eye” instead of a “bird’s eye view”, I realized that my assumptions were wrong. The locals adopted a tolerant, inclusive vision of Islam and were adept at dividing their lives into “Soviet” and “Islamic” spaces to minimize the feeling of clash. So, to my embarrassment, I had to rewrite the framework of my PhD thesis (and later tell anyone who would listen about the false assumptions made by these Western diplomats).

Thirty years later, Washington seems to be learning a similar lesson, albeit with infinitely more tragic consequences. Most importantly, it has become clear that President Joe Biden’s White House made such disastrously bad political decisions because it had a bird’s eye view of events, blinded by its own guesses and domestic imperatives. In other words, there was a lack of empathy for the predicament of ordinary Afghans, or even a flimsy understanding of local incentives.

Take the Afghan army. In the past few days, some White House officials have blamed the collapse of the Afghan regime on the alleged unwillingness of his army to fight. But, as Sami Sadat, a former commanding officer, recently stated in a compelling article in the New York Times, the Afghan army has been trained to rely on Western contractors for logistical support. It was inevitable that it would crumble when contractors pulled out.

Similarly, Washington observers seemed surprised by the speed at which the government collapsed, considering the Western allies spent $ 2 trillion to prop up the Afghan state. But anyone with that worm perspective would know that Afghanistan is primarily a collection of competing tribal groups, not a nation-state of western style. Groups that, as the world saw, did business with the Taliban to protect themselves from one another. So also with the idea of ​​Islam. Some Westerners may be inclined to assume that all Islamic parties are equal and united against the West. But in reality there are of course several shades of Islam and Islamic parties, and these often fight each other. Even the Taliban are divided.

Some Western voters and politicians may wonder why they need to appreciate these subtle complexities or bother to concern themselves with what is really happening on the ground. To understand why it is worth seeing this worm’s eyes – and feeling empathy for people who appear different – it is worth thinking about another word: contagion.

One of the great tragedies of our modern age is that precisely at the moment when protectionism, populism and prejudice are on the rise, our world is also networked in such a way that vibrations move even faster and thus endless risks of contagion arise.

We just saw this medically. But the world is also susceptible to contagion in the financial markets, in cyberspace, in politics and in terrorism. The big problem today is that our understanding of the sources of this contagion has not increased as we are connected.

The deadly attack by Isis-K outside Kabul airport is a case in point. Earlier this week, I attended an event to publish a new book, The Profession: A Memoir of Community, Race, and the Arc of Policing in America by former New York Police Chief Bill Bratton. He indicated that the unrest in Afghanistan could increase the terrorist threat to New York as groups like Isis-K were encouraged. In fact, the pace of attempted terrorist attacks on New York has accelerated sharply over the past five years – although luckily almost all of them have been foiled.

The key point New Yorkers (and anyone else who feels far from Afghanistan) need to understand is this: In the world of the 21st, live on the other side of the world. Empathy for strangers is critical to self-defense. And of course, the best way to do it is to stand up for a point that has all too often been forgotten in Afghanistan: a shared sense of humanity.

Australia’s economy looks better than it did a year ago. But unfortunately we are not out of the Covid forest yet | Greg Jericho