The Market Is Melting Down and People Are Feeling It. ‘My Stomach Is Churning All Day’

heard this kind of panic in his clients’ voices, it was 2008 and the global financial system was on the brink of collapse.

Mr. Jones, the chief investment officer at investment advisory firm Gratus Capital in Atlanta, now finds himself fielding similar calls. Two clients, both retirees, asked him this month to move their portfolios entirely to cash. Mr. Jones persuaded them to stay the course, saying the best way for investors to achieve their goals is to still be in the market when it eventually rebounds.

“Those people were not in a good place,” said Mr. Jones, 43. “They had a lot of anxiety about goals and dreams and being able to live their lifestyles.”

Stocks, bonds and other assets are getting hammered this year as investors wrestle anew with the possibility that the U.S. is headed toward recession. On Friday, the Dow Jones Industrial Average recorded its eighth straight week of declines, its longest such streak since 1932. The S&P 500 flirted with bear-market territory.

Families are watching the investments they meant for down payments or college tuition or retirement shrink, day after day. They’ve seen big retailers like

and Target record their steepest stock drops in decades this week, after earnings that signaled an end to the pandemic spending boom.

The market turmoil has scared corporate chieftains away from taking their companies public. In Silicon Valley, dreams of multibillion-dollar valuations have been replaced by the reality of layoffs and recoiling investors.

Stock prices have been hurt by forces that appear in nearly every cycle, such as rising interest rates and slowing growth. There are also idiosyncratic ones, including the rapid return of inflation after decades at a low ebb, a wobbling Chinese economy and a war in Ukraine that has shocked commodity markets.

The Federal Reserve has raised interest rates twice this year and plans to keep doing so to curb inflation, but that makes investors worry it will slow the economy too fast or by too much.

S&P 500 bear markets and the current downturn, declines and duration 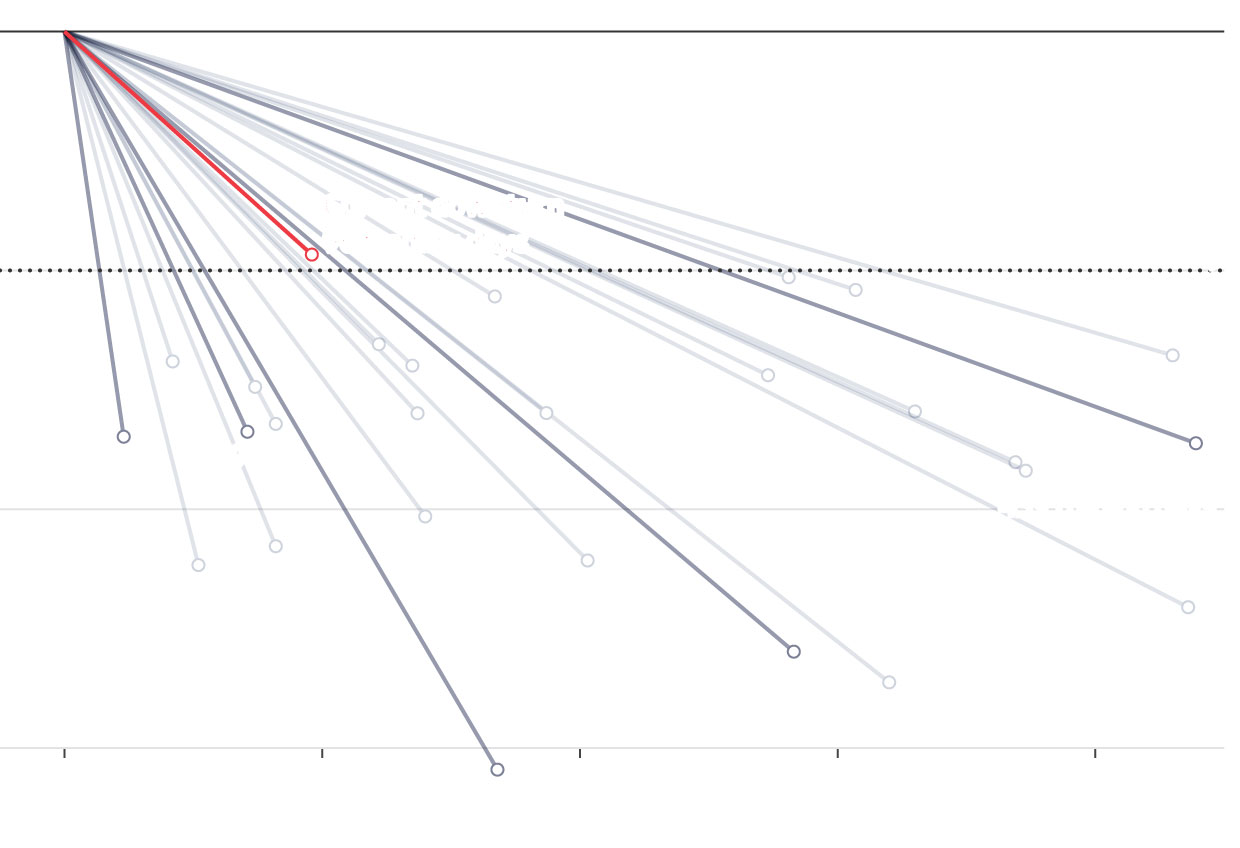 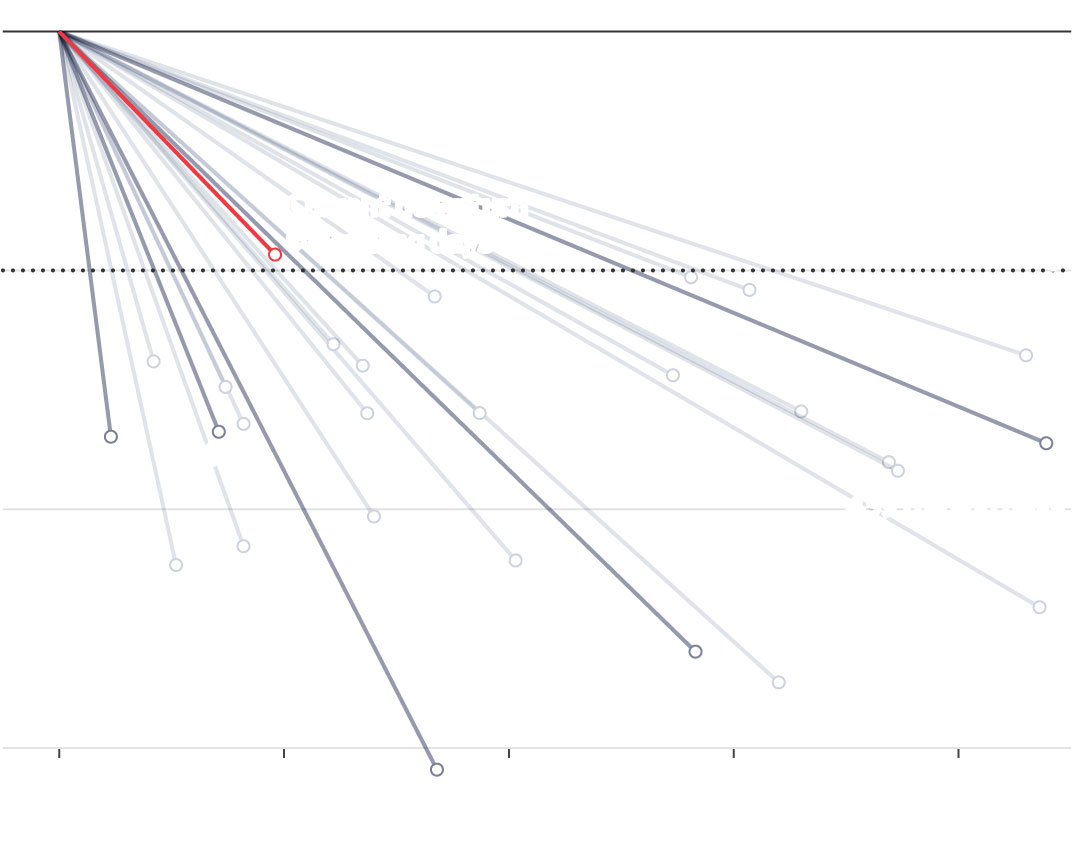 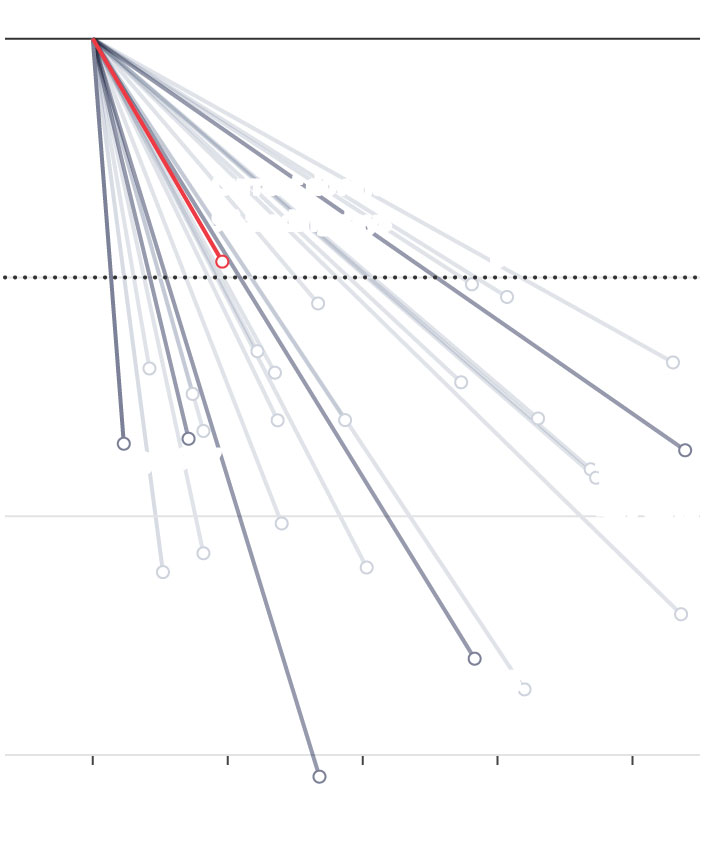 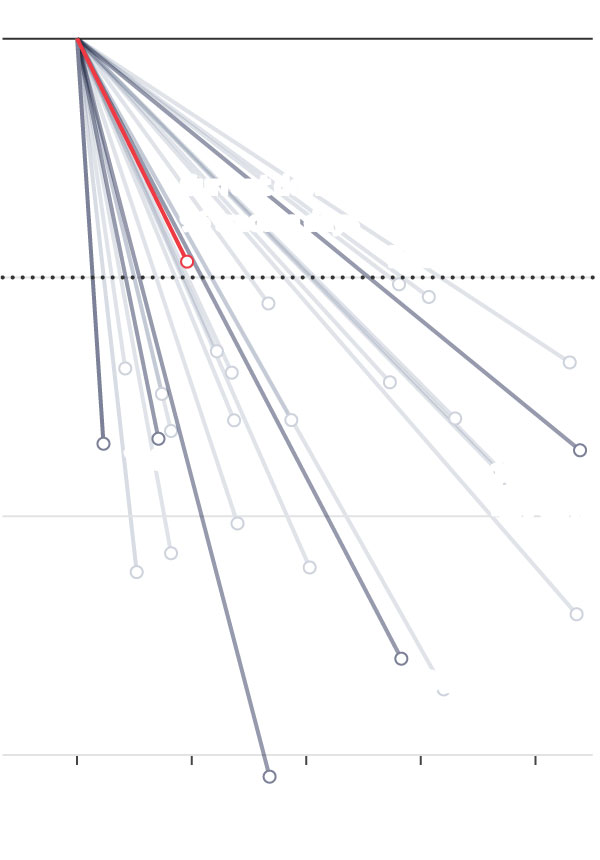 To investors it can feel there is no safe place. While the vast majority of individual investors are holding steady, that is in part because customary alternatives don’t offer much relief. Bonds, normally a haven when stocks are falling, have also been pummeled. The cryptocurrency market, pitched as a counterweight to traditional stocks, is sinking.

a 23-year-old auditor in San Francisco, the market’s tumble means he could wind up taking out loans to get an M.B.A. He has been hoping to pay his tuition out of pocket when he eventually goes back to school.

an 80-year-old retired research scientist from Boston, it means wondering if he’ll live to see his investments recover.

the head of fixed income at giant asset manager

likened the state of financial markets to a Category 5 hurricane. The veteran bond trader has been in the business for three decades and said the rapid price swings are unlike anything he has seen. 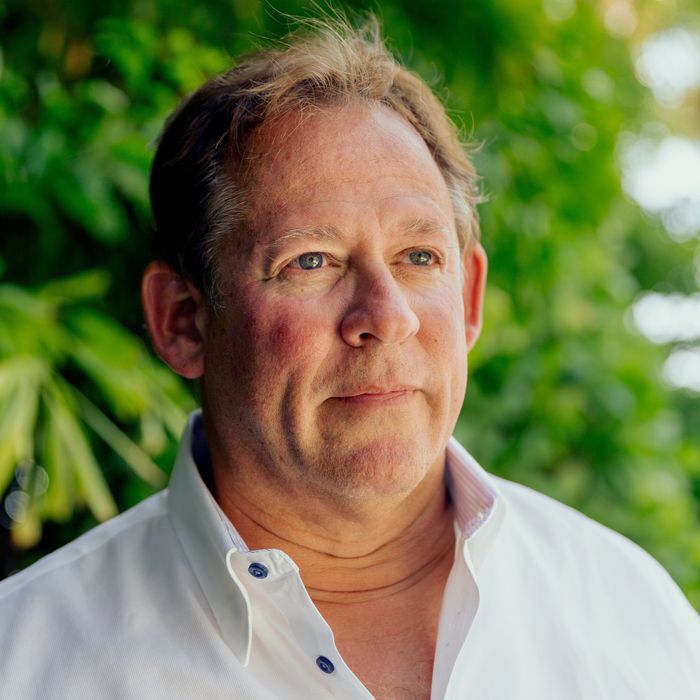 Rick Rieder said many of the things rattling the markets are out of the Federal Reserve’s control.

“My stomach is churning all day,” he said. “There are so many crosscurrents of uncertainty, and we aren’t going to get closure on any of them for weeks, if not months.”

Investors are used to the Fed stepping in to calm markets, but many of the dynamics rattling stocks, bonds, currencies and commodities are out of the central bank’s control, said Mr. Rieder: “The Fed can’t solve the supply shortage of corn or fertilizers, or the inability to get natural gas into Europe. They can’t build a sufficient inventory of homes.”

The plunge is a U-turn from stocks’ runup in 2020 and 2021. Then, unusually low interest rates and a surging money supply—byproducts of the government’s efforts to stave off a downturn—pushed stock indexes to repeated new highs. Some investors say the decline was long overdue and, now that it has arrived, could be difficult to repair. 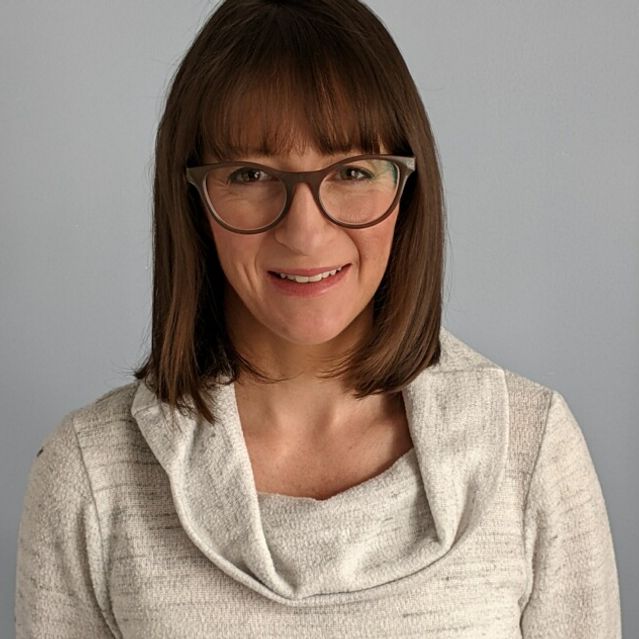 “The Fed is going too far, inflation is a nightmare and the real-estate market is going to crash,” said Melissa Firestone, who sold many individual stocks in a retirement account last year.

a 44-year-old economist specializing in the energy market, sold many of her individual stocks and bought a fund that shorts the S&P 500, betting on a drop. “The Fed is going too far, inflation is a nightmare and the real-estate market is going to crash,” she said.

a novelist and retired publishing executive who is 70, moved a third of his savings into money-market funds last year. Mr. Yocum doesn’t love keeping so much money in cash, especially with inflation eroding its value, but sees few better options.

In October, when stock prices were still hitting records,

moved most of his 401(k) and individual retirement account savings into money-market funds. Soon, he sold his cryptocurrency holdings and started shorting homebuilding stocks and

A 46-year-old real-estate broker in Zionsville, Ind., Mr. Bartels had looked to the distant past for advice, reading

recent book on economic history and Adrian Goldsworthy’s “How Rome Fell: Death of a Superpower.”

His 20-year-old son, a college student, had told him he was trading a few thousand dollars through a

A generation earlier, he was a day-trading college student himself. He did well, he said, but knew many who were “throwing money at internet stocks and had no idea what they were doing.” The dot-com bubble of the late 1990s soon popped. Today, Mr. Bartels is happy he changed course when he did. “I don’t think we’re anywhere near the bottom,” he said. 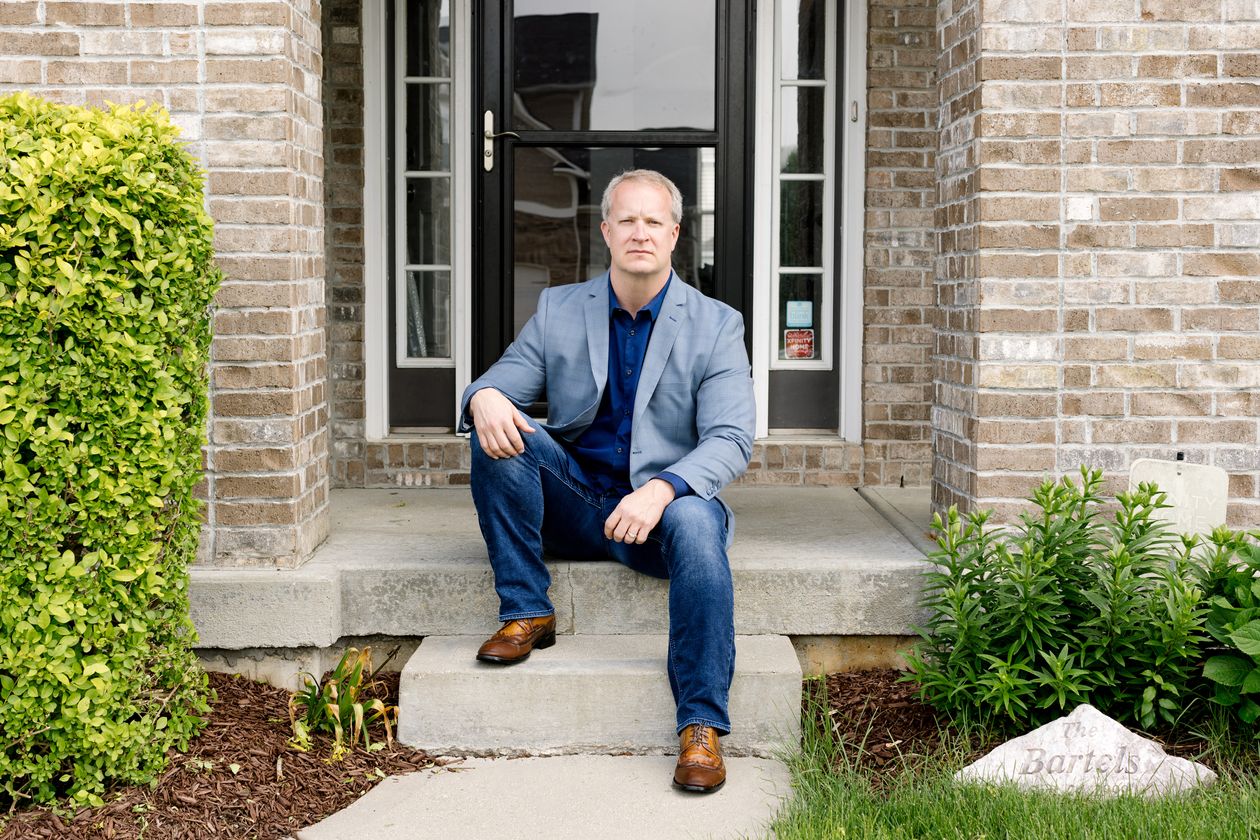 “I don’t think we’re anywhere near the bottom,” said Craig Bartels, a real-estate broker in Indiana.

a former research manager at a Manhattan law firm, retired four years ago when the markets were strong. He checked his 401(k) account almost every day with glee.

When stocks started to turn in January, he continued checking daily out of fear, until the losses became too steep. By early May, his retirement accounts had fallen 25% in five months.

Mr. McLeod hopes the U.S. isn’t headed for a repeat of the “stagflation” of the 1970s. “When you’re banking on that money saved over your lifetime to carry you through and it starts to go away, you feel helpless,” he said. “I don’t want to go back to work at 66.”

a recent retiree who moved from Chicago to New Mexico’s Rio Rancho with her wife in 2020, took their retirement money out of the markets altogether this month.

“The anxiety was literally me losing sleep, tossing and turning at night wondering how much more we were going to lose,” Ms. Wagner said. Her wife, a former radiologist, was hesitant but eventually agreed. “It was too nerve-racking, and I was quite emotional about it,” Ms. Wagner said. “I was very upset by what was happening.”

chief investment officer of Wealth Enhancement Group in Minneapolis, said his clients are more nervous now than in 2008, the year of the financial crisis. The question he’s getting: “Where can I go to stop getting poorer?” 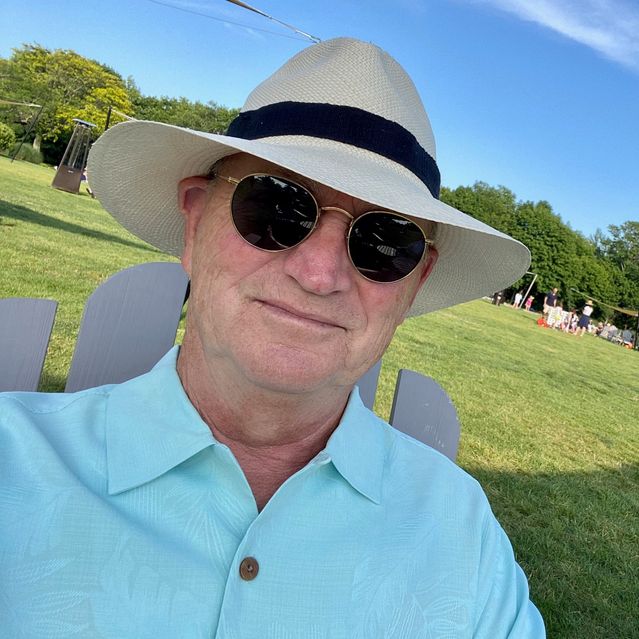 Keith Yocum said he can sympathize with fellow retirees who find the downturn unnerving.

The firm held webinars for clients in the market’s frothiest days last year, warning against loading up on tech stocks and highflying pandemic names such as Peloton, Mr. Cahn said. Lately the webinars have a different theme: Don’t panic.

The firm is looking at commodities, which tend to protect against inflation and are getting a boost from the war in Ukraine, and municipal bonds, which Mr. Cahn said are starting to look attractive.

have been hit especially hard. Dismaying results or darkening outlooks have cratered tech stocks and, at painful moments, helped pull down the broader market. 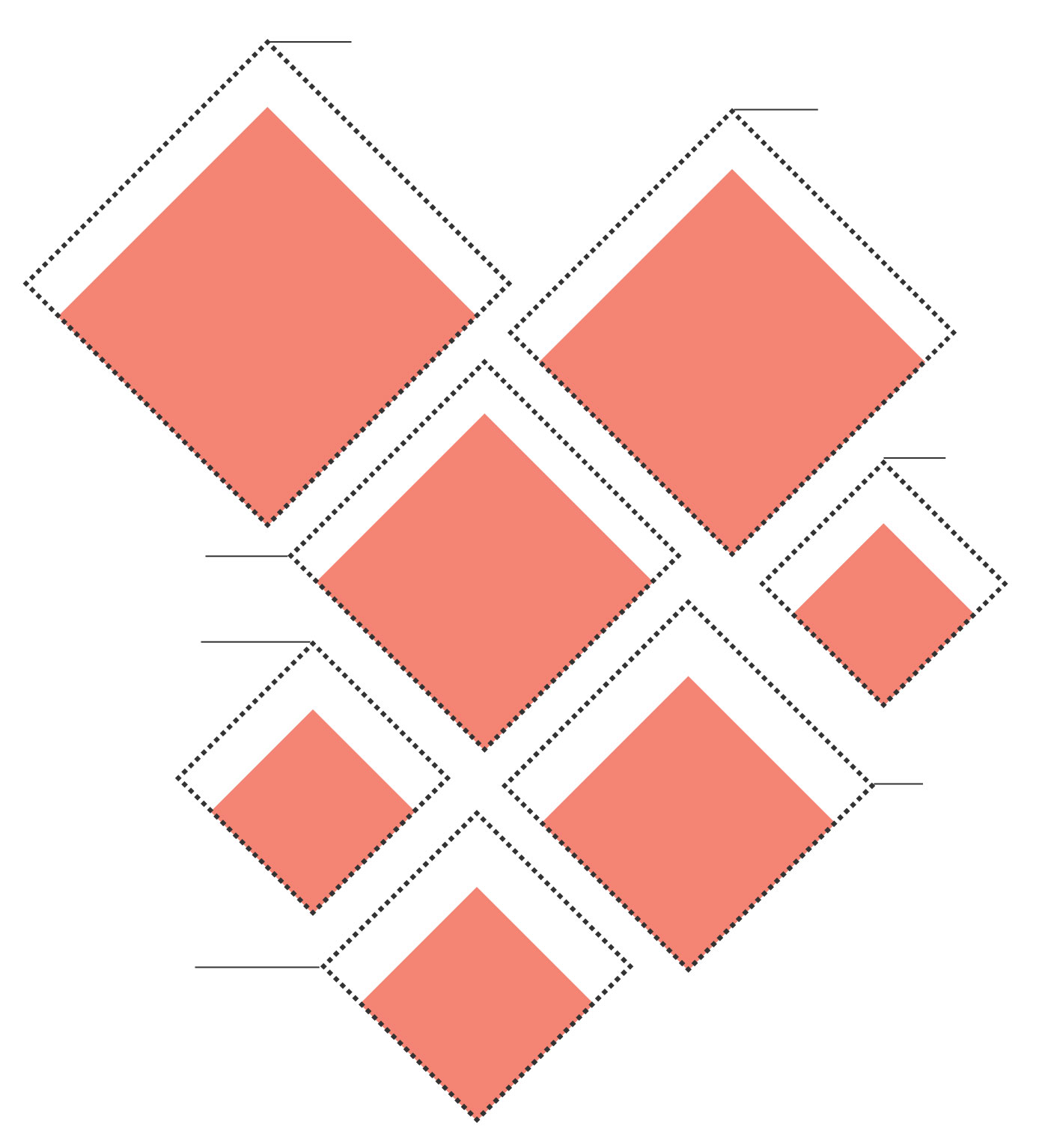 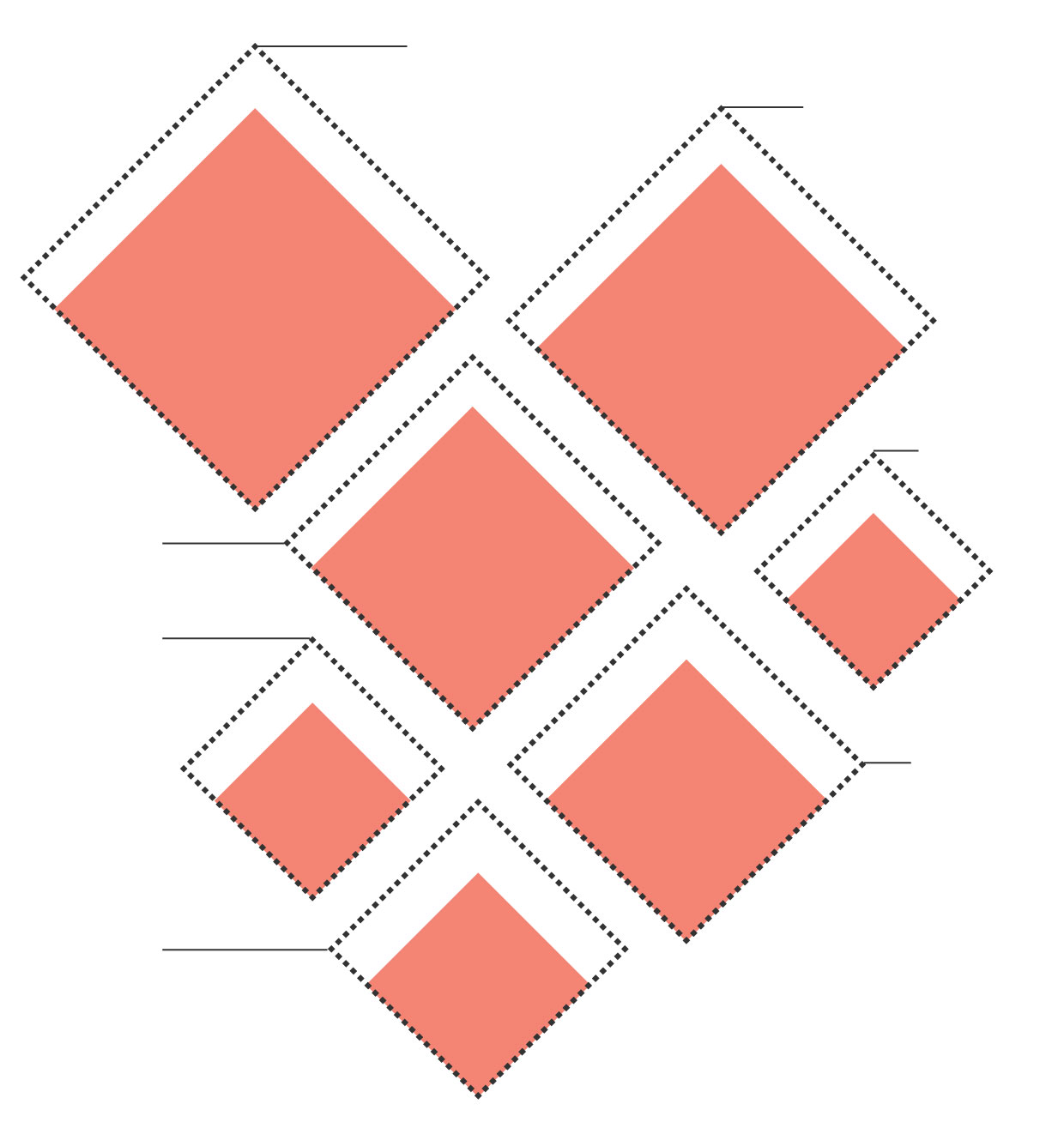 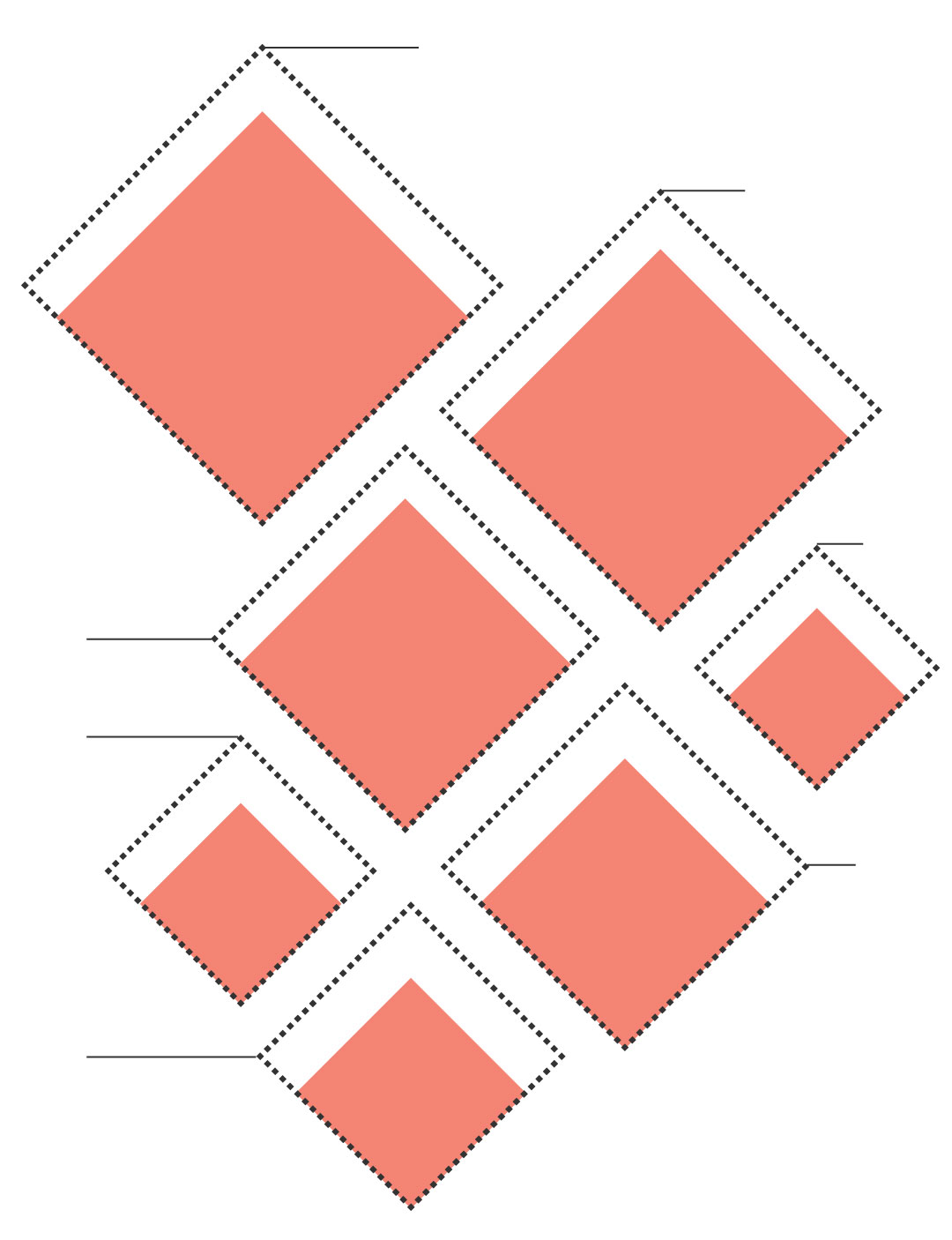 There have been so many bad days they’ve started to blur together, said

Mr. Kalra was sitting in his suburban Boston home office in early February when Meta shocked Wall Street with disappointing earnings. As he watched its shares slide in after-hours trading, he felt angry at himself for failing to heed earlier warning signs.

“You feel a lot of pain and start questioning: ‘What could I have done differently?’ ” he said. “But you can’t cry over spilled milk. You have to move forward.”

At the time, he thought Meta’s issues were idiosyncratic and not a sign of a broad withdrawal from growth stocks. That came later, when Russia’s invasion of Ukraine sent energy prices higher. “Oil permeates everything,” he said.

a portfolio manager at Smead Capital Management Inc., woke up early in Phoenix. Target, whose stock makes up about 5% of the Smead Value Fund, was set to report earnings. Target stock was down double digits in premarket trading. Mr. Smead put on a suit and headed in to his office.

That morning, Target hovered at 25% below Tuesday’s close. Mr. Smead decided it wasn’t productive to stare at a screen and watch his fifth-largest position in freefall. He picked up a book, the biography of George Hearst, the silver miner father of William Randolph Hearst.

“I figured he’ll probably teach me more than the markets will teach me that day,” he said.

Conventional investing wisdom says that over time, stock markets go up. Countless investors watched their savings grow by staying put in a market that rose sharply in the decade after the financial crisis. Those who held tight when the market crashed in early 2020 were rewarded when stocks resumed their upward climb within weeks.

To some market players, this year’s decline feels different. The government’s extraordinary stimulus measures that pushed the economy into a V-shaped recovery in 2020 have largely run out, replaced by policies aimed at controlling inflation. While the debate about whether a recession is on the way is far from settled, there is broad consensus the U.S. has entered a period of slower growth.

Mr. McCaffrey, the 80-year-old retired research scientist, has been buying

shares in recent weeks, automating the purchases for when the price is below a certain level. But overall, watching shares of his favored tech companies erode has been a gloomy experience. Apple is down 23% so far this year.

“It’s getting worse for people in my age group,” Mr. McCaffrey said, “simply because we don’t have time to wait for it to come back.”

It takes a lot to shake

a fund manager whose tech-focused fund was battered by the tech wreckage of the early 2000s. But when Netflix announced disappointing quarterly results in April, Mr. Landis, sitting in his home office overlooking his tranquil suburban San Jose backyard, felt as if he’d been hit by an earthquake.

Mr. Landis had reason to be concerned:

another streaming company, made up 14% of his tech fund at the end of March. He says he hasn’t sold any shares, even though Roku’s stock has sunk by nearly 60% this year.

“Probably the defining difference this time is last time I could just storm out of the office and go home,” he said. “This time, I’m working from home. So there’s no escaping it.”