Irvine celebrities revealed in new interactive map – Check it out 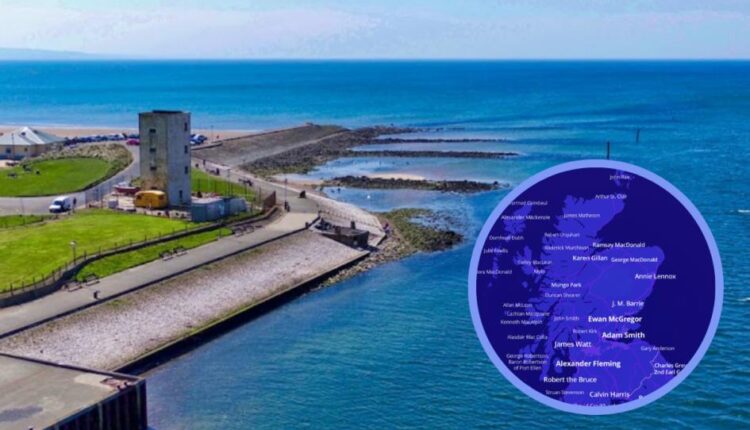 Irvine’s most famous person has been revealed, according to a new interactive map.

Mapbox researcher and geographer Topi Tyukanov developed the revealing map, which shows the birthplaces of “the most remarkable people” around the world.

The data is based on a study published in June this year by researchers at the University of Paris.

The importance of a person was calculated based on information from Wikipedia and Wikidata.

Did you know that Freddie Mercury was born in Zanzibar and Barack Obama in Honolulu? Who is the most famous person from your hometown?

I made a map of the most remarkable people around the world. Built with @Mapbox.

The data takes into account a number of factors, including the number of Wikipedia entries, their average length, the average number of views from 2015-18, and the total number of external links.

“The data includes a rank value and a ‘summary’ value of prominence, which is used to determine which names are shown and how big they are,” Mr. Tyukanov told users on Twitter.

You can explore the map and view the notable people from hometowns around the world in four different categories:

Who is the most famous person from Irvine?

The interactive map shows that Nicola Sturgeon is the most important person from Irvine.

Scotland’s longest-serving and first female First Minister and leader of the Scottish Nationalist Party is considered the biggest name to come out of the city.

Sturgeon has been a Member of the Scottish Parliament since 1999 and has held various positions throughout her career, including Deputy First Minister in the 2014 Scottish independence referendum.

Other recognizable names that have made a splash on the map include inventor and veterinarian John Boyd Dunlop, who was born in Dreghorn, and former Cabinet Secretary for Social Justice, Communities and Pensioners’ Rights, Alex Neil.

Meanwhile, Kilwinning’s most notable persona is the lead singer of the band Men at Work Colin Hay.

An argument that crypto and DeFi are anti-inflation investments