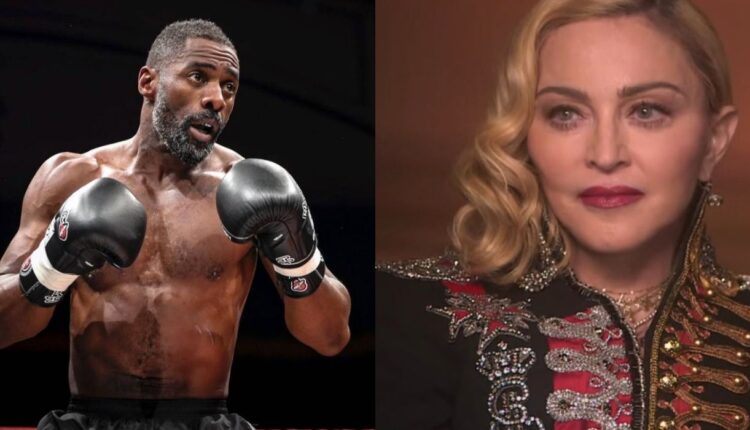 MMA is often viewed as a fairly violent sport, and because of this, many fans don’t expect big celebrities to enjoy the product. That couldn’t be further from the truth, however, as many of Hollywood’s biggest stars are actually huge UFC Fans and they really enjoy the product.

Celebrities often find themselves at the ring to check out the product as much as possible, and there are some surprising names who really enjoy attending events or watching from home. While martial artists like boxers might be expected to be fans, there are plenty of celebrities from other worlds like music and movies who love UFC as much.

Given his WWE background, some people might not think Dwayne Johnson would like UFC, but that couldn’t be further from the truth. While he may be the busiest man in Hollywood, Johnson still finds the time to sit back and enjoy the fights when he can.

He performed at UFC 244 where he presented the BMF title, but it wasn’t just a promotion appearance. Johnson is a real fan who often tweets and shares his thoughts on the product and shows his love for MMA despite being one of the greatest wrestling stars of all time.

David Spade is another famous Hollywood name who loves watching UFC and has attended many shows while he was a fan. He has spoken about the sport many times in interviews, claiming that, in his opinion, it has overtaken boxing.

He’s not just someone who watches and doesn’t take anything, because Spade has spoken at great length and also demonstrated analytical knowledge of the industry that he is clearly passionate about.

David Beckham is one of the greatest football players of all time, and he’s also someone who stepped into the world of mainstream media. Be it through his modeling or his own clothing line, Beckham has always been very busy, including his own football club, Inter Miami

However, in his busy schedule, Beckham also finds time to be a fan of MMA. He has been and attended the UFC Performance Institute and often watches the show, is friends with Conor McGregor and several other fights.

Snoop Dogg is one of the most personable celebrities in the world and one of the reasons for this is because he traverses so many different worlds. Although he’s mostly a rapper, Snoop has no problem showing the world anything else he likes, which in turn has increased his audience.

Something he’s a huge fan of is UFC. Snoop Dogg is good friends with Dana White and that’s why the rapper has often appeared at various events and has even worked on the video game series.

Another musician who loves UFC is Madonna, one of the biggest names in the pop world. She has accomplished everything possible in her own industry and she shocked the fighting world at UFC 205.

She appeared live at the event and actually sat down with another celebrity, Zac Efron, to watch the PPV. People were surprised to see her as a huge fan of the sport, but they clearly care about MMA.

Leonardo DiCaprio is a huge celebrity, but since he usually keeps his life very private, many people may not know that he loves MMA. DiCaprio has attended several UFC events and has done his best to hide his identity with caps.

He is someone who loves the sport, however, and while he may not be able to attend as many shows as he would like, the talented actor is certainly a huge fan and will eagerly watch the PPVs.

Kevin James is best known for his film career, in which he has appeared in countless top comedies. He was even the main character in Here Comes The Boom, a movie about MMA, but that wasn’t just a random role he took on.

James is actually a MMA fan in real life, and the opportunity to portray an MMA fighter has only helped reinforce his love of the sport. He brought many fighters to his show King Of Queens long before the sport exploded in terms of popularity, too, demonstrating that he is a longtime fan.

Idris Elba is another popular actor who loves MMA, and a lot of it boils down to his personal journey with martial arts. The British actor actually tried to become a kickboxer at some point in his life, which shows that he understands the industry on a more technical level.

Elba trained MMA himself, which was due to his love for sport. Not only does the actor like it because he’s physically involved, he’s also a fan of PPVs.

Mandy Moore is a very talented actress best known for setting Rapunzel to music in the Disney movie Tangled or for her role on the hit show This Is Us. However, what some people may not be aware of is the fact that she is a huge UFC fan.

Moore has attended countless UFC events and is someone who is very passionate about the sport. She even made a music video for one of her songs that featured Chuck Liddell, linking her love for MMA to her career.

There has been an overlap between MMA and wrestling over the years, so it’s no surprise there are fighters out there you didn’t know were wrestling fans.

Matthew Wilkinson is a writer from Bradford, England. Find it on Twitter @ MC_Wilkinson1