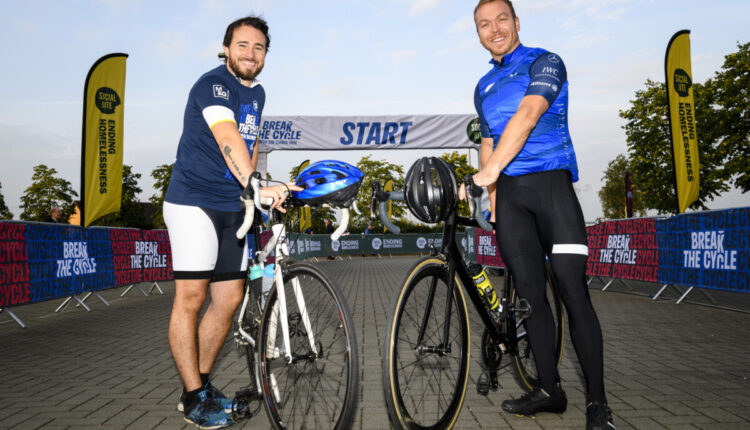 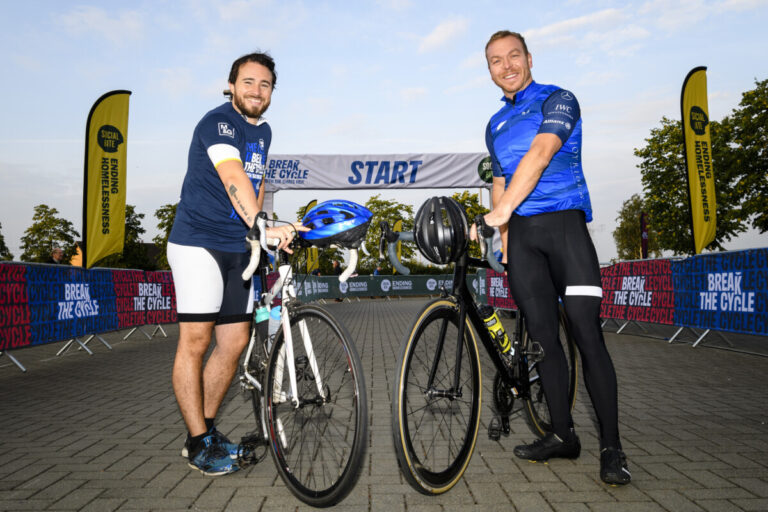 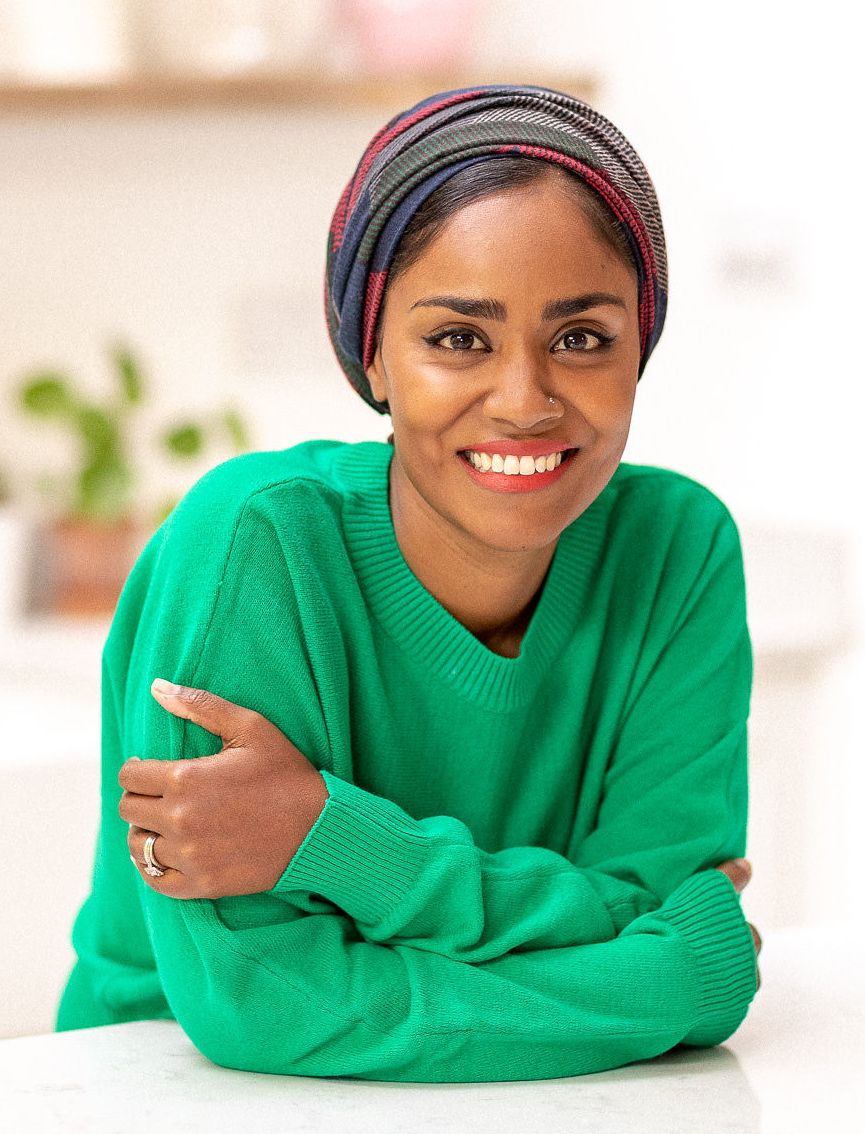 TV chef Nadiya Hussain MBE recently launched WaterAid’s new appeal, Durst for Knowledge, which gives generations of girls the chance to build a better future by bringing clean water, decent toilets and good hygiene to schools around the world. Hussain, ambassador for the international charity since 2016, is supporting the campaign alongside the launch of their latest project, including their new BBC2 television series and book, both called Nadiya’s Fast Flavors. The UK government will increase public donations made between November 16, 2021 and February 15, 2022 up to £ 2 million. 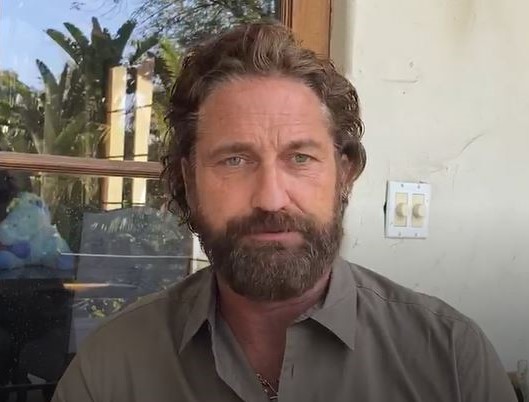 Gerard Butler has once again shown his support for Children’s Hospices Across Scotland (CHAS) with a surprising festive donation to the charity. The paisley-born star offered to double the money raised at the annual Comrie Festive Supper for CHAS while he was back in Scotland to visit his mother Margaret Coll, who lives in the village. Organized by local CHAS supporters Nancy McRae and Barbara Stewart, the festive dinner raised £ 2,200 that year and Butler honored its promise by writing a check to the charity for the same amount, bringing the total to £ 4,400. This is the second time the actor has supported CHAS after taking the charity’s Big Girly Quiz last year, held virtually in place of a series of events canceled due to the Covid-19 pandemic. 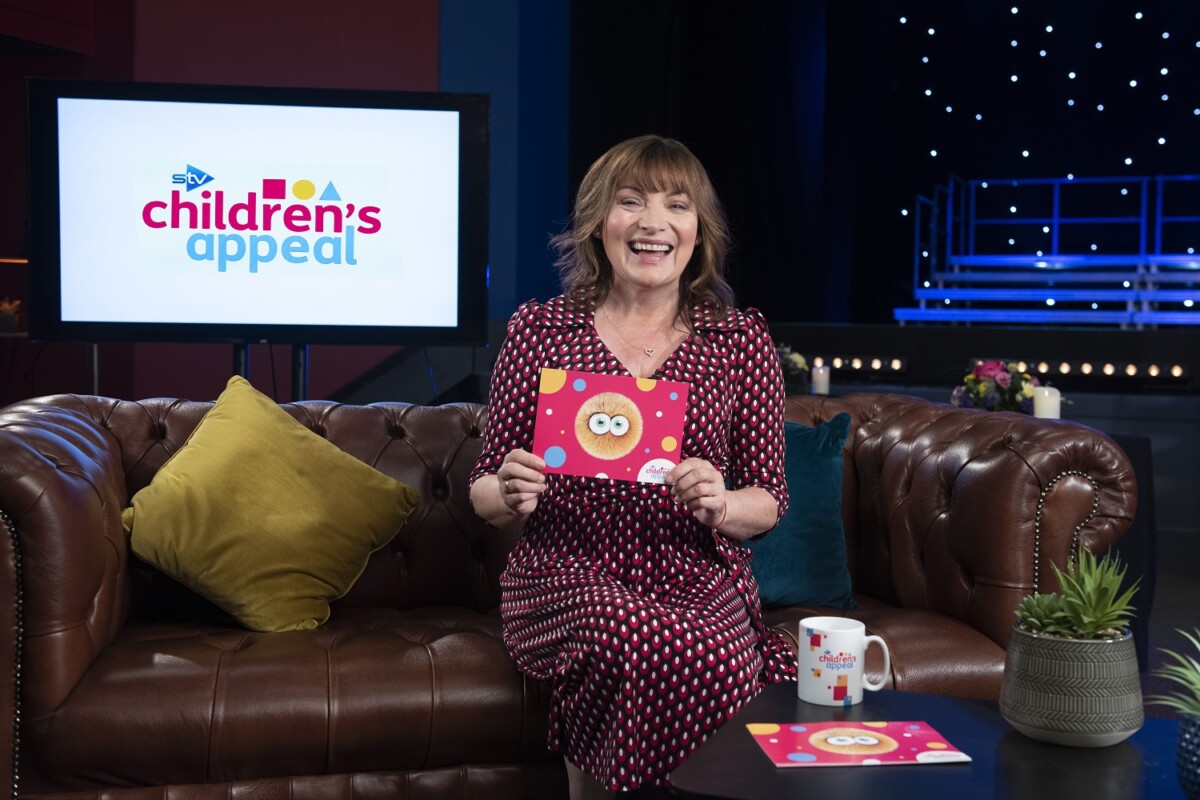 Lorraine Kelly moderated the STV Children’s Appeal again this year. The annual TV fundraiser took place on Friday, October 29th, celebrating its tenth birthday. It was held for the first time at the Kilmarnock-based Academy of Performing Arts CentreStage. In the process, Kelly met some of the many people who benefit from CentreStage’s activities and why it has proven to be a lifeline for the local community. The show also featured a live performance by the 60-strong CentreStage Choir, made up of locals of all backgrounds, circumstances and skills.

BookTrust has announced that HRH The Duchess of Cornwall has agreed to extend her patronage for the charity. After a decade as Patron of BookTrust, the Duchess of Cornwall’s continued support coincides with the charity’s new strategy to focus on helping children from disadvantaged families enjoy the transformative benefits of reading. 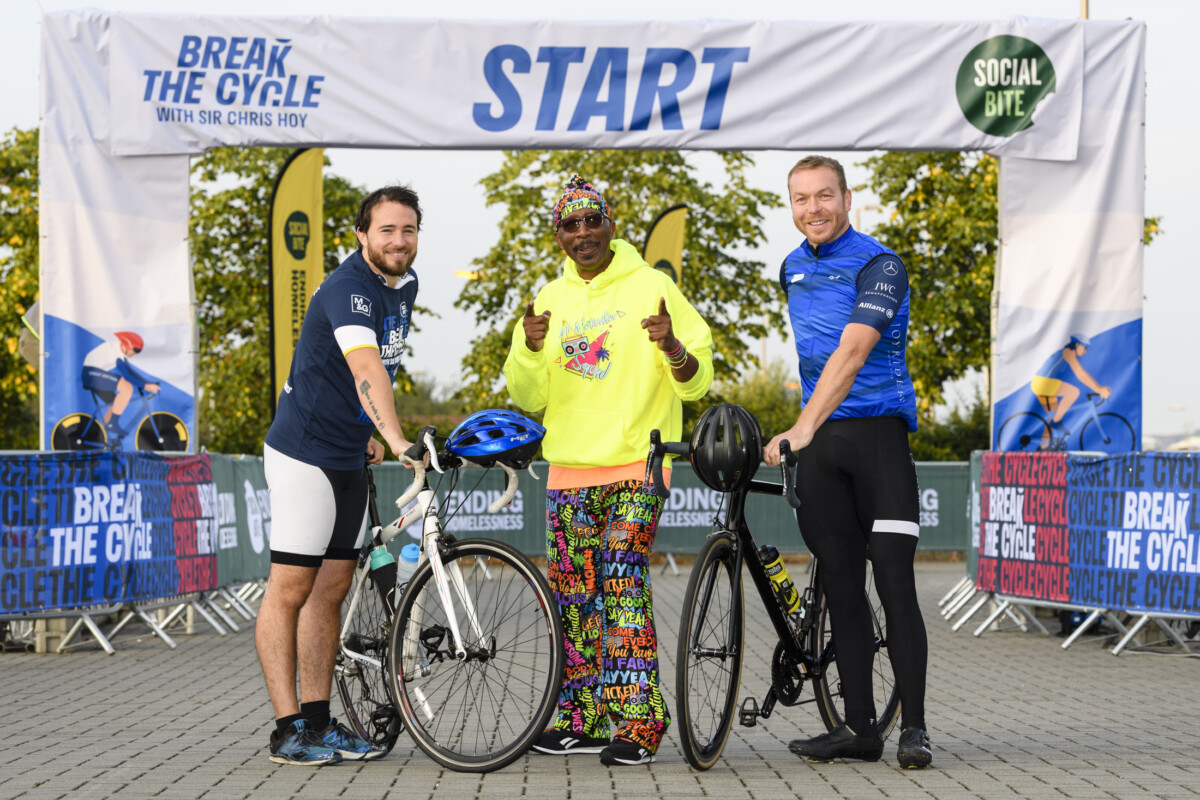 Sir Chris Hoy led the way on Sunday 5th September as he went with hundreds of other cyclists on a charity bike from Glasgow to Edinburgh to raise money for the construction of two new villages for the homeless. Hoy completed the 60 mile route to support Social Bite’s “Break the Cycle” campaign, which has raised over £ 700,000 to help fund the creation of two new Social Bite Villages in Glasgow and London. Among the 540 participants was former Scottish rugby player John Barclay and residents and employees of Social Bite Village in Edinburgh.

Stars join forces in the film for Stand Up to Cancer

David Oyelowo (Selma, 2014), Paralympic Amy Conroy and actors Dame Harriet Walter, Jason Watkins, Daniel Mays and Kadiff Kirwan have teamed up in a short film for Stand Up To Cancer. Marking the return of Cancer Research UK and Channel 4’s joint national fundraising campaign, the film highlights the positive changes that can be achieved when humanity stands up for what it believes in. The famous faces appear next to cancer patients, their loved ones, and medical staff urging the nation to face cancer. 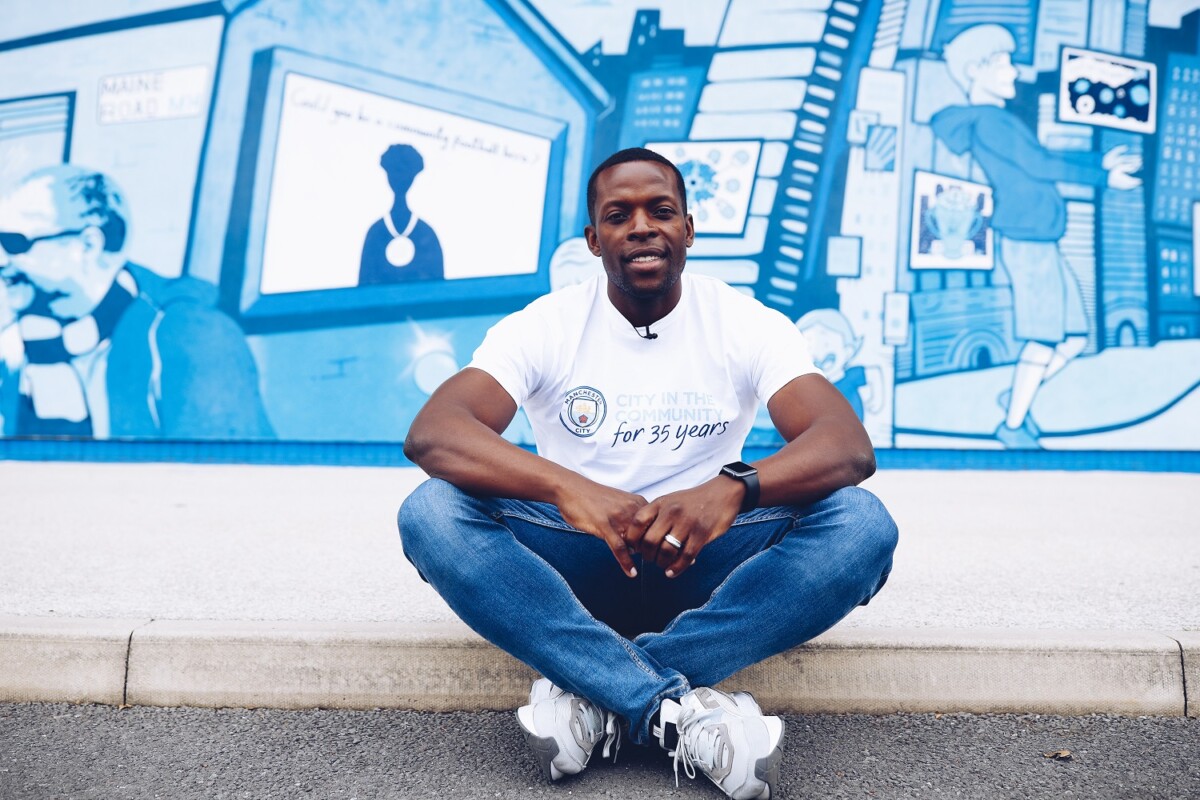 Nedum Onuoha joins City on the community’s board of trustees

Manchester City’s official foundation, City in the Community (CITC), is pleased to announce that former player Nedum Onuoha has joined its board of trustees. Onuhoa grew up in Miles Platting, minutes from what is now Etihad Stadium, before representing his youth club between 2004-12. The former defender will now play an integral role in making decisions for CITC and in shaping his work in the Greater Manchester area. 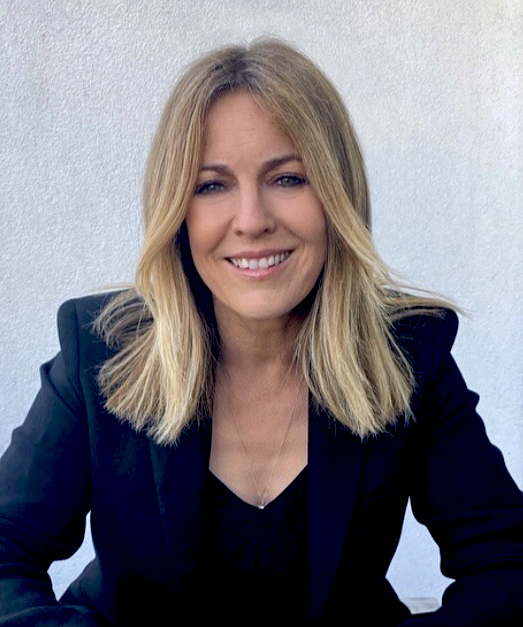 TV presenter Helen Fospero presented the BBC Lifeline Appeal on November 21st in support of the charity for the learning disabled SeeAbility. Fospero got involved with SeeAbility in 2019 when she joined her boyfriend Amar Latif – best known for the BBC2 reality series Beyond Boundaries – and 20 other adventurers on a fundraiser for SeeAbility to the summit of Mount Toubkal in the Atlas Mountains. The call is intended to help raise awareness of the charity.

About Melanie May
Melanie May has been a journalist and copywriter since 2001, specializing in writing for and about the charity and marketing services sectors. It can be reached at www.thepurplepim.com.

Florida Sen. Rick Scott Off Base in Claim That Rise in Medicare Premiums Is Due to Inflation