Women’s Super League: who are the new coaches this season? 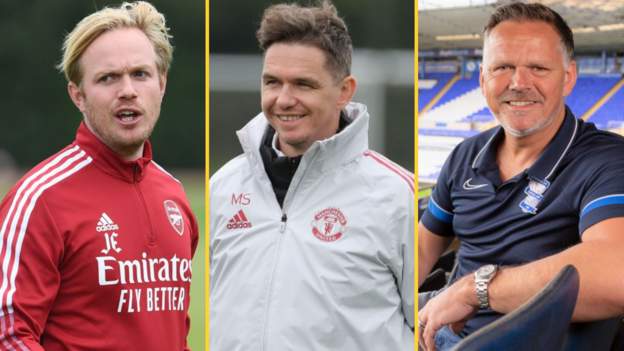 Arsenal, Birmingham City and Manchester United have welcomed new managers to the Women’s Super League this season – but who are they?

Jonas Eidevall, Marc Skinner, and Scott Booth have challenges ahead – here’s everything you need to know about them, their football style, and first impressions of players. 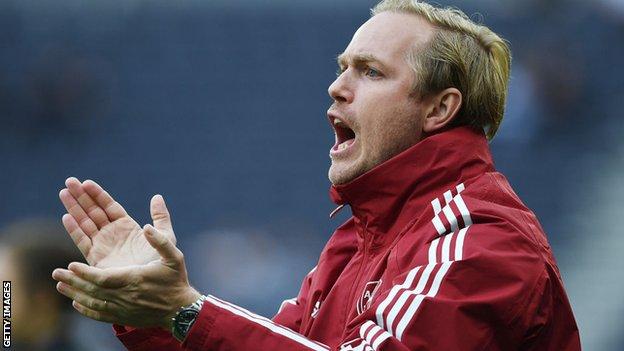 The Swede Eidevall moved from Rosengard to Arsenal this summer. Successor to Joe Montemurro while the Gunners attempt to launch another attack on the WSL’s top two.

Early evidence suggests that Eidevall is a pragmatic trainer, but he was influenced by his father – a priest and professor of theology.

“I grew up watching him work with people and I see how he supports people in the toughest times,” said Eidevall.

“The way he does it has always been very compassionate in my eyes – a humanitarian way of doing it – I hope that has had a positive impact on me.”

Eidevall, 38, says he enjoys training because he has the ability to “understand” players and what motivates them.

Arsenal defender Jen Beattie describes him as “calm and approachable” and that shows in the way he line up his teams.

“He’s very detailed, very structured and very clear what he wants to achieve with us,” said Beattie. “It has worked well for us so far. He has a plan for how he wants to play.”

Eidevall added: “I hope we can count on an Arsenal team that push with a nice intensity and move the ball at a fast pace.

“A football with high possession, I would describe it. If we succeed, we have to be humble and do more of it. If we fail, we learn and develop.” 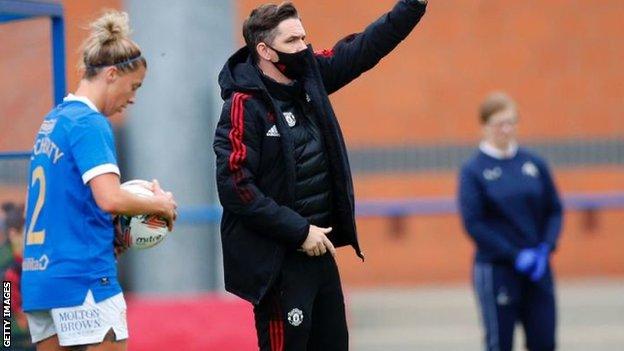 He spent three years in Birmingham City, but Skinner believes he learned from his coaching days in America.

“I want an adaptable team that doesn’t just have one style of play,” he said.

“If you know our teams in Birmingham City, we were very possession of the ball. In the US I tried that the first year and it didn’t work out. I learned a bit here to improve the style.”

“But what I want to do – because I think that’s what the fans expect – is to play an attacking and exciting football. We have to do it in our DNA.”

Captain Katie Zelem says there are similarities between Skinner and Stony’s approach to coaching, with both emphasizing team spirit and cohesion.

“He’s really good at delivering things and he’s really dedicated,” added Zelem. “He managed to establish connections between the girls and the staff so quickly.

“He’s a great guy and has great technical details on the pitch. As soon as he came in it was like a new life.” 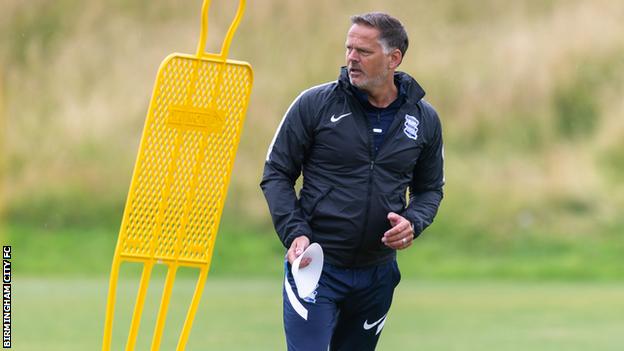 The Birmingham City stand has a difficult task in its new role. replaces Carla Ward like the blues try to avoid relegation again

Fights off the pitch last season – including complaints from players to the board on facilities and medical care – there is much to be done.

“It’s a big project, but I’m not afraid of a challenge,” Booth told BBC Sport. “I’m pretty practical. I like to train and get to know the players.

“I’m pretty open with them. I’m approachable. I like to chat and laugh sometimes, but also to be serious and find the right balance.”

The roster looks very different this season as well, as Booth brings in several new faces, including captain Louise Quinn.

She is one of five players – also Lucy Quinn, Harriet Scott, Christie Murray and Rebecca Holloway – who are part of a leadership group under the new manager.

“I like it when the players lead. I like it when they set their own standards. Things like motivation, commitment and communication should go without saying,” said the former Aberdeen Booth striker.

“I was determined to bring in players who I thought would know their way around the WSL, have tough games and the know-how and experience to handle them.”

Apart from football, Booth describes himself as “boring”. He likes the sunshine – something he doesn’t get often in Birmingham.

Captain Quinn says he carries a clipboard with him all day and “don’t stop talking about football”.

But the former Glasgow City coach had traveled widely as a player and was influenced by his experiences in the Netherlands, where he played for Twente, and in Germany at Borussia Dortmund.

“A lot from the Dutch side influenced me. It was a completely different and open style than what I experienced in Germany,” he said.

“There are elements of German football [in my coaching] with the way they are built. Everyone knows their job. The Dutch want to attack and are more open.

“The Scot in me wants to fight for anything too, so there’s a big mix.”