Will the US or China lead the world economy? | opinion 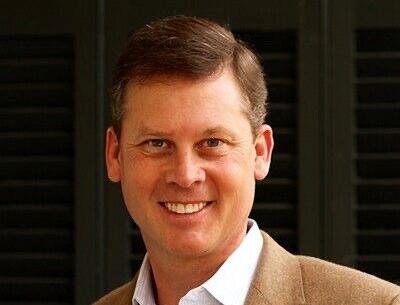 America is certainly blessed with an abundance of natural resources, but so is the USSR

America’s greatness comes from its people. That’s because America, as Reagan put it, is a “shining city on a hill.” A freedom-based nation with limitless opportunities that attracts the greatest talent in the world. It is this freedom and opportunity that drives innovation, fosters competition, unleashes investment, and creates wealth.

When we see the horrific scenes in Kabul it should remind us how blessed we are to live here. With more than 51 million foreign-born residents in the United States, the United States is by far the most popular destination for immigrants from around the world.

Now a new superpower rivalry is emerging between the US and China – another clash between communism and capitalism. However, there are efforts in the U.S. House of Representatives targeting American tech companies with anti-competitive legislative proposals that would not only undermine the fastest growing sector of our economy, but would also aid China in its efforts to dominate the global technology market.

This so-called antitrust legislation would undermine and threaten America’s economy and military power. If the members of the House of Representatives want to score politically by taking on the big tech companies, then so be it; However, these antitrust efforts are misguided and dangerous.

If the Chinese take control of the global tech market, the big losers won’t just be companies like Facebook, Amazon, and Google. It’s our entire economy, tens of thousands of small businesses dependent on the digital economy, and millions of Americans whose livelihoods depend on the success of the tech / digital sector. This flawed legislation would give the Chinese Communist Party an opportunity to sue American tech companies and exempt most foreign tech companies like Alibaba and Huawei from oversight. This is insane and carries a high risk

America needs Congress to get this right. Too much is at stake – our economy and national security. It may be politically tempting to meet big corporations, but members of Congress need to make sure they don’t help the communists in China get any closer to their goal of overtaking the US as the global technology leader.

US tech firms have shown they are essential, especially during the pandemic. They support and nurture small businesses and startups in all sectors and provide the technological tools needed to make Main Street successful in the heart of America. Technical innovation and investment have resulted in greater consumer choice of products at lower prices. A tell-tale sign of functioning

free market that benefits consumers, not a monopoly that restricts competition.

We use our current antitrust standards to promote consumer welfare and competition, and to ensure the continued success of the American economy; however, new populists attack these standards indiscriminately, without thinking about the damage they could do to America’s economic and strategic interests.

Distance learning, telemedicine, remote working, and contact with family and friends are practical benefits across the country – not to mention that US tech companies are creating more jobs and investing than any other sector.

The US economy is critical to our future. Please urge your US representative / elected representatives in Congress to oppose this anti-competitive legislation before it gets the world economy going again.

Chip Pickering is a former member of Congress and CEO of INCOMPAS.