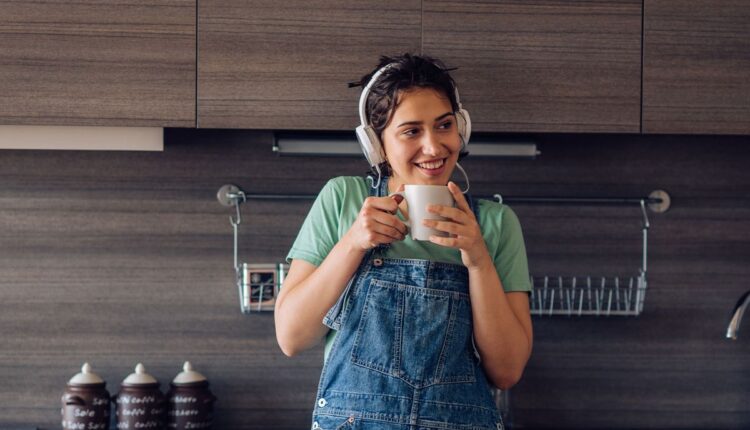 We like to believe that our purchase decisions are based on rational calculations and facts, but we know that they are often also driven by emotions. When it comes to good food, clothing or electronic devices, do we really think of costs and benefits, or do we react to stress, frustration, joy or excitement?

The same can be asked of the financial markets. The famous “efficient market hypothesis” argues that stock prices are determined by rational calculations. But traders are people and people are influenced by emotions. Are these emotions leaked to the stock market?

Investigating this question is difficult because people’s emotions are not observable. While emotions manifest themselves in observable actions, many such actions (e.g. aggressive behavior or language) are not captured by data.

But what if there was a way to measure the general sentiment of a country and relate it to the behavior of the financial markets? In the age of Spotify, this has become a real possibility.

Our study, published in the Journal of Financial Economics, uses the music people hear as a measure of national sentiment that influences market behavior. It builds on the concept of “mood congruence” – that people’s choices of music reflect their mood (sad songs at funerals, happy songs at parties, and so on).

Spotify offers aggregated listening data for an entire country, as well as an algorithm that classifies the positivity or negativity of each song. Using these inputs, we calculate the “music mood” – a measure of the mood of a country, expressed by the positivity of the songs its citizens hear.

How is mood usually measured?

Investor sentiment is often defined as the general sentiment of investors about a particular market or asset. Although this definition is widely accepted, it is difficult to construct a pure measure of sentiment that is not complicated by economics.

Rather, the increase could be a rational response to an improvement in the business and employment conditions on which the index is based. So an alternative is to look for other “sentiment proxies” as useful indicators of national sentiment.

Previous investor sentiment research has used shocks that affect national sentiment but not the economy, such as the results of major sports tournaments.

However, other factors can affect sentiment – a country could lose a sports game but also enjoy falling COVID cases. Hence our suggested alternative way of capturing people’s sentiment with national Spotify data.

One problem with music hearing data is that people choose music to neutralize their moods rather than reflect them – for example, listening to happy music to heal a depressed mood.

We show that this is not the case. The music mood is more positive on sunnier and longer days. Research has already shown that these are high mood phases, as well as times when the COVID restrictions are lifted.

The novelty of our study is therefore to find a measure that reflects the national sentiment. A citizen’s music choices reflect their mood regardless of what caused them – soccer results, COVID cases, or anything else.

Equity markets are overreacting to sentiment

When we tie our sentiment measurement to the stock markets, we find that higher music sentiment is associated with higher returns in a country’s stock markets in the same week. This also translates into lower returns for the next week, suggesting the initial reaction was a temporary one, driven by sentiment.

It could be argued that these results just show a false correlation, similar to the “superbowl effect,” where the identity of the superbowl winner predicts US stock markets for no rational or behavioral reason.

But we show that our result applies to 40 countries and is not driven by a few outliers that skew the data. We also show that the result is robust across all asset classes. While our key findings take into account stocks, we also find that high music sentiment is associated with larger equity fund purchases.

Why music mood is important

The point of our study is not to uncover a profitable trading strategy. We do not advise investors to calculate music sentiment and use it to predict the stock market.

Instead, we want to show that emotions influence the stock market with a novel measure that reflects national sentiment and is available in 40 countries. This suggests that investors should pay attention to their own emotions when making investment decisions.

Our results also suggest that sentiment rather than fundamentals could lead to rising stock prices – for example of electric vehicles or artificial intelligence products. Therefore, investors should be careful about buying into a bubble or selling into a crash.

Additionally, this study shows the power of big data to uncover aggregate current sentiment. In contrast to infrequent sporting events, music is enjoyed always and everywhere. As a universal language, music enables us to construct, in real time, a comparative measure of national sentiment around the world.

This article was republished by The Conversation under a Creative Commons license.

How DeFi can help the global economy recover