Wayne County’s economy will recover almost entirely by 2023, according to the report 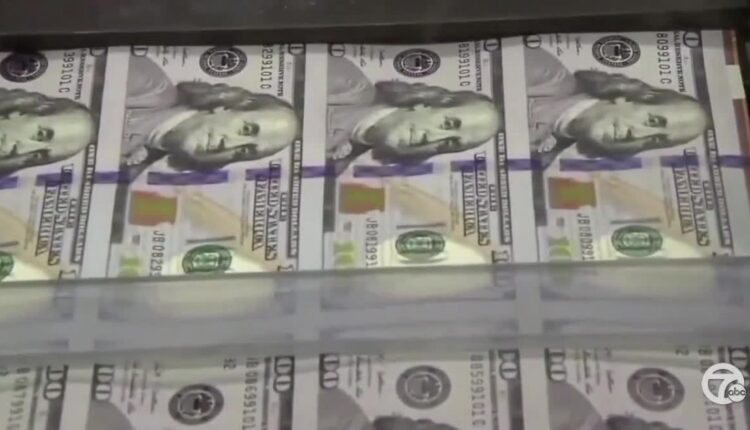 DETROIT (WXYZ) – Wayne County is well on its way to a full economic recovery from COVID-19, according to a report released Monday by University of Michigan economists.

Restaurants like Brass Rail are currently not seeing the traffic they would hope for on an 80-degree fall day. The downtown offices are still mostly empty, so the downtown streets feel the same.

“At the moment at 5 p.m. there is no pedestrian traffic. These should be busy streets by now, ”said Kevin Weathers, Brass Rail bar manager in downtown Detroit. “People have to come back and move back downtown. Many people moved out during the pandemic. We need these apartments full, we need these bars full. “

Prior to the pandemic, downtown Detroit appeared to be on track for an economic comeback, and despite the pandemic, University of Michigan economic forecasters believe the comeback will remain on track.

Ehlrich is one of the authors of a report released this week that predicts an almost complete economic recovery in Wayne County by 2023, with a current unemployment rate of just 4.5%.

Despite the low unemployment rate, restaurants like the Brass Rail say they cannot find workers and are struggling with staffing as many workers have left the workforce.

“Anyone who comes in, we’ll give them a job. We just need these bodies to get in, ”said Weathers. “I think a lot of people have found jobs outside of the restaurant industry. You work for Amazon, FedEx, earn more money and hours, and don’t have to deal with the public and may be afraid of the virus. “

Since the low unemployment rate only counts active job seekers, the current rate of 4.5% is not an indicator of a prosperous workforce, says Ehlrich.

While restaurants struggle to recruit new employees in the short term, there is still optimism in the hope that the workforce and customers will soon return to the city center.

“There’s a project right next to us with 200 construction workers, there’s the Hudson site up the street, there are bottlenecks and something is sure to come back,” said Weathers.

The report also predicts that Wayne County’s economic growth will outperform the rest of the state and by 2023 unemployment will be as low as it has been in more than two decades.