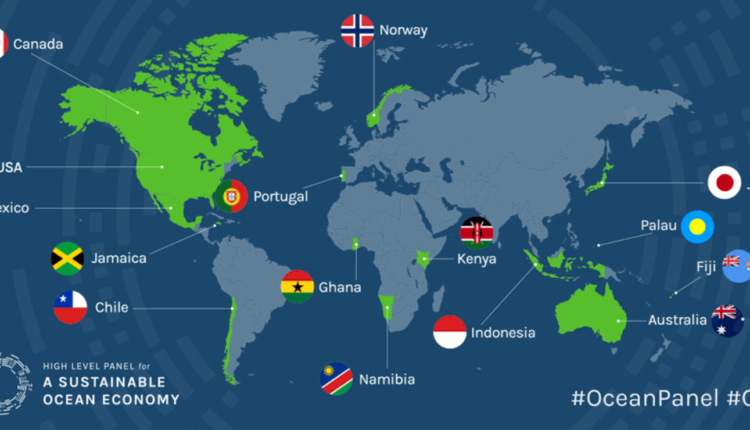 GLASGOW | November 2, 2021 | The United States has joined the High Level Panel for a Sustainable Ocean Economy (Ocean Panel), which is made up of 14 nations representing nearly 40 percent of the world’s coasts, 30 percent of its Exclusive Economic Zones (EEZ), and 20 percent of its fisheries, and 20 Percent of the shipping fleet.

The members of the Ocean Panel coordinate politics with the aim of creating a “sustainable marine economy” in their respective legal systems. The organization has advocated the sustainable management of wild fish stocks and the use of carbon capture and storage in the seabed through the growth and sinking of massive kelp beds. Such strategies trap carbon in geological formations below the sea floor, but unexpected consequences are feared if not used properly and with international collaboration.

“I have long followed the work of the Ocean Panel and fully agree that creating a sustainable marine economy based on the latest science is essential to ensure a prosperous future for our communities and our planet,” said John Kerry, the President’s Special Envoy on Climate Change.

The panel had previously published a 24-page roadmap for achieving a sustainable marine economy, in which 100 percent of the oceans under their jurisdiction will be operated under Sustainable Ocean Plans by 2025.

The document sets out several goals to be achieved by 2030, including restoring wild fish stocks to sustainable levels and reducing dead zones caused by excessive agricultural runoff that feeds massive algal blooms. In addition to CO2 capture, the timetable also calls for an increased cultivation of algae as food, fuel and sustainable plastic alternatives.