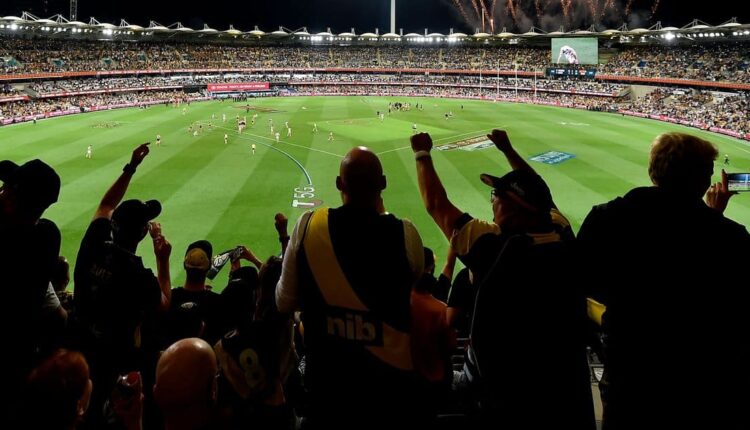 The 2020 Toyota AFL Grand Final, played at night for the first time, welcomed a COVID capacity of 29,707 people to the event, making it one of the largest crowds to gather in 2020.

The annual Queensland Sport Awards were established in 1995 and are designed to recognize the achievements of athletes, coaches, officials, administrators and organizations.

AFL CEO Gillon McLachlan said it was an honor to receive the prestigious award and thanked everyone involved for making the 2020 Toyota AFL Grand Final possible.

“To all of the Queenslanders who supported the game, be it from the gabba, their lounge rooms or their local footy ovals.

“I would like to thank the Queensland Government, Premier Annastacia Palaszczuk, Minister Stirling Hinchliffe and former Minister Kate Jones for their support in helping us take the game to new heights in Queensland, as well as Brisbane City Council , Lord Mayor Adrian Schrinner and the Department of Tourism, Innovation and Sports, including Queensland Tourism and Events and Queensland Stadiums, who helped bring the Grand Final to life.

“83 Toyota AFL Premiership Games have been played in the lead up to the Grand Final as well as many other training sessions and this would not have been possible without the support of councils across Queensland including Cairns, Gold Coast, Moreton Bay, Sunshine, Coast and Brisbane.

“I would also like to thank Toyota and the other major corporate partners the AFL and our broadcast partners Channel Seven, Foxtel and Telstra, as well as all of the local Queensland musical / artistic talent who performed in the pre and halftime entertainment that helped us make it to make it a grand finale that will be remembered forever. “

AFL Queensland Head Trisha Squires said the legacy of hosting the 2020 Toyota AFL Grand Final at the Gabba continues to thrive, with a record number of Queenslanders playing the game in 2021, support and follow.

Queensland had the highest number of registered community club football participants this year, surpassing the previous record of 2019.

“The participation of women continues to rise, with women and girls making up 25 percent of registered community football participants, while the number of NAB AFL kicks in the community is up 31 percent.

“We have also seen annual growth in our StreetSmarts AFLQ Schools Cup and strong participation from juniors who have contributed to the health of the game across the state.

As part of their commitment to leaving a legacy after the 2020 Toyota AFL Grand Final in Queensland, the AFL and the Queensland Government have formed an $ 8 million partnership to create the AFL Queensland Grand Final Facilities Fund, Community Clubs, Schools and local councils will provide funding for the development of women-friendly dressing rooms, new ovals, and upgrading of existing fields and lighting.

Bennifer 2.0, plus more celebrities and pop culture events we’re thankful for in 2021 | Gallery