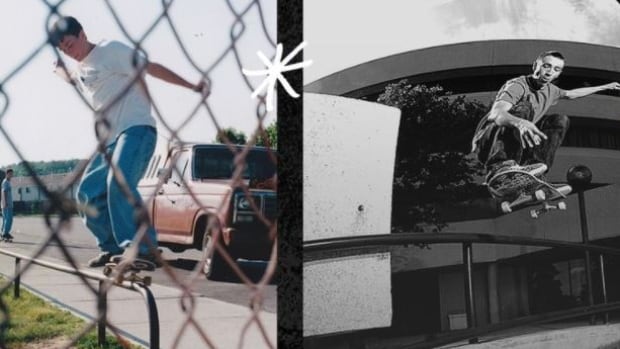 Nico Taus from Sudbury, Ontario is a lifelong skateboarder.

He has been skateboarding since the late 1990s when he first discovered the sport as a child.

These interests have now come together in a new documentary film project directed by Taus, called Cracks in the Road. The three-part series traces the history and development of the sport in Sudbury.

“It goes back a lot further than I thought,” he said, adding that he would have guessed that skateboarding dates back to the early 1990s.

What Taus found out was that skateboarding began in Sudbury in the mid-1970s.

“It also reviews how the sport has developed at the national level,” he said.

During his research, Taus discovered that the first skateboard park in Sudbury was created in 1978 in the former Barrydowne Arena.

“We’re talking about little banana boards, little slalom boards that were only meant for cruising,” he said.

“I guess there were enough kids around that time that the city decided to invest. I think it was $ 12,000 then to build this new, this first skateboard park.” said Taus.

When Taus first started skateboarding in the late 1990s, he said the sport was an underground subculture.

“It was unclear at the time,” he said. “When I first started, it was really underground. So when you were part of that community, it was something that was really close.”

It was this subcultural element that Taus really wanted to cover in his documentary.

But Taus says viewers don’t have to skateboard to enjoy the documentary series.

“These are stories people can relate to, whether they skateboarded or not. They’ll see places they went back then that may not exist anymore, they’ll recognize people from high school.”

The documentary series will also address the tensions and struggles for skateboarders in the past.

“Most people didn’t understand it, it was very misunderstood,” said Taus.

“Obviously, at the time, skateboarding was not welcome in private or public spaces and there were no skate parks; and they would be harassed.”

“It was a sport that people wanted to do that wasn’t welcome, it was a challenge,” he said.

But skateboarding has advanced to the point where it is now a sport that athletes compete in the Olympics. It will debut at the ongoing Tokyo Summer Games.

“It has definitely lost a bit of that underground element, knowing that you can basically go into any young store in a mall and find skateboard shoes and skateboard brands,” said Taus.

“For a sport that has been around for 4 decades why shouldn’t it deserve credit or a record of all the things that have happened.”