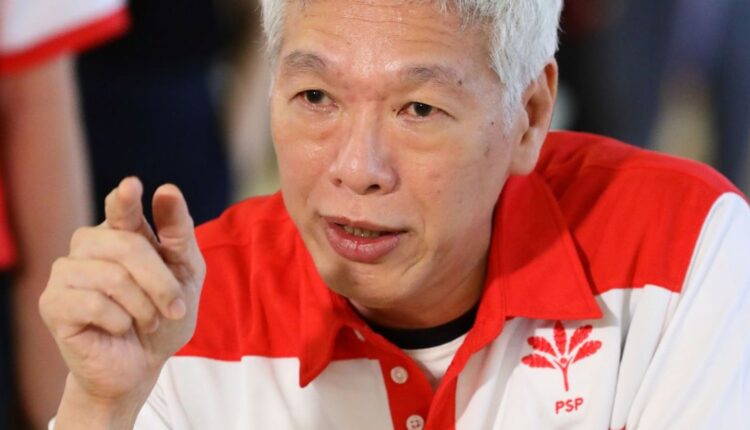 Lee Hsien Yang has been in the media spotlight following a sibling dispute over their father’s will.

The estranged younger brother of Singapore’s premier is selling his resort-style home amid rising demand for luxury real estate in the city-state.

The two-story bungalow, a local term for the equivalent of a villa, is being sold for SGD 16.8 million ($ 12.4 million), according to a listing on property portal PropertyGuru. Public records show Prime Minister Lee Hsien Loong’s brother Lee Hsien Yang and his wife as co-owners. The couple currently lives in an apartment in the prestigious Nassim Road neighborhood.

On a plot of land of 920 square meters, the house has six bedrooms, two living rooms, a walk-in wine cellar, a helper’s room, an infinity pool and a koi pond. Four cars can be parked within the property. In the listing it was described as a “modern resort style bungalow”. It is located on Caldecott Hill, an upscale neighborhood near the famous Orchard Road shopping belt. Lee Hsien Yang declined to comment when asked why he was selling the house.

Lee Hsien Yang has been in the media spotlight after siblings argued over their father’s will and the famous house on Oxley Road. He and his older sister had accused their brother, the prime minister, of maneuvering to undermine their father’s instructions in 2017, citing the existence of a committee of ministers examining options for the property. Lee Hsien Loong denied the allegations. Her father was Lee Kuan Yew, Singapore’s founding prime minister.

Ahead of last year’s general election, Lee Hsien Yang also made headlines when he joined an opposition party and fought against the ruling party once led by his father and currently led by Lee Hsien Loong. Lee Hsien Yang, a Cambridge and Stanford graduate who held senior positions at Singapore Telecommunications Ltd. was also the former chairman of food and beverage company Fraser & Neave Ltd., who led a bidding war for the company, which was eventually acquired by Thai billionaire Charoen Sirivadhanabhakdi for S $ 13.8 billion in 2013.

His move to sell the house comes when Singapore is experiencing a real estate frenzy that leads to sales of 32.9 billion in business center in the first half of the year alone.

In line with the demand for high-end homes, sales of top-of-the-range bungalows – considered the best residences in Singapore – rose more than six-fold year-on-year to $ 1.6 billion in the first half of the year.

According to a report by Singapore-based real estate company OrangeTee, luxury home sales in prestigious neighborhoods hit a 10-year high in the second quarter. The prices for new luxury apartments rose according to the report in the third quarter compared to the previous year by 5.2%.

“As Singapore’s economy is set to rebound strongly this year, consumer confidence is likely to continue to grow,” the report said. “This will spur luxury home purchases and prices are likely to trend higher in the coming months.”

California Vaccine Mandate Extends to Aides for People With Disabilities