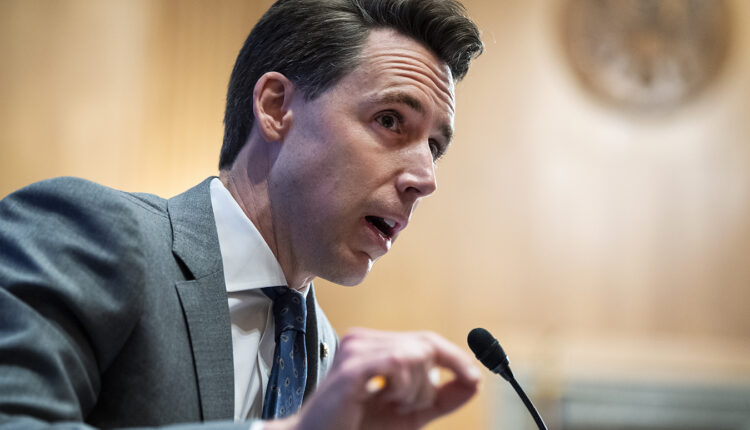 ST. LOUIS — The day after Missouri Gov. Mike Parson finished his bicentennial bus tour to drum up tourism to the state in mid-July, Chicago issued a travel advisory warning about visiting Missouri.

The state health officer post has sat vacant since Dr. Randall Williams resigned suddenly in late April — leaving Missouri without a permanent leader as the covid numbers grew. And Brian Steele, a mayor in the Springfield area, which is at the epicenter of swelling cases, faces a recall vote for his masking mandate that ended in April.

Hospitals in southwestern Missouri are overflowing. As of July 19, Centers for Disease Control and Prevention data show Missouri is worst in the nation for covid case rates over the past week, and in the bottom 15 states for vaccinations against the potentially deadly virus. Though cases are not even half of what they were during the winter spike, they continue to rise rapidly, sending a warning to other states with low vaccination rates about the havoc the coronavirus’s delta variant can bring.

Divisions abound in Missouri, where vaccines are widely available but only 40% of the state has been vaccinated. Public health mitigation measures to reel in the rising case counts would be wildly unpopular in a state that never had a statewide mask mandate. And the more the virus circulates, the higher the chance it could mutate further into something more transmissible or deadly, even for those already vaccinated.

“Missouri is the Show Me State,” Vollmar said, as the state has made headlines for its surging cases among its many unvaccinated residents. “I just wish we could do it for the right reasons.”

Kelli Jones, a spokesperson for the governor, said the national media spotlight on Missouri is misdirected. Flare-ups where vaccination rates are low are to be expected, she said, adding that hospitals in those areas may be strained, but that’s partly because a backlog of elective procedures are being performed during this iteration of the pandemic.

“When the national media catches on stuff, they don’t have all the full facts of all the details,” she said.

Jones and Lisa Cox, spokesperson for the Missouri Department of Health and Senior Services, both pointed to a $5 million multimedia campaign aimed at encouraging vaccinations. They have been heartened to see an increase in vaccine orders from vaccinators — this past week, it was more than triple the usual demand, Cox said.

Meanwhile, hot spot Springfield has requested state funding for an alternative covid care site to treat patients, saying health systems are at capacity. The Springfield-Greene County Health Department Facebook page shows the stark contrast between the vaccinated and those resisting the call, as it’s littered with warring comments, some containing vaccine misinformation.

Will Marrs, a lobbyist for the Missouri Association of Local Public Health Agencies, was born and raised in the heavily afflicted Springfield area. He’s been trying to persuade high school friends to get vaccinated but said it’s difficult to penetrate misinformation echo chambers.

Marrs blames national politics seeping into the Statehouse and the political lifeblood of Missouri, arguing state legislators are following national Republican Party trends instead of shouting from the rooftops about the importance of vaccinations. Earlier this month at the Conservative Political Action Conference in Dallas, attendees cheered over the country not hitting vaccination rates.

And the state’s Senate delegation shows the trend: Sen. Josh Hawley, a Republican eyeing higher national office, has appeared on Fox News likening a vaccine misinformation initiative from President Joe Biden to a “surveillance state” that is “out of Beijing.” His counterpart, Republican Sen. Roy Blunt, who has frequently stressed the importance of getting vaccinated, is not seeking reelection.

“We’re in a crisis not only here in Missouri but around the country and the world, and we are acting like it’s just business as usual,” Democratic state Sen. Jill Schupp said of the Republican leadership in the state. “They have chosen to take the side that says, ‘I’m going to turn a blind eye to this, to this pandemic and to this variant, and I’m going to pretend like it doesn’t exist.’”

Local public health workers, not federal agents, have been going door to door in Springfield and elsewhere in the state to encourage vaccinations.

Jones said some of the critiques that Parson isn’t doing enough to promote vaccinations come from an ideological divide: The governor does not believe the government has the power to mandate such things, much as he doesn’t believe in mandating masks, she said.

“It comes down to some personal responsibility; the governor said that from the very beginning,” she said. “And people are just gonna have to decide to, you know, hopefully, to get vaccinated.”

Amid the uptick in cases, the White House announced it was sending a “surge response team” to help Missouri.

That “team” currently consists of one epidemiologist on the ground in southwestern Missouri and a vaccination specialist offering virtual support, numbers based on what the state said it needed. Cox said the state is requesting more resources.

But two people — one remote — are hardly enough to combat decades of underfunding and a year and a half of political vitriol, said Brian Castrucci, CEO of the de Beaumont Foundation, which advocates for public health.

“We are being forced to apply band-aids where we don’t have the resources for stitches,” he said.

Back in eastern Missouri, Vollmar’s county is inching back up the covid case chart. She suspects everyone went to tourist (and delta) hot spots in southwestern Missouri over the Fourth of July.

While she’s thrilled to have the game-changing vaccine, only roughly 30% of Jefferson County is vaccinated. Unlike last year during a similar rise in cases, she feels she doesn’t have the political buy-in from her area for mitigation measures like masking. Candidates for her local school board ran and won on the idea of eliminating mask mandates in schools.

The state health department’s advisories to hot spots say “social distancing, masking, and other precautions remain important” but do not mandate them.

Vollmar also warned about a lack of funding for contact tracers and other public health measures needed for the wave she worries is coming. Funding has been slow to reach local health departments, much as it was last year when some county commissioners around the state withheld funding for local departments, angry about lockdowns and other restrictions. Platte County in the Kansas City area paid roughly the same in pandemic relief funding to a local cruise ship company as it did to its health department, which served nearly 90,000 people.

Without a state health officer coordinating the response or getting the ear of the governor, Vollmar said, local officials like her have been interacting more with federal officials. The governor’s office said a new director will be announced Wednesday. Cox said the acting director, Robert Knodell — formerly Parson’s deputy chief of staff, who does not have a public health background — had been “very involved” in the response.

A 2020 KHN and AP investigation found Missouri’s public health spending was one of the bottom 10 in the nation at $50 per Missourian per year before the pandemic. Missouri public health staffing had fallen 8% from 2010 to 2019 with the loss of 106 full-time employees.

But Schupp asked, considering the recent legislation and political climate in Missouri, will any qualified state health officer want to come? “We’re not allowing anyone to do a good job,” she said.

[Correction: This article was revised at 9:10 a.m. ET on July 21, 2021, to correct the city where Brian Steele, who is facing a recall vote for his masking mandate, serves as mayor. He is mayor of Nixa, which is in the Springfield area.]

The fresh market goes ahead with IPO

The ‘Burn Scars’ of Wildfires Threaten the West’s Drinking Water

Wildfire Smoke Is Here to Stay. Here’s How to Clean the Air…