The American economy is booming, and with it business optimism: Morning Brief 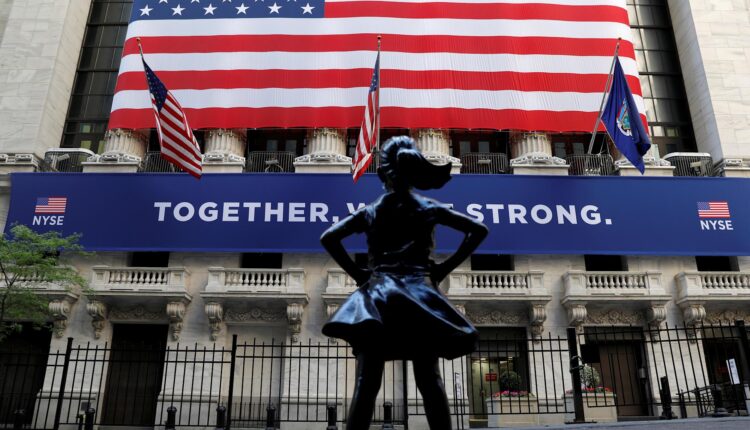 This article first appeared in the Morning Brief. Receive the Morning Letter straight to your inbox Monday through Friday by 6:30 am ET. Subscribe to

Businesses of all sizes feel great about the economy

Optimism about the US economy is abundant right now.

Consumers have not been as confident about their prospects since the pandemic began. And of course, for the largest companies in the country, it doesn’t take much beyond the performance of the S&P 500 (^ GSPC) and the tightening of credit spreads to see how good business conditions are today.

And when executives like JPMorgan (JPM) CEO Jamie Dimon say the “pump” for consumers is ready to spend, then you know how he sees the state of the economic recovery.

However, recent data also shows that trust exists across the spectrum, for both large and small businesses.

JPMorgan Chase’s 2021 Business Leaders Outlook survey, released on Monday, found that 88% of business leaders the bank surveyed are optimistic about their company’s prospects over the next six months.

“After surviving the challenges of the past year and a half, companies are optimistic about the future,” said Jim Glassman, chief economist at JPMorgan Chase Commercial Banking. The survey included 1,375 executives from medium-sized companies or those with annual sales between $ 20 million and $ 500 million.

The bank’s survey also shows that three quarters of respondents are optimistic about both the national and local economies, 40 percentage points more than last year.

Meanwhile, the National Federation of Independent Business (NFIB) released its Small Business Optimism Index for June last week, which beat Wall Street’s expectations, surpassing 100 for the first time since November. The report also showed that 15% of respondents felt the next three months would be a good time to expand – the highest percentage since February 2020.

However, both reports identified attitudes and inflation concerns as the main concern for business leaders large and small.

JPMorgan’s survey found that approximately 81% of the companies the company has heard of plan to increase staff over the next six months. NFIB data found that 63% of small businesses either hired or tried to do so in June. JPMorgan’s survey also finds that accelerated retirement – a topic we discussed earlier in The Morning Brief – poses staffing challenges.

And as a variety of data has shown – from job reports to inflation measurements to job vacancy surveys – the economic recovery from the COVID-induced recession has been anything but smooth. But employers competing for labor and complaining about rising wage demands is a champagne problem when we’re only 15 months away from an almost overnight economic deadlock that put more than 20 million Americans out of work.

Or as JPMorgan’s Glassman said, “The focus now is on managing the growing pains to harness the momentum of the economic recovery, which is a comparatively good problem”. And we’ve seen the other side.

By Myles Udland, reporter and presenter for Yahoo Finance Live. Follow him at @MylesUdland

What can be seen today

Read: Netflix Earnings, Housing Data: What You Should Know This Week

What are Base Effects and How Do They Skew Inflation ?: Yahoo U

From Burger King to Panda Express, the train runs here on a plant-based basis