The Afghan economy could take a hit 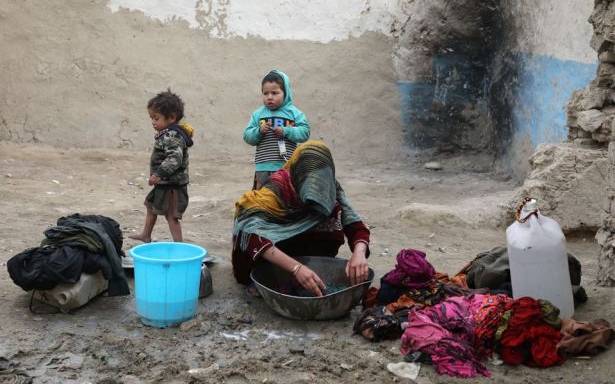 While the world’s attention is focused on Afghanistan and the troubling upheavals, its economic situation is of greater concern. Economic livelihood for the past decade has come from donor payments. This enabled Afghanistan to function and its economic activities to flourish. Large funds spent by the US and other global partners in Afghanistan have made a difference, despite serious allegations of corruption regarding their use.

Between 2016 and 2020, international donors supported Afghanistan with US $ 15 billion. Grant funds supported 75 percent of public spending. GDP per capita rose from $ 877 in 2002 to $ 2,087 in 2020. At the Geneva Conference in November 2020, pledges fell to $ 3 billion annually through 2024, provided there was peace and respect for democratic rights. This was true of the outgoing regime in Afghanistan. Forecasts already show that the economy could shrink by up to 7 percent in 2021.

Afghanistan’s world trade is about $ 7 billion, of which $ 6 billion is imports. Most of its $ 1 billion exports, mostly fruit, nuts, and vegetable-related products, went to India. India absorbed 47 percent of Afghan exports, mostly the dried fruit trade. This was a $ 510 million trade that went overland via Pakistan. After Pakistan closed the border with Afghanistan, it was blown up. It will have a direct impact on fruit growers and traders and will cause further hardship in difficult times.

Trade between India and Afghanistan was $ 1.4 billion as of March 2021. It was lower than the $ 1.52 billion in 2019-20. Indian exports totaled $ 820.6 million last year. India, Pakistan, China, Turkey and the United Arab Emirates are the five most important export partners. Iran, China, Pakistan, the USA and Turkmenistan are the leading exporters to Afghanistan. India is the main trading partner due to its imports, which account for almost half of Kabul’s total exports.

Afghanistan received $ 200 million in FDI between 2017 and 2019. By 2019, the FDI dropped sharply. Both FDI and trade are too low for Afghanistan to benefit from globalization. India has offered licensed access to 38 interesting products for Afghanistan since 2003, which increased its exports. This support for the Afghan economy through large imports from India is not well recognized.

India contributed $ 3 billion to Afghanistan’s development. These were people-friendly projects that were implemented quickly and efficiently. The 42 MW Salma Friendship dam, the parliament building, the children’s hospital, the 218 km long Zaranj Delaram highway that demonstrated connectivity to Iran, power infrastructure such as the 220 kV direct current transmission line from Pul-e-Khumri, the capital in the province of Baghlan north of Kabul, are among the 400 projects that India has carried out in all 34 provinces. The planned Shahtoot Dam will supply Kabul with water. At the pledge conference, India promised 100 more community development projects. These will directly benefit the people of Afghanistan.

The temporary closure of the Indian embassy and the departure of all Indians due to the security situation in Afghanistan have stopped them. It remains to be seen whether the new dispensation in Kabul. if it does emerge, India will be viewed as a security threat or a socio-economic partner.

Afghanistan remained a donor-dependent economy. Since most donors co-existed with NATO forces, their economic support is expected to be limited. The US has already reported halting $ 9.5 billion in assets, while Germany and others have announced the suspension of aid. The impact on poverty rates will be high and will continue to depress the budget.

The fall of the government in Kabul and the transition period will only add to these numbers. The Taliban are not only worrying ordinary Afghans, the big donors are also rushing to limit their losses. This raises serious questions about the Afghan economy.

China to the rescue?

China is believed to be the likely savior of Afghanistan. It has a share of 14 percent in exports to Afghanistan. It imports less than 4 percent of Kabul’s exports due to the lack of connectivity and market. China’s investment in Afghanistan is about $ 4.4 billion. It has owned the rights to the Mes Aynak copper mine since 2008. The 30-year lease for $ 2.9 billion is still ongoing. It can begin now. China set up a railroad from China to Hairatan in northern Afghanistan in 2016. It can be linked to Uzbekistan.

There are fears that China is now free to compensate for the loss of financial stability in Afghanistan. Is that really likely? China mainly uses BRI funds to advance its agenda in various countries including Central Asia. The ongoing experience with the BRI flagship CPEC in Pakistan may draw lessons from this. Pakistan is currently a better governed country than Afghanistan. But the Chinese CPEC has many problems, it would be foolish to start a new project in Afghanistan because it has a lower level of government and stability.

The functionality of a new administration will depend on the payment of its security guards, administration and staff. Where exactly these funds come from remains a strategic question. For its economic well-being, the new government may be better off trying to participate in the international community of nations than maintaining its perceived sense of isolated values ​​backed by a failing Pakistani state as an ally.

The author is a former ambassador to Germany

Leonovus Inc. reports financial results for the second quarter of 2021