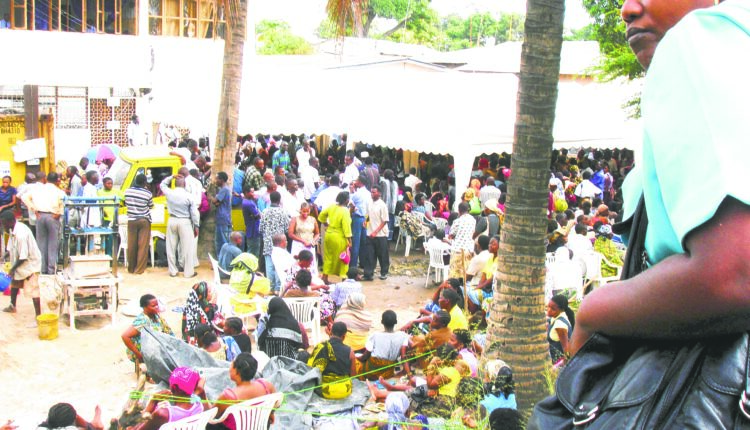 Sometimes we work so hard … like donkeys to make money. And our body gets tired. We are young and the next day we are old. As you get older, the years seem to go by. When you are 40 years old you will find that there are things that your bones can no longer take.

When making money, it is important to make sure that you think about how your money can work for you.

They say make sure you work hard and make your money work hard for you too. When you get to a point where your money is working for you, it’s called investing.

The best way for anyone to take responsibility for financial security is to put your money where you believe you can grow your wealth and generate income before retirement.

I think a lot of Tanzanians know that and therefore like to invest. Unfortunately, sometimes they took their money to the worst of places and the losses were huge. One of the best examples of things going wrong is a misguided love of financial pyramid schemes.

Do you remember the banned Community Initiative Development Entrepreneurship (DECI)? Records show that it attracted approximately 700,000 people who invested in its program. The promise was a return of 200 percent in just 8 weeks after the investment!

However, without revealing its winning formula, DECI managed to spark the imagination of so many people interested in investing for such a good return. The infamous company sank with billions of innocent inventors in cash! The customers just wanted an investment vehicle that guaranteed them a high return! Since then, the government has quickly ended other reported illegal plans to protect the public.

Another factor that shows that Tanzanians like to invest is acceptance into Savings and Credit Cooperatives Societies (SACCOS) and “village community banks”, known in Swahili as VICOBA.

Currently, these are the lifeline of many people in both rural and urban areas who use their hard-earned money to share and borrow money even during difficult times.

As early as 2003, the government founded the Unit Trust of Tanzania (UTT) with the task of promoting collective investment schemes and promoting a culture of savings. So far, this has been one of the best investment options for the common Mwananchi. The UTT is regulated and backed by the government, which makes it a good investment vehicle for Tanzanians and even foreigners.

Perhaps the most popular investment model in Tanzania’s financial markets is a savings account with the numerous banks that are licensed by the Bank of Tanzania (BOT). There are financial instruments such as stocks (stock market) and bonds.

Some investments are interest-based while others are non-interest-rate (belief-based) investments. For the latter, for example, it was great to see the country’s first Sharia-compliant bond (sukuk bond) recently issued.

The citizen reported that the bond was 36 percent oversubscribed. Experts believe the bonds are vital for both religiously conscious investors and those who are non-religious but love Sharia-compliant funding models.

The bond has been approved by the Capital Markets and Securities Authority (CMSA) and thus meets all government requirements.

It is therefore important to have more products like this in the fully regulated financial markets in order to satisfy the Tanzanians’ great appetite for investment.

It is also important that we encourage one another to invest. It should be noted that by diversifying our investments (investing in different areas and maximizing returns / incomes) we are preparing for the improvement of our own future and the development of our economy.

Top news of the day: India wins two silver medals and one bronze medal at the Paralympics in Tokyo; CBI investigation found no “identifiable crime” committed by Anil Deshmukh and more