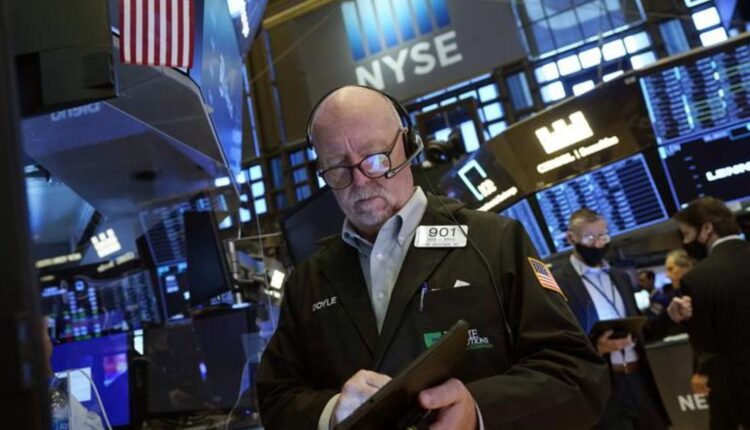 US stocks fell out of the gate on Monday as investor pessimism mounted about the rise COVID-19 infections That could dissuade the economy from recovering from the coronavirus pandemic.

The Dow fell nearly 470 points to around 34,218 shortly after Monday’s opening bell, while both the S&P 500 stock index and the tech-heavy Nasdaq composite were down about 1.3%.

Experts say Indonesia has become a new epicenter for the pandemic as outbreaks worsen in Southeast Asia. Meanwhile, some athletes have tested positive for COVID at the Tokyo Olympic Village, with the Games set to open on Friday.

“The more transferable Delta variant delays the recovery of the economies (Asia) and drives them further into the doldrums,” said Venkateswaran Lavanya from Mizuho Bank in Singapore.

In Japan, the introduction of vaccines came later than in other industrialized countries and has recently stagnated. Japan is currently completely dependent on imported vaccines and only one in five Japanese is fully vaccinated.

Investors’ attention is now turning to US corporate earnings. Most companies will publish their results this week and in the following weeks. Hopes are high as earnings in the S&P 500 are expected to grow 64% year over year, according to FactSet.

Everything downhill from here?

As the US economy buzzes, corporate profits float, and stock prices peak, Wall Street investors ask themselves a fearful question: is it going to go downhill from here?

So far, investors have largely put the nervousness aside – general metrics such as the S&P 500 and the Nasdaq Composite had reached record highs. In fact, major stock market averages have almost doubled since the low in March 2020.

The US is recovering from the recession so fast that many forecasters estimate the economy will expand by around 7% this year. That would be the most robust calendar year growth since 1984.

The economies outside the USA are also growing sustainably. The Chinese economy, the second largest in the world, has slowed significantly from last year, although Beijing claims it grew almost 8% from April to June. And among European countries using the euro, strong growth of almost 5% is expected in 2021.

For now, many Wall Street voices see nervousness as just one factor: they predict that stocks and bond yields will rise over the course of the year as the economy and corporate earnings continue to grow. There are many factors behind the recent changes in the markets, particularly the sharp decline in bond yields, including some technical factors that likely made the volatility worse and could be short-lived.

“We have definitely reached the climax”

“We don’t see it go out or turn around, but it is clearly aging,” said Rich Weiss, senior vice president of American Century Investments, of the economic recovery. “We have this whole decelerating issue that ‘The Best Is Yet To Come’ is no longer the case. We have definitely reached the climax.”

“The unknown is what you’re going to do,” he said. “We’ve ridden this huge reopening economy and the reflation trade. Yes it will slow down, but what will it slow down to? If the labor market is still weak, are we slowing down to something on the order of 4% to 5% “economic growth,” or is it slowing down to 2%? That would be a negative surprise that could stir up the bond and equity markets. “

The 10-year government bond yield, moving in line with expectations for economic growth and inflation, rose to over 1.75% in March after more than doubling in four months. Optimism rose that with the economy reopening and the introduction of COVID-19 vaccinations, life would return to normal. But that also fueled concerns about a sharp rise in inflation.

However, the 10-year yield fell below 1.25% last week. The month-long decline came as investors reacted more to the Fed’s insistence that high inflation appears to be temporary. The decline accelerated after some reports that showed economic growth remained strong but not quite as strong as Wall Street expected.

The stock market, which had slid to record highs, fell nearly 1% in one day last week. The decline was modest, but enough to lead some analysts to believe that stocks are finally paying attention to the bond market signal.

Other reasons for rejection

Instead, by last Monday at the latest, the S&P 500 quickly set records again. That’s one of the confusing things for David Joy, Ameriprise Chief Marketing Strategist.

“The bond market has often provided good early warning signals in the past,” said Joy. “I don’t know if that’s necessarily the case this time around because we don’t really know what is driving rates down.”

In addition to concerns about peak growth and virus variants, analysts point to other possible reasons for falling earnings. These include buying government bonds by investors from countries where interest rates are even lower, pension funds that are switching some of their investments from stocks to bonds, and a rush of traders who are simultaneously getting out of betting on rising interest rates.

Although the S&P 500 is close to its all-time high, some market watchers say moves within the stock market have also shown signs of concern. In the past two months, the synchronized upward movements for many market areas have failed because of the flourishing optimism, say strategists at Deutsche Bank. While large US stocks continue to rise, smaller stocks in the Russell 2000 Index have faltered since peaking in March – and the prospects for these companies are more economically tied.