Starling Bank CEO says the IPO will take place by 2023 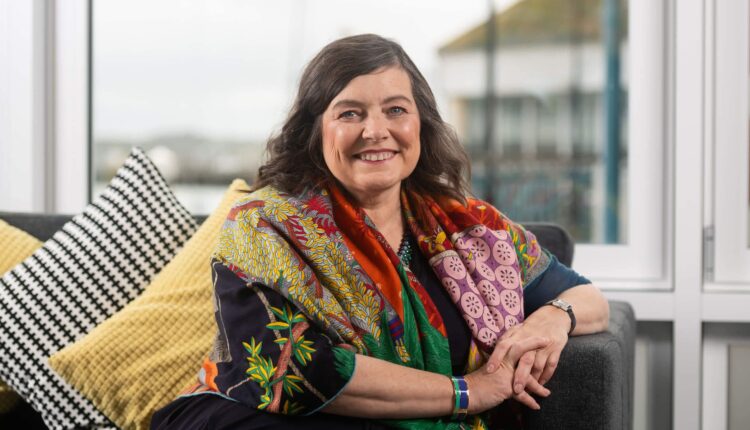 An IPO is “a year or two later,” Boden told reporters. “It’s at least a year away. But we’re talking a year or two.”

Starling, whose investors include Goldman Sachs, Fidelity Investments and Qatar’s SWF, is one of the UK’s leading challenger banks.

Along with other start-up competitors like Monzo and Revolut, Starling has attracted millions of users through just an app and a linked payment card – no physical branches.

Boden said Starling’s IPO is likely to take place in London, where the company is headquartered.

“I really hope we can do that in London,” she said. “I think that would be the default option unless we are convinced otherwise.”

A public debut for Starling would add to a number of high profile floats in the UK’s fledgling tech sector.

Fintech firm Wise was listed directly on the London Stock Exchange earlier this year with a valuation of $ 11 billion. The food delivery giant Deliveroo was less successful with its IPO, the share lost up to 30% on the first day of trading.

Although the UK has spawned successful tech companies like Google-owned artificial intelligence company DeepMind and Arm, whose chip designers are being sold by SoftBank to Nvidia, it has not yet shaped publicly traded tech companies on a scale comparable to those in the US or China.

Starling was founded in 2014 and offers free checking accounts via an app. Since then, it has moved into the credit and commercial banking sectors that have recently helped the company break even.

Starling’s early days were marred by a bitter argument between Boden and co-founder Tom Blomfield, who founded rival online bank Monzo. The spit was the subject of a book published by Boden last year called Banking On It.

“I noticed that I had always marked our progress against Monzo, as they were our rival challenger bank and started almost simultaneously,” said Boden in a new printed version of her book, which is due to appear on Thursday.

“The extraordinary experiences of 2020 have shown more clearly than ever that our competitors Lloyds, Barclays et al. are.”

Yet the challengers are still a long way from stealing significant market share from much larger incumbents. Starling, most recently privately valued at $ 1.5 billion, earned £ 97.6 million ($ 133.2 million) in 2019, a number that pales in comparison to traditional lenders like HSBC, Barclays and NatWest.

‘Not Quite on Board’: Parents Proving a Tough Sell on Covid Vax for Teens

Preparations for Lic Ipo in full swing; Amarinder Singh Leaves Congress and Beyond