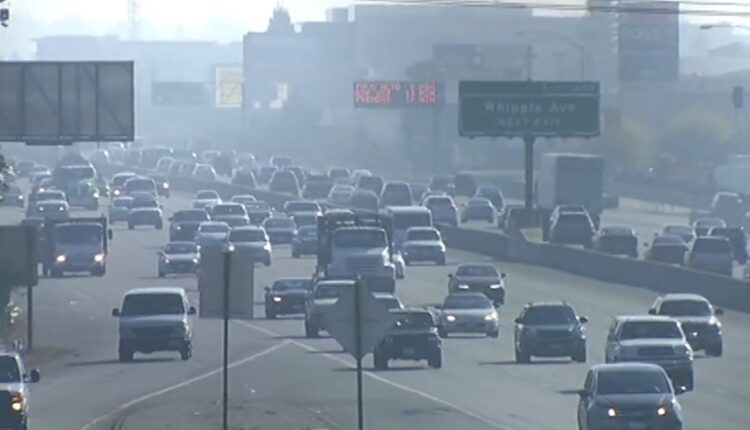 PALO ALTO, Calif. (KGO) – Fewer cars on the roads and fewer planes in the sky during the pandemic helped reduce carbon emissions. However, Stanford’s annual emissions study shows that we are rapidly returning to pre-pandemic levels.

We’re back on the road, commuting and traveling. As the economy recovers, so too do carbon dioxide emissions. Stanford researchers say it is up nearly five percent year over year and is close to pre-pandemic levels.

“If you park a car in a driveway or mothball an airplane or steel mill, once that infrastructure is back on track, it will be the same polluting infrastructure as before,” said Prof. Rob Jackson, Ph.D., chairman of das Stanford Global Carbon Project.
Economic growth doesn’t have to mean more CO2 emissions. Ahead of the pandemic, he points out that the US, Japan and Mexico have reduced emissions.

“There are also many countries where emissions have decreased in the last decade but economies have grown, so I don’t think there is a close link between economic growth and emissions,” Jackson said.

However, China could be a major exception. Due to the scarcity of electricity, coal mining and burning have increased to boost production.
Electric vehicle sales are breaking records nationally and in California. However, electric vehicles only make up about 10 or 11 percent of the market. And it will be years before today’s gas-powered vehicles go out of service.

“If we clean up the energy sector and the transport sector, we will not only solve the climate problem. We’re saving lives and making our air cleaner and healthier, ”said Jackson.

Even if ambitious commitments were made at GOP26 in Scotland, progress in Washington can be difficult.

“The clean energy bill is stuck in Congress, and we haven’t done much for clean energy,” noted Jackson.

Read the full report below: