Should You Invest in SJS Enterprises IPO? 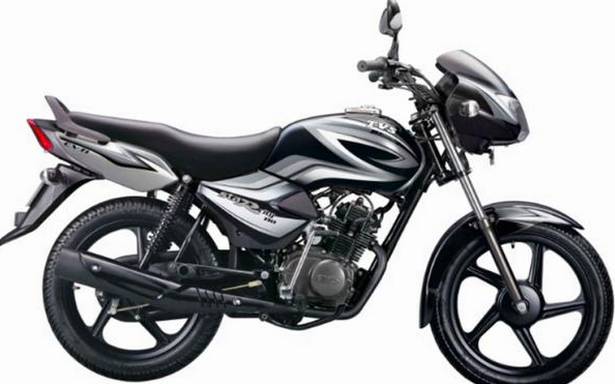 Risky investors can subscribe to the SJS Enterprises IPO. SJS is a player in the decorative and aesthetic industries for automobiles and consumer goods. SJS is a supplier of products such as logos, decals (stickers) and overlays, as well as advanced technology products such as 3D dials / logos, optical plastics and injection molded parts.

Long-term relationships of 13-25 years with many customers, an EV-independent product profile and consistently high margins are positive for the company. However, SJS is making maximum use of the current bull market conditions to obtain a partial exit for the promoter Evergraph Holdings (stake drops from 77.8 percent to 34.8 percent) and Promoter & MD – KA Joseph (stake will be reduced by 5.5) by 15, 3 percent) in the amount of ₹ 800 crore. The IPO is valued at 34 times its FY21 profit, which isn’t exactly cheap, especially given its expected market cap of around ₹ 1650 billion. SJS has no peers in the listed area. However, this pricing is on par with another recent IPO of small-cap auto components – Sansera Engineering – which was valued at 35 times its FY21 earnings. Sansera has been trading in a narrow range around the IPO price since it was listed on September 24, 2021. We had recommended an investment in the Sansera IPO due to long-term prospects. SJS is also a long-term game. Investors can limit their investments to small amounts since it is a small-cap stock.

SJS generates 50-60 percent of its sales with two-wheelers, 15-20 percent with cars and the rest with consumer goods. The growing design awareness of customers and the improvement of the affordability of premium vehicles and durable consumer goods, which offer more scope for aesthetic enhancements, work in favor of the company.

According to CRISIL, demand for two-wheelers, passenger cars and consumer durables is expected to increase in the period on the 20th that is, at a CAGR of around 20 percent over the same period.

After SJS had generated almost half of its income from decals and body graphics in fiscal year 2019, SJS has enriched its product mix in the past two years with 3D applications and dials, in-mold labels / decorations and lens mask assemblies. With the acquisition of Exotech in April 2021, the company also expanded its chrome plating capacities. Key customers include Royal Enfield, TVS, Bajaj Auto, Suzuki, Visteon, Whirlpool, Samsung and Godrej. Unlike many other auto component suppliers, it has high operating margins of over 25 percent. Due to the added value in the product mix, the operating margin rose from 28.6 percent in FY19 to 30.2 percent in FY21. An almost annual recalibration of the pricing in segments such as decals due to changed requirements for delivered vehicles helps. Exports, which generate around 15 percent of sales, now benefit from higher margins (from 10 percent in FY19). Since chrome plating is a lower margin product, the Exotech acquisition has diluted the proforma margins for FY21 to 26.1 percent (the acquisition is EPS boosting). However, it has also brought in new customers (Mahindra and Mahindra, John Deere and Volkswagen) and cross-selling opportunities.

Cross-selling improves the content offered per vehicle and thus creates a certain scope for pricing power that is otherwise not easy for suppliers to get. SJS has also successfully used this strategy in the past to expand its business with both automotive and consumer durables customers.

The company has also recently started selling accessories such as PU badges and domes for vehicle body graphics in the aftermarkets, a typically more profitable segment.

In FY19-21, revenues rose from 237 billion to 251 billion and profits rose steadily from 37.6 billion to 47.7 billion. This has to be seen against the background of the effects of Covid as well as the downturn in the auto industry. The net profit margins are also high at over 15 percent.

SJS operates in a highly competitive business and has a few peers in the unlisted space. But the company has gained a foothold in the segments in which it is represented. Out of CRISIL’s estimated total market size of ₹ 1000 crore in FY21 (excluding chrome plating), SJS had sales of ₹ 250 crore. (From a market size of ₹ 800-900 crore for chrome plating in FY21, Exotech made ₹ 70 crore).

Second, technology in this segment is constantly evolving, driven by rapidly changing consumer preferences as well as the need for manufacturers to keep vehicle weight lighter, for example. Nowadays, capacitive and food grade overlays that are needed in certain consumer goods, in-mold electronics that reduce weight by eliminating cables or buttons, digital dials, etc. are the new technologies. A wider acceptance of 3D printing (now mainly used for prototyping) cannot be ruled out either. The company’s ability to introduce new products despite observing its own design and development in the past gives confidence.

Investors should note that while SJS did not pay dividends in FY19 and FY20, in FY21, Q1FY22 and earlier this year, respectively, a non-executive nominee director was hired to provide management advice for a fee. Evergraph, the sales promoter, will make certain payments from the sale of shares to Sanders Consulting, owned by the CEO, in exchange for consulting services. Sanders owns 1.14 percent of the shares in SJS. While these may not be important to a private company, corporate governance needs to be monitored after listing.