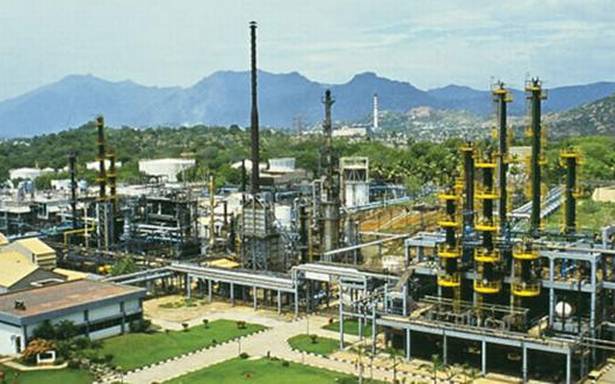 Chemplast Sanmar Limited (CSL) is part of The Sanmar Group, one of the oldest commercial buildings in India. CSL owns the group’s domestic chemical operations, which has stakes in engineering, marine and chemical industries. This will be CSL’s second meeting with the capital markets after being taken off the stock exchange a decade ago. CSL, which faced volatile commodity prices after the 2008 financial crisis, was delisted in 2012 as management wanted to restructure the group in a private form. As it stands, CSL is the largest manufacturer of specialty paste PVC resins and other related products, as well as a growing specialty chemicals business. CSL also merged in FY21 with Chemplast Cuddalore Vinyls Limited (CCVL), a group company that produces suspension grade PVC.

The IPO aims to raise 3,850 billion yen, consisting of a 1,300 billion reissue and 2,550 yen available for sale. The funds will be used to reduce debt at the company level (new issue) and group level (offer for sale). CSL also repaid its stake in group companies prior to going public. CSL had previously worked in a private capacity in such group-internal financing agreements, which are currently being processed. However, this process has currently affected his finances and assets.

Long-term prospective investors would do well to await CSL’s independent course as a publicly traded company before investing.

CSL is a leading manufacturer of most of its products. For special paste PVC resin (20 percent sales in FY21), the installed capacity of CSL of 66,000 tons per year and Finolex, the only other manufacturer with a capacity of 22,000 tons, covers almost half of the domestic demand. Supported by international plant closings and higher import tariffs, the domestic market is expected to grow faster at 5-7 percent CAGR in FY20-25 (3 percent in FY15-20). CSL is also planning an additional capacity of 35,000 tons in this segment at a cost of 256 billion, which is to be commissioned by 2024. CSL generates sales with PVC-related products such as caustic soda, hydrogen peroxide and chloromethane.

CSL’s specialty chemicals segment (4.5 percent of sales in fiscal year 21) is becoming increasingly important for international pharmaceutical and agrochemical customers. CSL plans to invest $ 340 billion in two multi-purpose facilities that will be operational by 2025 and serve its pipeline of commercial stage products.

The suspension PVC product, which was merged into CSL, accounts for 66 percent of sales and CSL plans to increase capacity by 10 percent by eliminating bottlenecks at a cost of $ 23.5 billion.

On an independent basis, CSL has recorded a strong margin profile of around 25 percent EBITDA margin over the past three years, supported by backward integration and product strength. Assuming the consolidation of CCVL from FY19, CSL could have reported EBITDA margins of 13-16 percent in FY19-20, which later rose to 25 percent in FY21, driven by the increase in CCVL margins. CCVL (which is not as integrated as CSL) operated with an EBITDA margin of 5 percent in FY20 and 23 percent in FY21 as demand remained volatile due to an election year followed by a Covid-led price hike. The management expects a stable EBITDA margin of around 20 percent for CCVL, which could lower the group margins to a similar level in the future. The bottom line is that CSL is expected to grow with the proceeds from the IPO, which will help repay the outstanding NCDs and significantly reduce the interest burden. It is now 11 percent of FY21 revenue.

CSL’s net worth went negative in FY21, not due to operating or cash losses, but rather due to restructuring, mainly at CCVL. The outstanding NCDs of 1,238 billion were charged in December 2019 at 17.5 percent interest per annum on investments in Sanmar Group International-SGIL (₹ 482 billion) and the repayment of advances from their promoter Sanmar Holdings Limited ( SHL) (₹ 673 crore) with the remaining amount used for debt servicing. CSL has repaid its SGIL investment in FY21 and another yen 979 billion investment in a joint venture with a group company.

In FY21, CSL reported cash flow from operations of 1.076 billion and 2.151 billion from repayments of equity interests in associates and JVs. In addition, Sanmar Engineering Services Limited (SESL), which owns SHL, secured a term loan of 1,220 billion yen prior to the acquisition by pledging the CCVL shares. The pledge continues and the proceeds from the sale offer are expected to significantly reduce the debt and liquidate the pledged shares. An Egyptian chemical plant (not related to CSL) acquired shortly before the financial crisis of 2008 put a heavy strain on the Group’s financial position. The debt rescheduling of the company and the expected improvement in financial ratios will reduce the burden on the group. It is expected that with the completion of the intercompany transactions in FY21, CSL will not be part of the activity. Investors should look for an independent path, which CSL will follow in the future with internally financed expansion plans without participation in group companies.