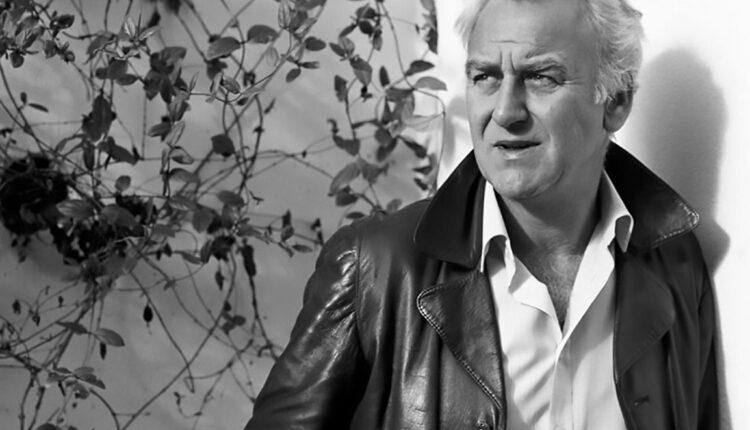 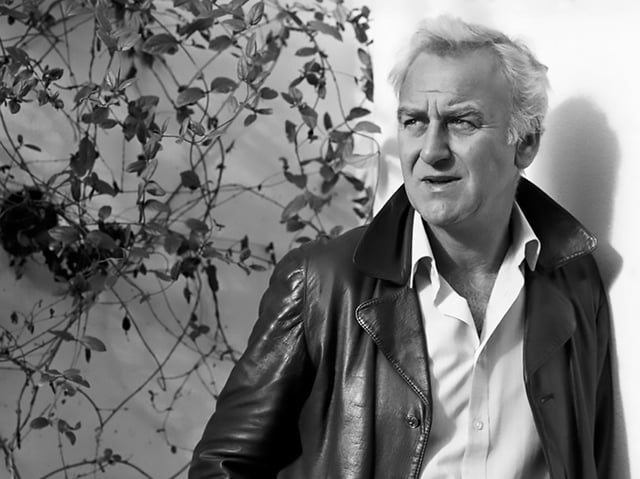 He was recently asked to exhibit some of his portraits in the newly renovated Northampton Museum and Art Gallery. No stranger to museums, nine of his celebrity portraits hang in the permanent collection of the National Portrait Gallery in London.

Last year he went to the home of actor Hugh Bonneville, who most recently starred as Roald Dahl in “To Olivia” and in the hit TV series Downton Abbey.

Lou remembered his visit and said, “I shot him in front of his house and he was just great. I told him I want to photograph you with different facial expressions: tearful, happy and sad and he just did it. He said, ‘I’ve never done that for anyone before.’

In March of this year Lou photographed the legendary sailor Sir Robin Knox Johnston CBE – the first person to sail around the world alone and non-stop in 1968 – for a personal project entitled “British Icons”.

His stylized photographs stand out against the tsunami of airbrushed Photoshop images that are sweeping Instagram and magazine covers these days.

Lou said, “I like to use the word ‘melancholy’ to describe my style. I like the calm in the picture, more the silence than always the full-blown colorful shot.

“There is very little retouching in my work. I try to keep it subtle and desaturated – that’s the feeling I like. ”

In a career spanning over 30 years, Lou has become known for capturing the character and essence of the celebrities he photographs.

A portrait currently on display at the Northampton Museum shows a Dutch actor who was invented to play the Mad Hatter in Alice in Wonderland. The pockmarks on his face are showing under his crusted white makeup.

Lou said, “That’s his character – that’s under the mask and adds to the atmosphere of the shot. It adds a pretty creepy scary feeling to the picture. ”

Another is the actor Rik Mayall from the cult TV series “The Young Ones”, who holds up two fingers in a disrespectful V-sign.

Lou said, “Rick Mayall was fantastic to shoot. At the end of the shoot, when I turned to go, I said, “Thank you,” and he jokingly put his fingers in the V mark and I took the picture. It was a very popular photo. ”

As a seasoned professional, he faced a number of challenges early in his career trying to capture the character of his subject.

Lou remembered one of them and said, “The most uncomfortable moment I had was with actor Alan Bates, one of my earliest shoots as a photographer.

“Back then I innocently asked Alan how he would like to be photographed and he went crazy, he went crazy. He said, ‘What the hell are you talking about?’ You come here to my house, you are the photographer, the producer, the director, the cameraman, it’s up to you to do it all. It was a great lesson that I learned. ”

“He should have been at GMTV in the morning, but he stayed up late at night in the bar drinking expensive nightcaps. The next morning I saw GMTV and the host said we can’t have Keith Floyd that day – he did gone down with the flu.

“He came down shortly after, and later that day we were supposed to take some fitness pictures in Hyde Park. We got him a white tracksuit and a bike. As he was cycling through Hyde Park, we noticed he had something to drink. ” Hand.

“We did the recording, however, and Keith was a great character.”

The career of the commercial and portrait photographer as the ultimate professional went better and better. He has taken on assignments for the BBC, MacLaren Racing, Bloomsbury Publishing and Avon; held numerous photo exhibitions; produced two books and pursued personal projects ranging from Behind the Scenes in London Theaters to his latest project British Icons.

In this project, he takes advantage of his obvious preference for honest and powerful portraits by capturing people who have done remarkable things.

Lou said, “I’m busier than ever after the lockdown, but I always find time for one-on-one portraits. I like to take pictures of people who have done remarkable things. ”

Lou Boileau’s works are available as Ltd edition prints to purchase at https://www.louboileau.com/ and are currently on view at the Northampton Museum and Art Gallery.