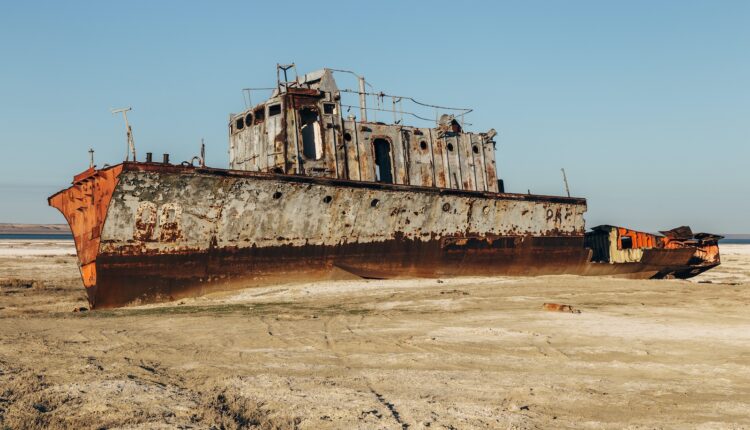 Abandoned cities. Uprooted families. Destroyed economies. Broken Lives. Communities that have made their livelihoods dependent on fossil fuels face a bleak future. The falling costs of solar and wind energy, stricter emissions controls and competition from cheap natural gas are driving the trend towards cleaner energy – all of which are killing coal. Unless there is a successful transition to discover new means of sustaining these communities, entire regions will face disaster.

Environmental policy must strike a balance between reducing the negative impact of emissions and ensuring economic stability. By phasing out fossil fuel subsidies, countries can be guided to gradually eliminate their carbon footprint while promoting economic growth. The United States should do that $ 20 billion Spend less than $ 5 billion annually on fossil fuel subsidies by 2030 to avoid wasting government money, reduce environmental impact, and provide targeted support to affected communities.

Current policies to combat climate change are ineffective around the world. Countries are not properly enforcing the carbon tax, nor are they recognizing the devastating economic effects of sudden, tough environmental policies. Existing taxes on carbon emissions are too low to have any effect as nations are not stopped from creating emissions. the the four largest CO2 emitters– the US, China, India and Russia – are responsible for half of all total CO2 emissions and have no CO2 tax at all. In addition, these governments spend taxpayers’ money on economic subsidies, which leads to increased fossil fuel consumption.

The future is waiting.

The gradual reduction in fossil fuel subsidies will allow government funds to be used more productively, allowing nations to be much more successful in meeting climate goals. Funding should be made available to reach areas of society desperate for resources to help them prepare for possible fossil fuel elimination. Reduced CO2 emissions will follow. Newly found funding can flow into targeted safety nets, health care and education. Countries like Indonesia need these developments to pursue expensive energy alternatives and provide support for sustainable energy systems.

The goals for sustainable development formulated by the UN General Assembly in 2015 are intended to both build a sustainable future and promote sustainable economic growth. The strategic dismantling of fossil fuel subsidies is an important way to achieve these goals, even if they are not achievable by the set deadline of 2030. The elimination of subsidies would encourage nations to adopt low-carbon infrastructure and Reduce CO2 emissions by 6 to 13% by 2050. It is a necessary step to meet the 2 ° C target.

A gradual cut in subsidies for fossil fuels would lead to the creation of better and fairer social systems for the disadvantaged. China, for example, spent an amazing time $ 30.5 billion to subsidize the consumption of fossil fuels by citizens in 2019. These funds could have been diverted to help those affected by climate change. You could reduce poverty and create it Food inspection and sustainable agriculture. A cut in subsidies would also counteract inequality, as these subsidies benefit disproportionately wealthier households, especially in developing countries.

Some climate activists and Organizations argue that a global carbon tax would be easier on reducing emissions than removing fossil fuel subsidies. The ambiguity in finding the right balance is seen as too dangerous. However, a carbon tax would encourage companies and countries to engage in corrupt transactions in order to meet their quotas. It would need grandfather clauses for existing factories and special exemptions for industrial sectors with outsourcing for developing countries. With these bottom-up forces, a developing country is unlikely to impose carbon taxes on fossil fuel industries such as coal-fired power plants. This enables greedy countries to use taxpayers’ money to advance their economic interests at the expense of the environment. By gradually reducing fossil fuel consumption, we can avoid wasting the potential to improve the environment while maintaining economic viability.

In order to reduce CO2 emissions, it is crucial to also address the future of our economy. The United States and all governments should take a proactive approach to gradually reduce fossil fuel subsidies. By implementing this initiative, the world will promote, achieve and maintain peace, prosperity and happiness for all. Governments should redirect funds to more critical issues in order to achieve sustainable development goals, serve the disadvantaged, and reduce environmental damage. This policy will not only save the economy, it will save our planet.