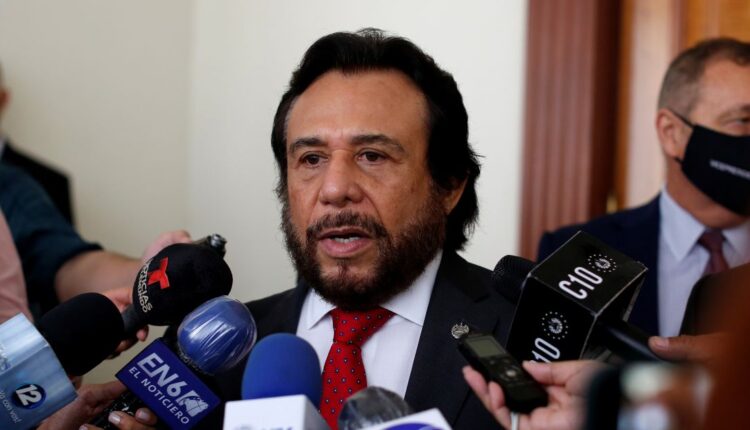 SAN SALVADOR, Aug 13 (Reuters) – The Vice President of El Salvador criticized international financial markets on Friday after government bonds collapsed over the release of a constitutional reform plan that includes an extension of the president’s term in office.

The reform would extend the president’s term of office by one year, from five to six, and include changes to the Supreme Electoral Board, the Constitutional Chamber of the Supreme Court and the Attorney General’s Office.

Investors were already on a knife’s edge over an outstanding agreement with the International Monetary Fund that was challenged after President Nayib Bukele announced his plan in June to make Bitcoin legal tender in the country.

“Which market can respond to a reform that doesn’t exist?” said Ulloa to journalists. “It seems really strange to me that no reforms have been presented.”

Ulloa’s team of lawyers has been working on the reform plan, which includes 215 constitutional amendments, since October.

Bukele has not yet commented on the plan, but economic analysts have been ringing the alarm bells.

“The proposal is causing a stir because it proposes changes to the presidential term in spite of the fact that the Bukele administration indicated that it would not,” Citigroup said in a note on Friday.

The reform package would have to be presented to parliament, passed in one legislature and ratified by the other before it could come into force.

What GMP signals before going public