rural economy: COVID-19 reveals the ramifications of the dichotomy in the urban-rural economy 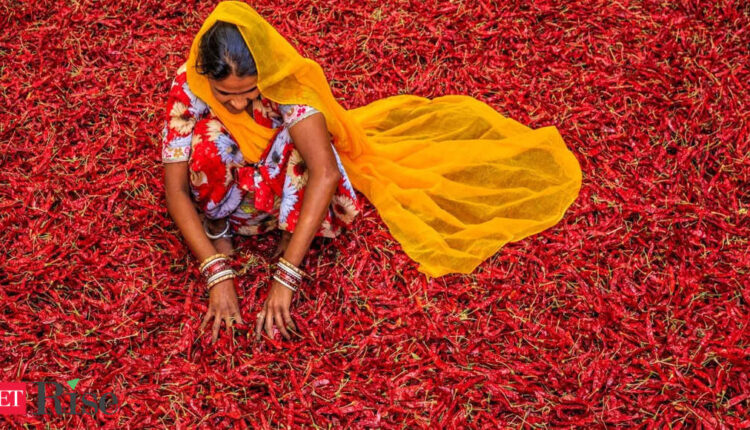 The outbreak of the COVID-19 pandemic has brought about a profound structural change in the Indian economy. During its first wave, India’s rural economy showed exceptional resilience to the effects of the pandemic, in stark contrast to the situation faced by its urban counterpart; and it soon became clear that during the first wave there was a two-speed economy in which one sector flourished while the other struggled to keep up.

With farming activities exempt from COVID-19 restrictions, farming and related activities continued unhindered, allowing the rural economy to thrive. In fact, the sector grew by 3.6 percent over the 2020-21 period; mainly due to increased rural consumption, a stable monsoon season, improved availability of irrigation canals and tap water systems, and increased government spending on welfare programs to strengthen agriculture and related sectors. Meanwhile, the institutions have been directed to step up their grain procurement efforts, bringing the country’s total food grain production to a record 305.44 million tons, up 2.66 percent from the previous year.

Traditionally, the rural economy is the bedrock of India’s economic growth, with two-thirds of the population and 70 percent of the workforce living in rural areas and the rural economy generating almost 46 percent of national income. In times of economic hardship, agriculture and allied sectors have been able to absorb the surplus of labor released in the market.

However, all of this took a turn when the second wave hit the country that year. The sector’s absorption capacity for labor has reached its threshold, with monthly rural household unemployment rates reaching an all-time high of 10.63 percent in May 2021, changing significantly due to increased personal spending on health services. This was exacerbated by disruptions in remittances of millions of migrant workers to their home villages, which had a negative impact on rural consumption, growth and food security. Supply chain disruptions also negatively impacted sectors like FMCG, electronics, etc., which boomed in the first wave in rural India.

While steps to promote rural recreation have been critical to narrowing income inequalities and regional inequality, the localization of industries and jobs is the order of the day. In addition to providing improved access to credit in the agricultural and MSME sectors through direct transfers of services (DBTs), institutional factors and a robust governance framework also need to be developed for the effective implementation of these policies. A renewed focus on the use of technology in agriculture, promoting fintech, creating opportunities for self-employment and entrepreneurship, and building resilient value chains in rural and urban markets will go a long way towards making the economy more resilient to disasters in the future .

There is no doubt that the pandemic has pushed the rural economy further into a phase of massive technological upgrading, where e-commerce channels are developing, low-ticket electronic items are becoming indispensable, and cell phones are becoming household necessities for education and other purposes will. While it would have been easy to assume that the rural economy boom during the first wave would be enough to get India through the pandemic years, it is also clear that a balance needs to be struck between the rural and urban economies in order for the the economic revitalization of the country can be initiated in such a way that it is on the way to sustainable growth and development.