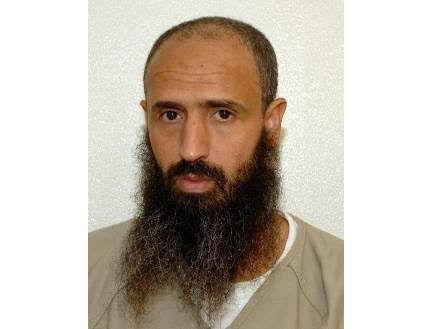 RABAT, Morocco (AP) – A Moroccan who was detained for 19 years without charge in the US detention center for terror suspects in Guantánamo Bay has returned to his family after being questioned by the police in this North African kingdom, his lawyer said on Tuesday .

Abdullatif Nasser, now 56, is the first inmate in central Guantánamo Bay to be transferred to his home country under the administration of President Joe Biden.

Upon his arrival on Monday, he was questioned by the National Criminal Police Department in Casablanca “on suspicion of terrorist acts” before he was released.

“He is now with his family, whom he had not seen in almost two decades,” said Nasser’s Moroccan lawyer Khalil Idrissi. Nasser, who could not be reached for comment, just wanted to make up for his old life, his lawyer said over the phone.

No further action is expected against his client, he added.

According to his Pentagon files, Nasser was a member of a non-violent but illegal Moroccan Sufi Islam group in the 1980s. He had been recruited to fight in Chechnya, but ended up in Afghanistan, where he trained in an al-Qaeda camp. He was captured after fighting US forces and brought to Guantánamo in May 2002.

A review committee had recommended that Nasser be repatriated in July 2016, but he remained in the detention center at a US naval base in Cuba for the entire presidency of Donald Trump, who opposed the closure of the site. In announcing Nasser’s relocation, the Pentagon cited the board’s determination that his detention was no longer necessary to protect US national security.

Almost 800 prisoners passed Guantánamo. Of the 39 remaining, 10 can be transferred. They come from Yemen, Pakistan, Tunisia, Algeria and the United Arab Emirates.