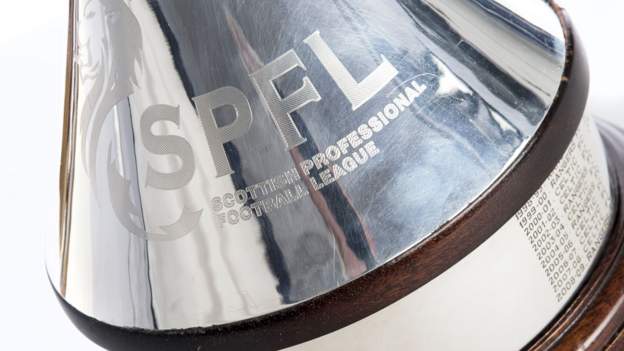 Clubs showed the Cinch logo, but the Rangers refused

The Scottish Association was prevented from bringing the SPFL’s sponsorship dispute with the Rangers to arbitration through a judicial interdict issued by the club’s chairman Douglas Park’s company.

The SPFL had asked the SFA to facilitate arbitration and warned that the dispute could prevent prize payments from the five-year £ 8 million deal with auto dealership Cinch.

Rangers insist that their refusal to promote Cinch is covered by a rule regarding breach of a prior contractual obligation with Park’s of Hamilton.

The Court of Session’s ruling means that Park’s of Hamilton, which is also an automotive company, can participate in the arbitration as an interested party, which it previously did not.

A spokesman for the group, of which Rangers board member Graeme Park is also a director, said: “We can confirm that Park’s of Hamilton Holdings Ltd successfully issued an interdict in the Edinburgh Court of Session today to prevent the SFA from going through from continuing their arbitration in relation to sponsorship of the SPFL.

“For the purposes of Park’s preliminary injunction, the court held that the failure to involve Parks was against the SFA’s own rules. This ruling now prevents the SFA from initiating arbitration without the involvement of Parks of Hamilton.”

The SPFL had written to the clubs calling the stalemate a “real and significant commercial risk”.

The letter states that the SPFL board, on which Rangers chief executive Stewart Robertson sits, has tried unsuccessfully to resolve “this very serious impasse”.

It is also said that the Rangers have not given the SPFL Board of Directors “inspection of a pre-existing contract with a third party” that would constitute a commercial conflict of interest.

“Today’s court ruling once again underscores the ongoing concerns about corporate governance and management of the SPFL,” said a Ranger statement.external link

“These concerns are shared by many of the SPFL member clubs. We followed the SPFL’s own rules, but today’s trial could easily have been avoided if those responsible had taken a more consensual and less confrontational approach.

“The executive of the SPFL had to conduct an effective due diligence before signing their contract with the new league sponsor. Instead, an inadequate and antagonistic approach seems to have been taken that is hard to imagine would be in the best interests of SPFL member clubs. “

Scotland’s leagues had been without a title sponsor last season after the previous deal with bookmaker Ladbrokes ended.

The SPFL declined to comment when approached by BBC Scotland.