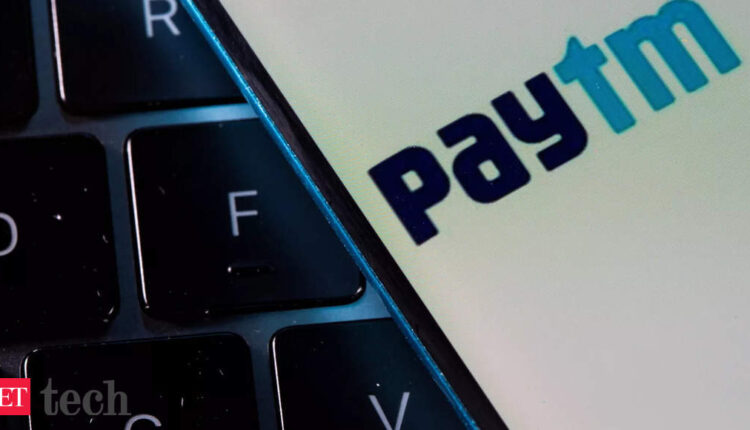 Bengaluru: Hundreds of Paytm executives are converting their employee stock options into stocks ahead of the digital payments major launching one of India’s largest IPOs later this year.

Cumulatively, the shares being exchanged could be worth more than 600 billion rupees, people aware of the matter told ET, based on the latest valuation of the Noida-based company.

To facilitate these transactions, Paytm is also working with lending companies to facilitate around Rs 100 billion in loans for its top executives, the sources said. This funding is intended to help employees deal with the tax payment during the conversion, which is levied on the difference between the current share price and the price at which the ESOPs were granted.

This initiative will involve around 300 employees, said a person who knows the details.

“They (Paytm) have received many inquiries from employees regarding the conversion and since it is a significant amount, funding is being arranged through partner lenders,” the person added.

Between the investigation of their business practices and the government’s proposed changes to e-commerce rules, Flipkart and Amazon find themselves in a difficult position.

These moves follow last month’s stellar listing for Zomato, which produced about $ 18 millionaires in senior leadership, ET reported on July 24.

Paytm has not officially commented on the expected valuation, but people aware of the company’s mindset estimate it could be more than $ 25 billion.

A Paytm spokesman did not want to comment on the latest developments.

Paytm has been issuing ESOPs for over 12 years and its stocks are currently valued at around Rs.18,000. An employee who has received ESOP grants at a price of Rs 1,000 per share will therefore be required to pay tax (based on salary grade) on the difference of Rs 17,000.

In terms of value, 80% of ESOP conversions are led by Paytm’s senior staff, sources said.

Even after the IPO, employee shares are exempt from any blocking periods. For example, Paytm has the ability to raise approximately Rs.2,000 billion in a pre-IPO round, but investors who invest money in that round are not allowed to sell their shares for a year after going public.

“I know people who took out loans and sold the stock for this before a window was available,” said a former top manager at Paytm. “Paytm’s IPO is obviously very excited and if such a move is planned in large quantities it will make funding through banks or NBFCs easier,” said the person who sold Paytm’s ESOPs during the payments company’s buybacks.

Paytm will bear the interest payment on the brokered loans, sources added. Employees are expected to repay these within six months of listing.

“This is standard for securities lending,” added one of the sources.

Earlier this month, the Noida-based company also sent a letter to shareholders asking for their nods to double its ESOP pool ahead of the highly anticipated IPO. The proposal will be discussed on September 2nd during the Extraordinary General Meeting of Paytm.

ESOPs have always been used as a tool to attract and retain talent in new age businesses. Over the past 12 to 18 months, the demand for ESOPs has increased as startup valuations have risen and record capital has been pumped into the startup economy.

Companies like PhonePe, Udaan, Razorpay, Cred, Acko, Zerodha, and Ola are among those that have granted stock options through ESOP programs. The idea is that these stocks can be sold for a higher value at the time of an IPO or a share buyback during a corporate fundraiser.

Also read:
Startups have an ESOP fable to tell

Founders often say that this is part of the “wealth creation” opportunity that comes from working for a startup where anyone can make money, not just the founders.

Several esteemed startups and new unicorns are planning to carry out similar buybacks in the coming months this year, sources told ET.

In July, Paytm, backed by SoftBank and Alibaba, filed its draft Red Hering prospectus with the Securities and Exchange Board of India (Sebi) for $ 16,600 billion, one of the largest Indian IPOs in at least a decade.