PART-TIME, NO OBLIGATION | Gig apps are gaining popularity in the pandemic economy 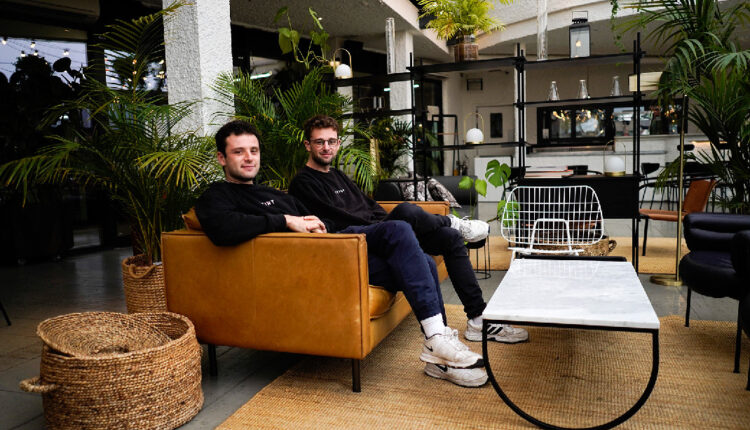 LONDON – Gabrielle Walker had been looking for a part-time job for months. She applied to restaurant chains and retailers like Nando’s and Primark and scoured the Indeed job search site.

Then, one day, Walker, a 19-year-old student at University College London, was scrolling through TikTok and stumbled upon a video about an app called Stint. A face on the screen explained that Stint could help students make money by temporarily working in restaurants and bars that require little training or experience.

Walker downloaded the app, took a 15-minute introductory course, and days later grabbed a job polishing cutlery at a Michelin-starred restaurant in London – for a day. Between May and June, she took on several other gigs and put them where she could on her schedule.

“Anyone could do it,” said Walker.

Stint, used across the UK, has grown in popularity along with similar apps in the United States such as Instawork and Gigpro as a response to the particular way in which economies have recovered from the pandemic recession. Uncertainty about the longevity of the rallies and the hesitant reopening of businesses still at risk from the coronavirus have made flexibility a top priority – for workers and workers alike.

With the hospitality industry in particular facing a labor shortage, these apps help create an ultra-short worker-employee relationship that has not been widespread in the past few decades. Walker found that even students with no relevant experience could sign up to one of these apps and likely find a paid job – just a few hours – that fits their schedule week to week.

In contrast to Stint, Instawork and Gigpro are more suitable for skilled workers or experienced workers who want or need short-term shifts. Taken together, the newer apps represent a variation on the many gig apps that have emerged in recent years – from Uber and DoorDash to TaskRabbit and Thumbtack – that typically serve households that require a one-off service. What sets the latest apps apart is that they connect workers with employers who have a constant need for manpower but who don’t necessarily want to commit to permanent positions given the uncertainties caused by the pandemic.

“It’s no surprise that during COVID, when everything went virtual, these … marketplaces could have exploded,” said Fiona Greig, co-president of JPMorgan Chase Institute, a global financial think tank whose research expertise includes online platform economics.

The co-founder of the Stint app, Sol Schlagman, is holding his smartphone displaying the app on Monday 23 August 2021 at his headquarters in Camden, London. Recruiting gig workers play a role in alleviating this shortage, like Stint . (AP photo / Alberto Pezzali)

The newer gig apps could potentially help alleviate labor shortages in England, where almost all pandemic restrictions were lifted last month. Most recently, its “pingdemie” – in which the National Health Service asked people to self-isolate if they were in close proximity to someone who tested positive for the virus – bothered companies. Many workers have had to isolate themselves and some shops have had to temporarily close due to a lack of workers.

While Mamertino hopes the pandemic-related bottlenecks will ease as the UK economy reopens and the vaccine rollout continues, “a question mark that remains for the UK,” he said, “is whether companies will turn to a new post on a permanent basis,” he said. Brexit have to adjust the status quo. “

Not everyone is celebrating the trend. UKHospitality, the UK’s leading hospitality trade association, said that while companies are used to innovation, the economic forces that have caused staff shortages in the industry could be persistent problems.

The association, along with the British Beer and Pub Association and the British Institute of Innkeeping, claimed that the road to recovery requires the government to “create the right trading environment,” including widening corporate tax cuts. UKHospitality has also called for a post-Brexit visa review to make it easier for foreigners to work in the industry.

Sol Schlagman, who co-founded Stint with his brother Sam, used his own college student experience to develop it.

The Chipotle restaurant chain is using Stint to “recruit short-term workers to cover peak hours in our restaurants,” said Jacob Sumner, European director. Chilango, another grocery chain, said their stores use the app when they “need extra hands” during busy times.

“The biggest change we’re seeing is this desire for flexible staffing on both sides,” said Sumir Meghani, CEO and co-founder of Instawork, which connects companies with temporary or short-term workers.

Gigpro founder Ben Ellsworth has also observed greater flexibility in the employee-employer relationship during the pandemic. Its app, which operates in three southern US states, is being expanded to try to address the staff shortage exacerbated by the pandemic.

Ellsworth, who worked in the hospitality industry for years, said workers in restaurants, in particular, were plagued by “low wages, a lack of incentives and no real focus on flexibility or quality of life”. Many of these workers stuck at home after being fired either turned to other industries, Ellsworth suggested, or saw gig work as an opportunity to adjust their hours to suit their own needs. This realization came when companies were also looking for workers to fill part-time hourly positions, at least temporarily, as business restrictions eased.

“Now that the restrictions have been lifted and businesses are booming again,” said Ellsworth, “they are getting overwhelmed.”

While the flexibility these apps offer now meets a need, some critics see a long-term threat to workers. If gig workers replace jobs previously held by permanent restaurant or retail workers, they could reduce job security, sickness benefits and other benefits.

“The flexibility of the gig economy may be welcomed when permanent staff is lost in a crisis, but it can potentially cost society,” said Ann Light, professor of design and creative technology at the University of Sussex.

Greig acknowledged, however, that the apps can lower the barriers to entry for people in need of cash fast, a category that includes many young workers with limited work experience.

The role of gig workers for employment purposes can vary widely in these apps. Student users of Stint are hired as workers, with a guaranteed fixed salary and accrued vacation pay. On the other hand, those who use Instawork are considered independent workers who can be either contractors or employees. Gigpro users are independent contractors.

The worker apps now seem to occupy a niche. For Monty Jackson, a student at the University of Plymouth in England, the work assignments he received through Stint helped fund his swimming hobby.

He had worked part-time in restaurants and bars. But the shifts he got had affected his studies. Now he only switches on the hours he is available and sometimes gets a job on the same day that he is looking for one.

“I was drawn to flexibility,” said Jackson.