Oldham Athletic: Football Association investigates fans’ protest against the invasion of the pitch 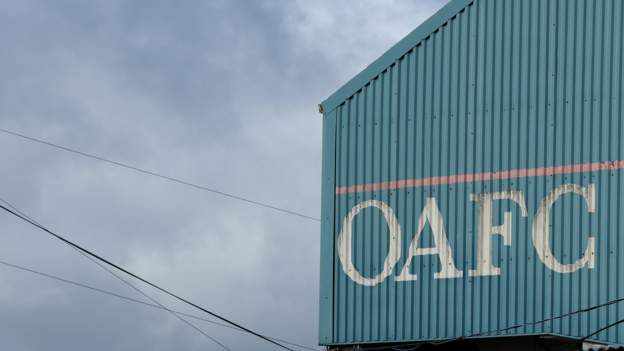 The pitch invasion on Saturday by Oldham fans after the 2-1 defeat in the second division from Colchester United to be investigated by the Football Association.

Fans broke into Boundary Park to protest the leadership of the club, with the English Football League’s Latics ending after the defeat.

The group said they “understood” the feelings of the fans but also added that they cannot support “assaults” on the field.

The statement goes on to say: “For a long time, many of us have had the feeling that poor recruitment, clumsy leadership and the alienation of fans keep the football club at risk.

“Yesterday’s excess emotion from some supporters was a direct result of this frustration and we would like to assure you that we are planning our next steps in close cooperation with you [fellow supporter group] Push The Boundary and other support groups from Monday. “

Four defeats out of four in the league have resulted in Keith Curle’s side slipping to the bottom of the second division with just two goals scored.

“Supporters will show their disappointment when things don’t go their way and the way they show it is vocal,” Curle told BBC Radio Manchester.

“I understand their frustrations and feel for them. We’ll work harder.