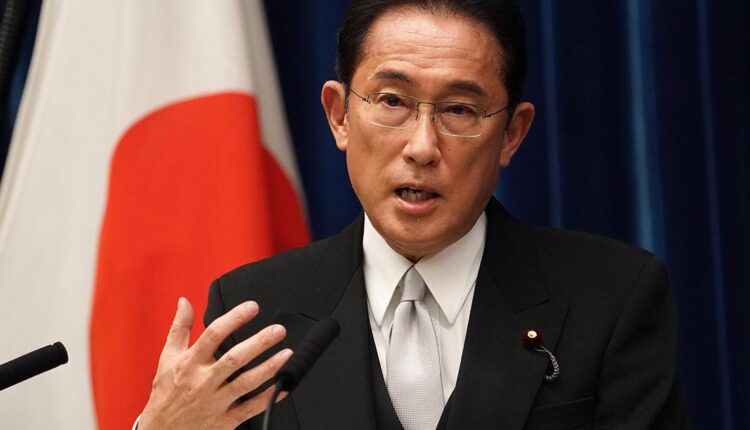 WASHINGTON, DC – If Japan’s new Prime Minister Fumio Kishida hopes to win voters before the elections later this month, he will have to convince them that he can cure his country’s pandemic-stricken economy. Before Kishida took office on Monday, 66% of Japanese adults said it was a bad time to find a job where they lived, and nearly half (47%) said economic conditions in their area were going to be deteriorated.

This latest data comes from Gallup’s World Poll, conducted from mid-June to mid-August, as Japan continued to struggle to contain the COVID-19 pandemic. Japan struggled with slow economic growth for years before the pandemic, and suffered some of the worst declines during that time.

The current 18% who now say it is a good time to get a job and the 66% who say it is a bad time are only a modest improvement and well below most of them last ten years. Japanese pessimism in local labor markets reflects that in 2020 the country’s economy had the lowest job-to-job ratio in nearly 50 years.

Japanese adults are cynical about the direction of their local economy 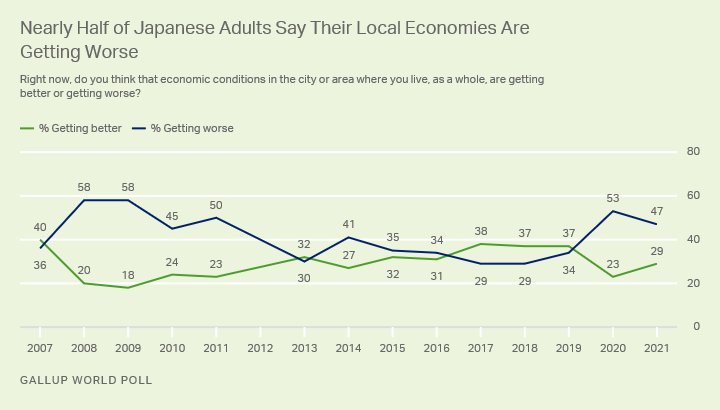 Line diagram. Japanese Adults’ Perceptions of Their Local Economy. Currently, 47% of Japanese adults say their local economy is deteriorating, while 29% say they are getting better. This compares to 34% who said they were getting worse and 37% who said they would get better in 2019.

Most Japanese adults lack confidence in their national government 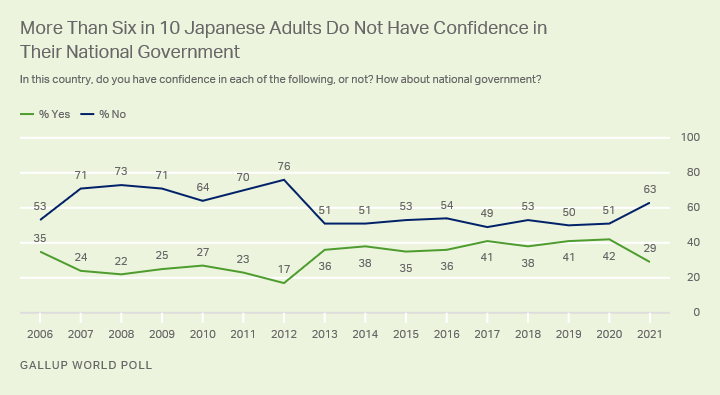 Line diagram. The percentage of Japanese adults who trust their country’s national government. Currently, 63% lack confidence while 29% have confidence. This compares with 41% who said they were confident and 50% who didn’t in 2019.

Kishida comes into office and faces serious economic challenges, compounded by people’s lack of confidence in the Japanese government. These problems would be daunting for any leader and will only be made more urgent with the parliamentary elections scheduled for October 31st.

Japanese politics has long been described as a struggle between the various factions of Kishida’s Liberal Democratic Party (LDP). The party has been the dominant force in the government of Japan since the end of World War II and has been the ruling party in Japan 90% of the time since its inception in 1955. The LDP was in power only between 1993 and 1994 and 2009-2012. However, given the country’s economic troubles, low confidence in the government, and the short time to change things before the elections, political change could be on the cards for Japan.

The full methodology and specific survey data can be found in the details of Gallup’s country data set.

Find out more about how the Gallup World Poll works.