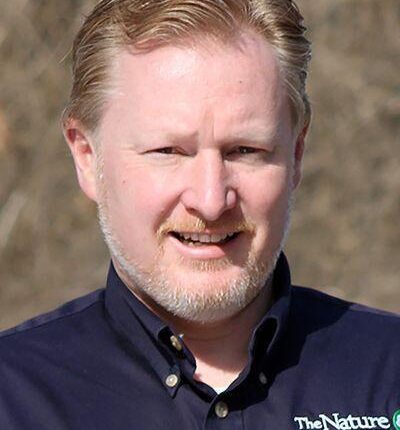 CHARLESTON – The West Virginia Nature Conservancy and the West Virginia Chamber of Commerce have teamed up to conduct a statewide poll of registered voters in the state of Mountain, conducted by Research America, to determine public opinion about the future of the state and the way it is to investigate the changing energy industry.

“The data shows West Virginia is committed to an energy transition,” said Thomas Minney, executive director of The Nature Conservancy in West Virginia. “We were intrigued to see that while voters are overwhelmingly appreciative of our energy heritage, they also recognize that the nation is changing its energy economy and that West Virginia should focus on leading the next generation of clean and renewable energy.”

Questions about personal economic security dominated the answers in the survey. When asked about the most important initiative elected officials could take to help their community, the majority of voters in coal country want more jobs (70%). Half of coal-country voters polled (49%) said they would be willing to move to another area of ​​West Virginia if there are well-paying jobs and better opportunities in new industries.

In addition, “supporting the coal industry” (14%) and “investing in clean energy, getting out of coal” (12%) were mentioned almost equally. This question was unsupported and open, which means that respondents’ comments were not prompted by mentioning programs or topics.

The poll also went beyond the energy issue to see what West Virginia voters should think for the future. When investigating potential elements of a comprehensive infrastructure improvement plan across the state, people saw the greatest benefits in high-speed broadband and securing power grids.

More than half (53%) of coal-country voters said things are going in the wrong direction in West Virginia right now, and only 27% think things will get better in the future. While there is a lack of optimism about the current state and future of West Virginia, there is a willingness and will to change.

“This was an opportunity to see what West Virginia voters really thought about a very important issue in the state,” said Rex Repass, president of Research America. “Respondents cite benefits associated with moving to clean energy, including new jobs, economic growth and a cleaner, healthier environment for future generations.”

The poll was conducted among 400 registered voters across West Virginia, with demographics similar to that of the state. In addition to the main nationwide sample, an over-sample of 100 voters within the coal country – the heavy coal-producing counties across the state – was conducted. Voters were contacted via landlines, mobile phones and online between June 21 and July 2. The confidence interval of the survey is 95% with an error rate of ± 5 percentage points.