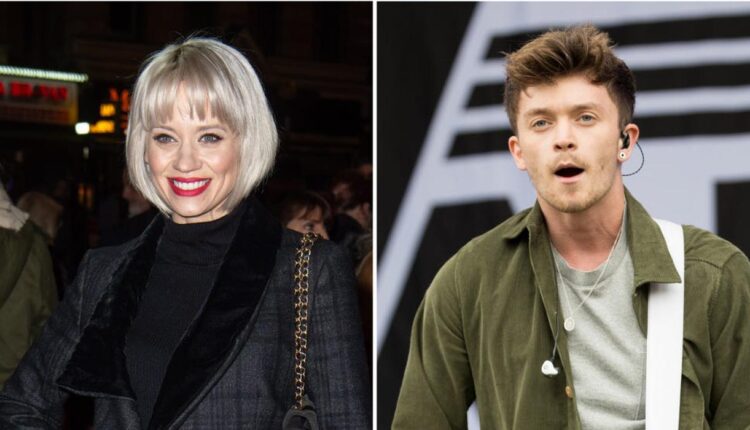 The Vamps’ Pussycat Dolls star Kimberly Wyatt and Connor Ball are the latest celebs to be announced for Dancing On Ice.

American singer and dancer Wyatt, 39, told Heart Breakfast: “I signed up for Dancing On Ice!

“I’m just curious what I can do there. I am ready for a challenge! “

Previously, she was a juror on the dance competition show Got To Dance from 2009 to 2014 and won the BBC’s Celebrity MasterChef series in 2015.

The group released their comeback single in 2020 (Global Radio / PA)

The group released their comeback single in 2020 (Global Radio / PA)

The Pussycat Dolls were founded in 1995 by choreographer Robin Antin as a burlesque troupe and released hits like Don’t Cha, Buttons and Stickwitu.

The girl group, consisting of Nicole Scherzinger, Ashley Roberts, Carmit Bachar, Jessica Sutta and Wyatt, later split up in 2010, but reunited and released a comeback single in 2020 called React.

The group was slated to go on a world comeback tour this year, but the concerts have been postponed due to the pandemic and had to face further delays.

25-year-old musician Ball, best known as the bass player for the popular British boy band, said he was “obviously excited, but I’m really nervous” after it became known that he was joining the skating series.

Speaking to Capital Breakfast DJ Roman Kemp, Sian Welby and reigning Dancing On Ice champion Sonny Jay, he added: “I’m pretty clumsy and accident prone. Ice is hard! It was pretty hard to keep the secret. The rest of the band knows. You are really looking forward to me. “ Connor Ball, left, and Tristan Evans of The Vamps (PA)

Connor Ball, left, and Tristan Evans of The Vamps (PA)

Dancing On Ice is set to return to ITV in the New Year, with 12 celebrities hitting the rink to impress audiences and judges.

However, John Barrowman, who joined the jury in 2019, will not be returning.

At the beginning of the year he admitted to having exposed himself to colleagues.

The actor said he appeared on the sets of the BBC shows Doctor Who and Torchwood on Tomfoolery.

6 Months to Live or Die: How Long Should an Alcoholic Liver Disease Patient Wait for a Transplant?