Mixed signals, but the economy is on track – San Bernardino Sun. 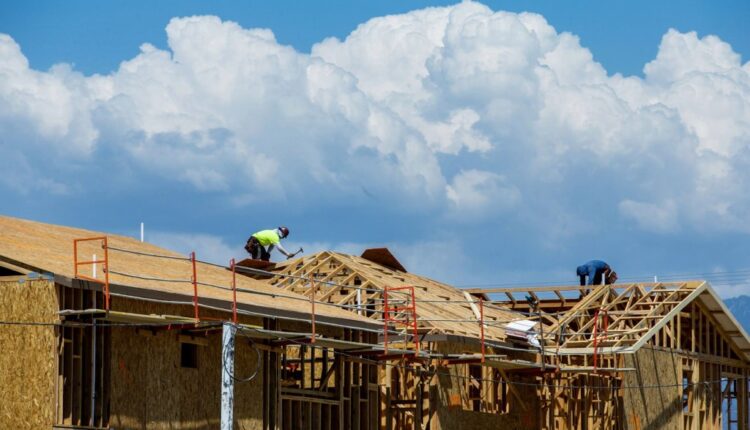 By Manfred W. Keil and Robert A. Kleinhenz | Economic Partnership of the Inland Empire

We are in the middle of summer, six weeks since California reopened on June 15, but the job market is sending mixed signals about the current recovery. You’re struggling to find gasoline for less than $ 4 (and more likely to have paid almost $ 4.50 a gallon at the gas station), your brother-in-law complains that he was driving for $ 110 a day for A cheap rental car had to pay for a vacation in Hawaii, and the delta variant of the coronavirus, which is triggering a new wave of infections, makes us wear masks again indoors. Real estate prices are at an all-time high, depending on where you are in California. Where are we going from here?

To be clear, while June 15 was the magical date for California to open, an overnight return to pre-pandemic activity levels was never in sight. As mentioned in this column, the recovery has been and is inconsistent across all economic segments and is measured in quarters rather than weeks. People not only restrict their activities due to government regulations, but also if they do not feel safe out there.

Overall, there is more “good news” than “bad news” about the economy, including a small article that didn’t make the front section of your paper: This is what the National Bureau of Economic Research (NBER) Dating Committee found the last recession ended in April 2020. Wait a minute, aren’t we in July 2021? Why did it take you over a year to declare it was over? The short answer is that the popular press’ s definition of a recession as two or more quarters of negative growth is oversimplified. While the current downturn would have qualified with this criterion (GDP had grown negatively in Q1 and Q2 2020), the NBER also takes into account the performance of additional indicators such as labor market conditions, personal expenses, retail sales, and industrial production measures in dating business cycles. In addition, recessions are defined by months rather than quarters. Therefore, it takes time to commit to an exact date. Why should we even date business cycles? Because it gives us a clue on how to compare these episodes over time.

Macroeconomic activity, as measured by GDP, has been on the upswing for more than a year, starting in May 2020. In fact, the forthcoming GDP figures are likely to show that second quarter GDP has hit or exceeded its previous high, which is means that the recovery is complete and the economy is entering the expansion phase of the current business cycle.

Our updated forecast is 9.1% for real GDP growth, which is only slightly above the median forecast of the so-called “blue chip” forecasters. The Atlanta Federal Reserve Bank has a highly regarded quarterly GDP estimate based on the latest public information available, and their forecast is 7.5%. With GDP growth rates this high for the current quarter, we expect an annual GDP growth rate of 8%, the highest annual rate since the 1980s. With increased growth also in the next year, GDP in the coming quarters will overshadow its growth path before the pandemic.

Of course, problems with the country’s supply chains (microchips and cars, oil) and the “base problem” have led to inflation as the economy has recovered. The 5.3% annual inflation rise is the largest since August 2008, and if you exclude food and energy, the 4.5% rise is the highest since November 1991, but this annual inflation rise is in part due to that it was deflation in the early stages of the recession a year ago. In the early stages of previous recoveries, above-average inflation rates have emerged as cautious suppliers respond to orders placed but careful not to be too far ahead of demand.

In this recovery, their cautious response is compounded by staffing issues and bottlenecks in inputs attributable to the pandemic itself. Increased inflation rates will be with us temporarily over the next few months until these challenges are addressed, but are unlikely to be permanent. If the Fed believed this was permanent, it would hike rates sooner rather than later and slow expansion.

At the state level, it is encouraging to report that California’s gross national product is closely in line with the US quarterly growth rate, despite the state’s more conservative approach to the pandemic. In addition, national personal income increased from April 4.

With a full recovery in GDP in sight, it will take national and local labor markets longer to fully recover. Despite some headlines citing disappointment with the pace of job growth, an average of 567,000 jobs have been hired per month over the past three months, well above average post-recession job growth. However, it will take up to a year for the national labor market to fully recover. By comparison, if recent Inland Empire job gains are sustained, it will take roughly nine months to fill the remaining 60,000 job gap.

The housing market continues to provide impressive statistics. The average price of a home in the Inland Empire was $ 525,000 in June, up 28% year over year, with sales up 17% over the same period. Long-term demographic trends, short-term reactions to the pandemic, low interest rates and a tight supply have pushed the median price into record levels. In response, new home construction in the region rose 27% year-over-year through May, with single-family homes accounting for nearly nine out of ten newly built homes. Nevertheless, the region still has a housing shortage, particularly in the rental market, where the vacancy rate for the Inland Empire was just 2.6% in the first quarter.

Recent action by health officials is a reminder that the pandemic has not yet been fully contained. New restrictions on activities in public places such as shops, restaurants and entertainment venues are expected to “bend the curve” and stop the increase in Delta variant cases. Given current vaccination rates, it seems these measures could dampen growth in some areas, but the recovery will continue nonetheless.

The Inland Empire Economic Partnership’s mission is to create a regional voice for business and quality of life in Riverside and San Bernardino Counties. Its members include private and public sector organizations.