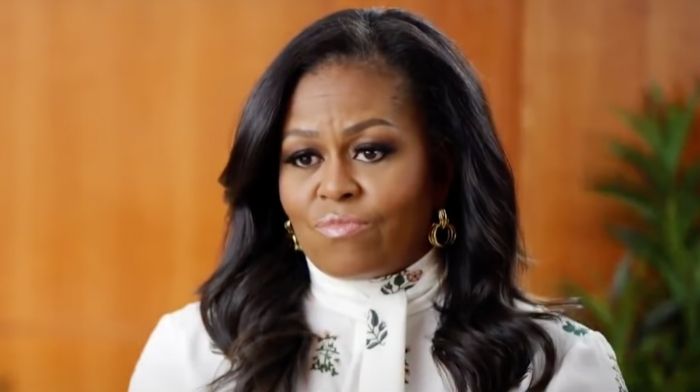 Former first lady Michelle Obama has teamed up with a list of celebrities and influencers to sign an open letter urging for the right to vote.

Michelle is pushing the left agenda

When We All Vote and March On For Voting Rights joined forces in an open letter calling on Congress to pass federal voting rights. Essence reported that it was in response to the 400+ bills being brought into the legislature nationwide, with Republicans saying they would promote the integrity of the elections. However, Democrats have argued that these bills are racist and aim to suppress voting.

Michelle, the co-chair of When We All Vote, and over 70 celebrities responded with this letter urging Americans to march, call, email, and use social media to contact U.S. Senators . Celebrities who signed the letter include Al Sharpton, Alicia Keys, Taraji P. Henson, and Shaquille O’Neal.

See also: Barack and Michelle Obama ‘heartbroken’ on the terrorist attack in Afghanistan

“We face a coordinated national attack on our voting rights and our democracy is at stake,” said Stephanie L. Young, executive director of When We All Vote. “We won’t let that happen. When We All Vote will continue to mobilize our community to fight for every American’s right to vote. That struggle begins by asking the Senate to adopt and pass the John Lewis Voting Rights Advancement Act and the For the People Act.

Michelle teams up with Stacey Abrams

“Our democracy and our voice – the foundation of this nation and the most powerful tools we have as citizens are under attack,” Abrams said, and Michelle added, “Right now, dangerous laws are being proposed across the country that will limit freedom.” to vote, to cast our ballot papers and to have our votes counted. “

“Many of these proposals would disproportionately affect black, brown, young and working-class voters and voters with disabilities,” Abrams continued.

Sign up to get the latest Political news, insights, and comments are delivered straight to your inbox.

“We are working to change the future of this nation,” said Michelle. “It won’t be easy, but nothing that important ever is.”

“Are you in?” Tell Michelle and Abrams at the end of the video.

This piece was written by James Samson on August 29th, 2021. It originally appeared in LifeZette and is used with permission.

Read more at LifeZette:
Melania Trump talks about “very special” son Barron
Jill Biden breaks her silence over the terrorist attack in Afghanistan
Chris Wallace says attack on US soil from Afghanistan would be “curtain for Biden presidency”

The opinions expressed by contributors and / or content partners are their own and do not necessarily reflect the views of The Political Insider.

Kick good prices out on the street