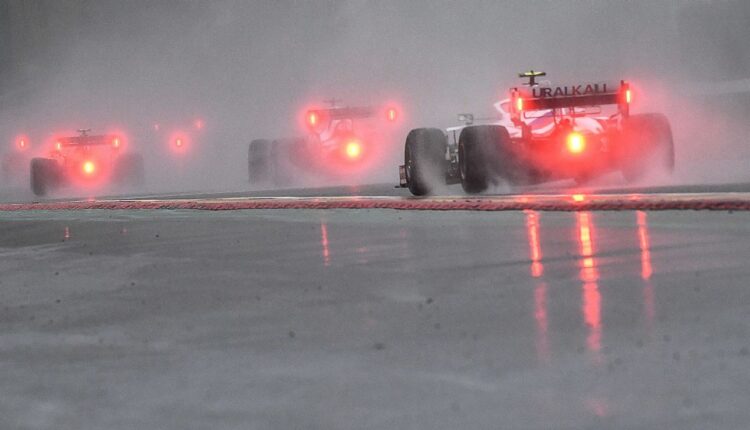 McLaren boss Zak Brown said the debacle at the Belgian Grand Prix highlighted the flaws in Formula 1’s current governance system, which he said the sport was unable to avoid the negative effects of Sunday’s event.

The event, branded as a “farce” by reigning world champion Lewis Hamilton, was driven just three laps behind the safety car due to heavy rain, which was considered unsafe. Although no race laps were driven, half points were given to the top 10 finishers.

On Sunday evening, Mercedes boss Toto Wolff said F1 had to “move on” after the spa debacle, but Brown disagreed, saying the sport needed measures to ensure a replay is impossible.

“I am very pleased that the head of our sport, Stefano [Domenicali], shares the same view that this was an unacceptable result and has called all the team leaders in Holland together to discuss, address, learn from and fix it.

“I think the biggest mistake we could make would be not to learn from the mistakes we made last weekend.”

– Vettel says distributing points for the Belgian GP “a joke”

The weather at the Belgian Grand Prix put F1 in a difficult position, with postponement to Monday or later impossible, both due to the rigid schedule of the sport and the fact that F1 was not authorized to do so without FIA approval to do. However, FIA Race Director Michael Masi, who ultimately decided the conditions for the race were uncertain, also had no personal authority to postpone the race beyond Sunday evening.

Brown, who previously spoke out in favor of removing F1’s 10 teams from the rulemaking process, said Spa was an example of F1 needing a person with ultimate authority to step in and make a decision – in this case, his opinion after the F1 boss Domenicali.

Sunday’s race reminded Brown of the infamous 2005 US Grand Prix, which saw only six cars competing at Indianapolis Motor Speedway due to a dispute between Formula 1, the teams and the FIA ​​over Michelin tire problems.

“I think stepping back and checking how the weekend went is exactly what the sport needs to do,” said Brown. “[The situation showed] an overarching point on governance, how sport works, and highlights some of its shortcomings.

“What I particularly like is the governance and the way the sport works when you come to a place like this.

“It’s the same, here’s the comparison to the [2005] US Grand Prix is. There you had a situation where the FIA, Formula 1 and the teams had different views and because of the governance of the sport the end result was they ran a race but lost the North American fan base for 10 years.

“Although the teams have the ability to be extremely myopic, and this is bigger than the Belgian Grand Prix in general, I think that more control and control over the sport needs to be with Stefano because unfortunately the teams – not” all of them , but too many – just think through what is best for you for the moment and don’t think about the aftermath of a US Grand Prix where everyone lost.

“There are some similarities.”

He added: “All other sporting events would be postponed … [In F1] You can’t just let it go on Monday, you know where are the marshals? And we fly things around for other races.

“I think we have to learn … if we had got into the Grand Prix and the future Grand Prix with ‘if that happens, we’d do this, let’s do it’, but when we realized that this race wasn’t It won’t happen at 6am on Sunday, it’s too late to react. “

The F1 season continues with the Dutch Grand Prix on Sunday at 8:55 a.m. ET live on ESPN.