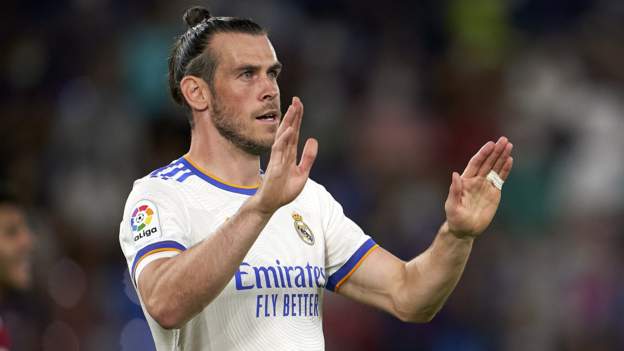 Real Madrid and Levante played a six-goal thriller in which Gareth Bale scored the first La Liga goal since 2019 and a field player landed in the goal.

Bale scored after a pass from Karim Benzema but Roger Marti leveled 28 seconds after the restart.

Rober Pier put Levante back in the lead, but Vinicius cleverly made it 3-3 before Levante goalkeeper Aitor Fernandez was sent off.

He ran 20 yards outside his box and managed to prevent Rodrygo from getting past him, with defender Ruben Vezo scoring a goal in the final minutes.

Fortunately for Levante, Real never forced him to parade.

When Bale kicked off for Real with a clever first deal, it looked like that would be the story of the game.

Back in the picture under Carlo Ancelotti, it was the Welsh legend’s first goal since September 2019 and his first for Real in a competition since January 2020.

At halftime, Real were 1-0 up and looked like the only question was how much they won.

Less than 30 seconds after the restart, the Valencia hosts equalized with their first shot on goal when Marti scored after a through pass from Gonzalo Melero.

Then they took a sensational volley from Campana into the top corner after a cross from Jorge de Frutos.

At that point, Real broke Bale in a triple sub that saw Vinicius come on – and the Brazilian saved Real.

First he ran up Casemiro’s steep pass before he kept his composure and drove home.

But Vinicius’ shortened finish on the inside of the post saved Real a point.

Fernandez’s red card came at an inconvenient time for Levante, a minute after their last substitution, but luckily for them Real Vezo’s gloved cameo was unable to take advantage of six minutes of added time.