Japan’s Seto fails to qualify in 400 IM; Aussie is on top time 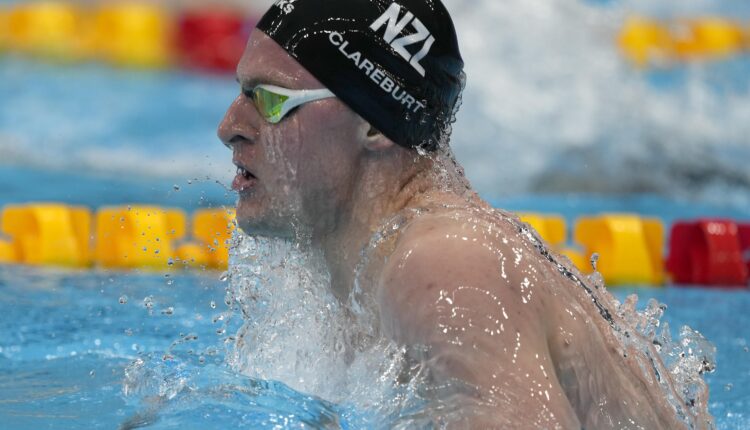 TOKYO (AP) – Daiya Seto from Japan was surprisingly unable to qualify for the 400-meter individual layer final on Saturday at the opening night of swimming at the Olympic Games in Tokyo.

Seto, bronze medalist in Rio five years ago and three-time world champion in the event, finished ninth. Only the top 8 made it to the final on Sunday morning

Brendon Smith from Australia led the way in 4 minutes and 9.27 seconds. Lewis Clareburt from New Zealand was second fastest with 4: 09.49. American Chase Kalisz, the Rio silver medalist, qualified third in 4: 09.65.

David Verraszto from Hungary, the oldest swimmer at the event at 32, came fourth. Jay Litherland from the USA also made progress

With no fans at the 15,000 Tokyo Aquatics Center, masked teams had enough space to spread out in socially distant seats above the deck. The US contingent waved tiny American flags and pounded red, white and blue Thunderstix, while the Germans spread their large-format flag over two rows of seats.

While they waited for the session to begin, the Americans sang “Dr. Biden, Dr. Biden ”and clapped. The US First Lady, who was sitting across the pool, got up and waved back.

None of the usual electricity that normally flows through the Olympic pool was present. Teams called out the names of their swimmers during the race when the sound of the rippling water could easily be heard and music played.

Nyjah Huston and skateboarding are Olympic – but is the sport sold out? | Tokyo Olympic Games 2020

Virus resurgence threatens the economy as rescue programs run out