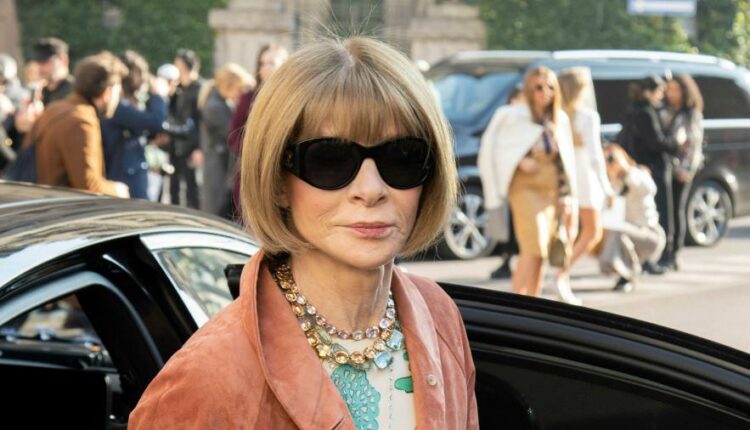 People were already lamenting the golden age of magazines when I joined Vogue in February 2008. Budgets were scrutinized and there was a widespread rumor that “city car” use and floristry expenses were being carefully monitored.

But despite the turmoil in the financial markets, publishers remained optimistic about the future of Condé Nast: Just as readers turned to Vogue through two world wars and previous recessions, they were assured that the title would again prove impregnable. The advertising was lively.

There was a vague discussion that Condé should perhaps consider digital subscriptions, but the counter-argument went that Vogue was primarily a visual medium and no reader would pay to view images on a screen. Meanwhile, the magazine’s online arm was being treated like a bastard kid who was expected to deliver clickbait content that resonated with Daily Mail readers.

Meanwhile, the mythology of Vogue continued, supported by a blockbuster documentary, The September Issue, and ironically, the internet, which, with its obsession with new influencers, found that each title nurtured its own cult personalities – the elegant Emmanuelle Alt of Vogue Paris, Vogue China’s Angelica Cheung with her sharp bob and her gigantic social media profile, Germany’s soigné minimalist, the radiant Christiane Arp.

Back then there were around two dozen Vogue titles, with new editions appearing every year. They were highly competitive and exhibited tribal rivalries, with each magazine maintaining an editorial identity to distinguish it from the mothership – Anna Wintour’s US Vogue.

Not that the casual reader really noticed. In the seven years I’ve worked for UK Vogue under Alexandra Shulman, most people have just asked what it’s like to have Anna in charge.

In a massive “hubing” of titles, the regional editions were recalibrated so that the magazines now look largely the same except for a little “local content”

Everyone works for Wintour now. At least everyone at Condé Nast, where the 71-year-old has been Chief Content Officer worldwide since the end of 2020 and after a long period of consultation and the need for the US division to generate around 100 million in annual losses, the regional titles were grouped together. In a massive “lifting” of titles, the number of employees was reduced and the regional editions were recalibrated so that the magazines now look largely the same except for a little “local content”.

GQ has now run out of America. House & Garden and Traveler have experienced a similar homogeneity. Vogue now has three senior editorial directors including British Edward Enninful who now oversees Europe and Leslie Sun who oversees Asia while most of the others are retired. Anna Wintour is the top dog: with the last word on publications in more than 30 markets worldwide and control of all Vogue issues. The New Yorker, which overtook Vogue as Condé Nast’s largest contributor to US earnings, is one of the few titles that has been shielded from its almighty gaze.

Seeing Condé Nast being forced to make drastic cuts could give its competitors cause for celebration – after all, I’m also talking about How to Spend It, a luxury magazine – if it weren’t for most of the monthly publications, which most publishers tend to get through in the same way. The Condé Nast cuts are particularly well known, but while the media is enjoying all the gossip, it is a tragedy for the entire industry.

For decades, Condé Nast has nurtured generations of creatives whose work has fed our cultural life: reducing the talent pool that neutralizes opportunities. There is less experimentation, magazines are becoming even more susceptible to advertising brands. Designers will see their clothes in a story rather than a dozen.

The hub turns Condé away from an expensive and old-fashioned system and allows the company to shift its focus to sexier, more lucrative partnerships in television, live events, and film. In the meantime, stylists, photographers, hairstylists, editors, publicists and art directors are competing for fewer jobs. Mass storytelling results in fewer shoots, fewer stories, and fewer ideas floating around. Young creatives need to find new ways to make themselves heard.

The biggest influencers today are on Instagram or TikTok, a platform on which Vogue still has comparatively few followers

As the ultimate in command of Condé, Wintour has now assumed demigod status as the referee of style. But their power is exercised on a stage that is getting smaller and smaller. And despite their powerful influence, I cannot imagine that many people under 40 are still seeking their point of view. The biggest influencers today are Instagram or TikTok, a platform on which Vogue still has comparatively few followers and does not yet have to get a decent share.

The first issue of Vogue since the announcement is called “New Beginnings”. It’s a blueprint for editorial efficiency; powerfully harmless, collaborative (I counted no fewer than four fashion stylists who can be ascribed to a story), optimized for the digital (you can see the picture in motion) and strangely anodyn.

This week, for the first time since the pandemic, we see the fashion shows resume in earnest. The thrones in the first row of fashion will be occupied again, but the chairs that are not occupied will be more noticeable. The world of Condé has always been colorful, extravagant, ridiculous and sometimes snappy. The new Vogue may be global, but it’s lacking some magic without its local tribes.