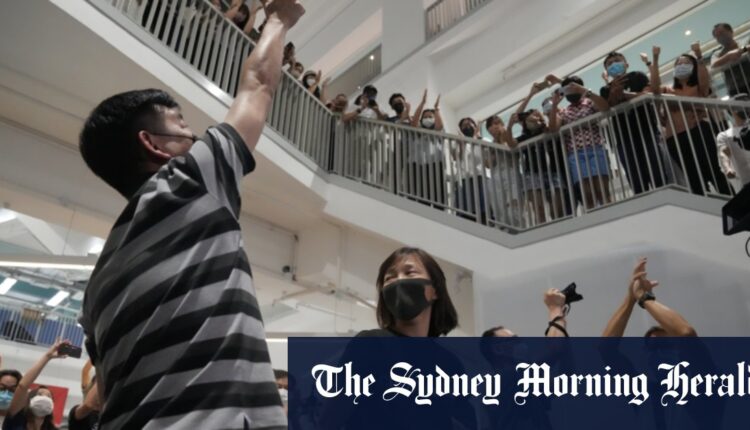 “Western media restrictions certainly put global investors in China at a disadvantage,” said Brock Silvers, chief investment officer at Kaiyuan Capital in Hong Kong. “Few investors in Huarong have a deep understanding of the financial giant’s business, and its dollar bonds will only last as long as government support is implied. Confidence in a gray area naturally leads to greater volatility. “

Anne Stevenson-Yang, research director of activist investor J Capital Research and an expert on the world’s second largest economy, agrees that a lack of transparency increases the risks for investors.

“Can you blindly throw an arrow and make some money investing in China? A lot of Chinese citizens have done that, ”she said. “But can you blindly lose money with it? Yes.”

China is not the only one arming visa issuers with weapons. Once popular frontier markets like Ethiopia and Myanmar have also detained or expelled foreign and local reporters, making it nearly impossible to find out what is actually happening on the ground. As a result, capital inflows from the United States and elsewhere have come to an abrupt halt.

Some of the measures that governments are using to intimidate media professionals have made headlines around the world, such as the forced closure of the pro-democracy newspaper Apple Daily in Hong Kong or the arrest of a Belarusian opposition journalist after the government forced the airliner he was traveling on to divert to Minsk and land. But less sensational measures – like harassing reporters at work or passing “fake news” laws that allow governments to censor their critics on the pretext of restricting misinformation – can have an equally chilling effect.

In Turkey, the world’s most prolific jailer for journalists alongside China, two Bloomberg News reporters are currently facing two to five years imprisonment on charges of trying to “undermine” the economy in a story about a currency shock from August 2018 . The lira then lost more than 40 percent of its value against the dollar during months of tensions with the US – a drop that Turkish authorities blamed foreign speculators for attacks on the currency. Last year, the country’s banking regulator broadened the definition of manipulative trading to include the media’s dissemination of “misleading or false information” about financial assets; The prosecution in the reporter’s case has charged 36 people with social media comments that are considered critical of the economy and banking.

Even in countries that promote their democratic credibility, working life has become more difficult for reporters. In the United States, an unprecedented number of journalists were attacked, arrested or otherwise prevented from doing their jobs during the 2020 protests, and dozens more have been arrested so far this year. Brazil is just one of several Latin American countries where pandemic response measures have restricted the media’s ability to report freely and public access to information.

And rights can erode at an alarming rate. In Hong Kong, once the freest place to live and do business in Asia, journalists now fear prosecution after China passed a comprehensive national security law. Officials have proposed restricting journalists’ access to the city’s business register, a move that will increase opportunities for “corruption, money laundering and fraud” warns the International Chamber of Commerce. The Biden government has also warned investors about the risks of doing business in Hong Kong as China exercises more control.

But while Hong Kong and China crack down on freedom of the press, the financial markets are booming. This year, Hong Kong IPOs were the strongest since at least 2010. About 40 percent of the $ 28 billion invested in emerging markets in June went to China’s stocks and bonds, according to the Institute of International Finance of UBS Group AG and JPMorgan Chase & Co. have become an integral part of the recommended portfolios.

However, some large institutional investors are paying more attention to social issues. The German insurer Allianz SE has included freedom of the press as one of the 18 indicators in its ESG framework for emerging markets, pointing out that it is important to keep governments under control. The French bank BNP Paribas SA also includes freedom of the press as one of its ESG criteria.

“ESG needs to incorporate government-level metrics, not just corporate metrics, as important and the funds label themselves as ESG-compliant,” said Malik of Tellimer.

But for now, at least, most ESG efforts focus on environmental rather than social. Emissions are easier to measure and less subjective than freedom of expression, and companies can be more easily held accountable.

There are reasons to see change coming. A decade ago, topics such as climate impact, diversity on the board of directors or sexual harassment in the workplace also received little attention from investors. But younger, more socially conscious consumers have used social media to collectively force companies to deal with these issues. And as the proportion of investors belonging to Generations Y and Z grows, the range of ethical issues companies must address expands.

Adding freedom of the press to the list can also benefit those looking for investment. When a newspaper closes, local government borrowing costs rise because decreased scrutiny makes investors less comfortable, a 2019 report published in the Journal of Financial Economics found.

Freedom of the press “is a very fundamental thing that must be in place before you can have any meaningful ESG metrics,” said Perth Tolle, founder of Life + Liberty Indexes, which invests in countries based on third-party rankings of various freedoms. The Freedom 100 Emerging Markets ETF, which tracks the Tolles Index, has no positions in Turkey or China and has also trimmed its position in Poland in recent years as concerns about the erosion of the country’s rule of law have increased. The benchmark MSCI Emerging Markets Index – which Tolles Index outperformed this year – is exposed in all three countries.

“The metrics are out there, the problem with Wall Street is they don’t make any money from it and they don’t like it,” said Tolle, who was born in China and now lives in Texas. “Do you think that in places without freedom of the press they will have freedom for equity or bond analysts?”

The issue of press freedom does not stay on the radar for many companies, and it is difficult to generalize its implications for investors in different countries.

“In my opinion, the importance of genuine, independent, credible journalism is growing.”

The gradual erosion of rights should worry investors, however, according to Jim O’Neill, the former chief economist at Goldman Sachs Group, who coined the BRIC acronym for Brazil, Russia, India and China.

“Investors and companies should be very concerned about freedom of the press, and editorial independence should be valued by everyone, including business people,” he said.

“In my opinion, the importance of genuine, independent, credible journalism is growing.”

The Business Briefing Newsletter delivers important stories, exclusive coverage and expert opinions. Sign up to receive it every weekday morning.

Roger Federer, Lionel Messi and the pursuit of greatness